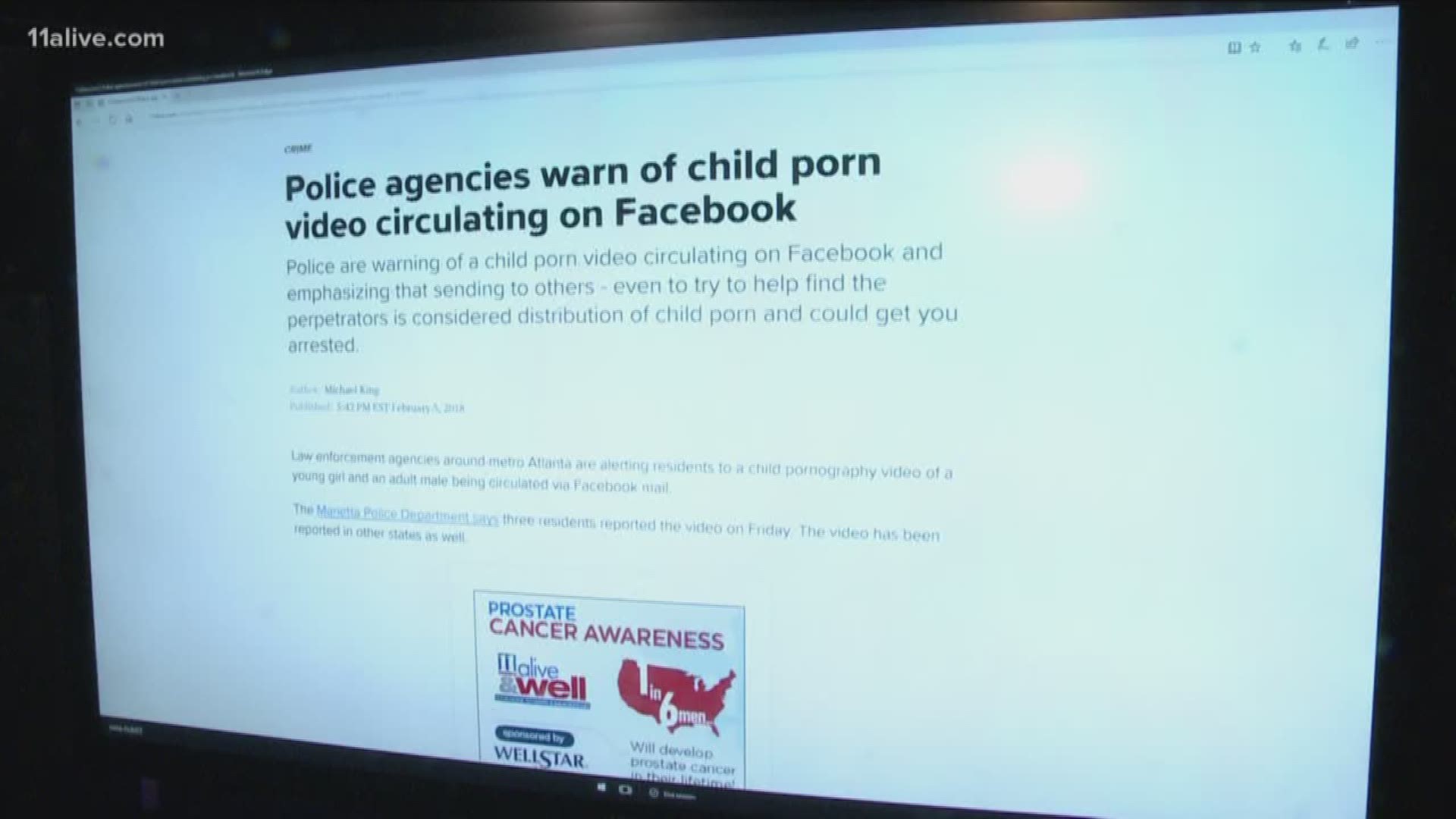 Law enforcement agencies around metro Atlanta are alerting residents to a child pornography video of a young girl and an adult male being circulated via Facebook mail.

The Marietta Police Department says three residents reported the video on Friday. The video has been reported in other states as well.

According to authorities in Memphis, the video likely originated in Alabama. Law enforcement agencies there are aware of the video and are vigorously investigating the situation.

The Marietta Police Department emphasizes that anyone who receives this video must not share the video with anyone. Sending it to others will not assist in finding the perpetrators, and is considered distribution of child pornography. This is a crime, and you could be criminally charged for doing so.

"Sharing this image is considered distribution and you could be criminally charged for doing so," department officials said. "Some people think that sharing it with the 'right person' could help solve the crime. In this case, that is incorrect information, and we do not want to see an innocent person get in trouble."

The Cobb County Police Department says they inadvertently sent a robocall about this alert to residents Friday night. While they wanted to alert residents to this issue, they did not intend to use the robocall system to do so.

"This video has been shared widely on social media," said Tony Garrett, executive director of Central Alabama Crimestoppers. "As this investigation proceeds, law enforcement issues a reminder to the public that possession, dissemination or sharing of this video is a criminal act.

"In addition to investigating the circumstances of the assault, investigators are working to determine how and by whom the video was shared," Garrett said.