Authorities say they have made arrests for similar incidents and said they are currently reviewing the video in an effort to identify these drivers. 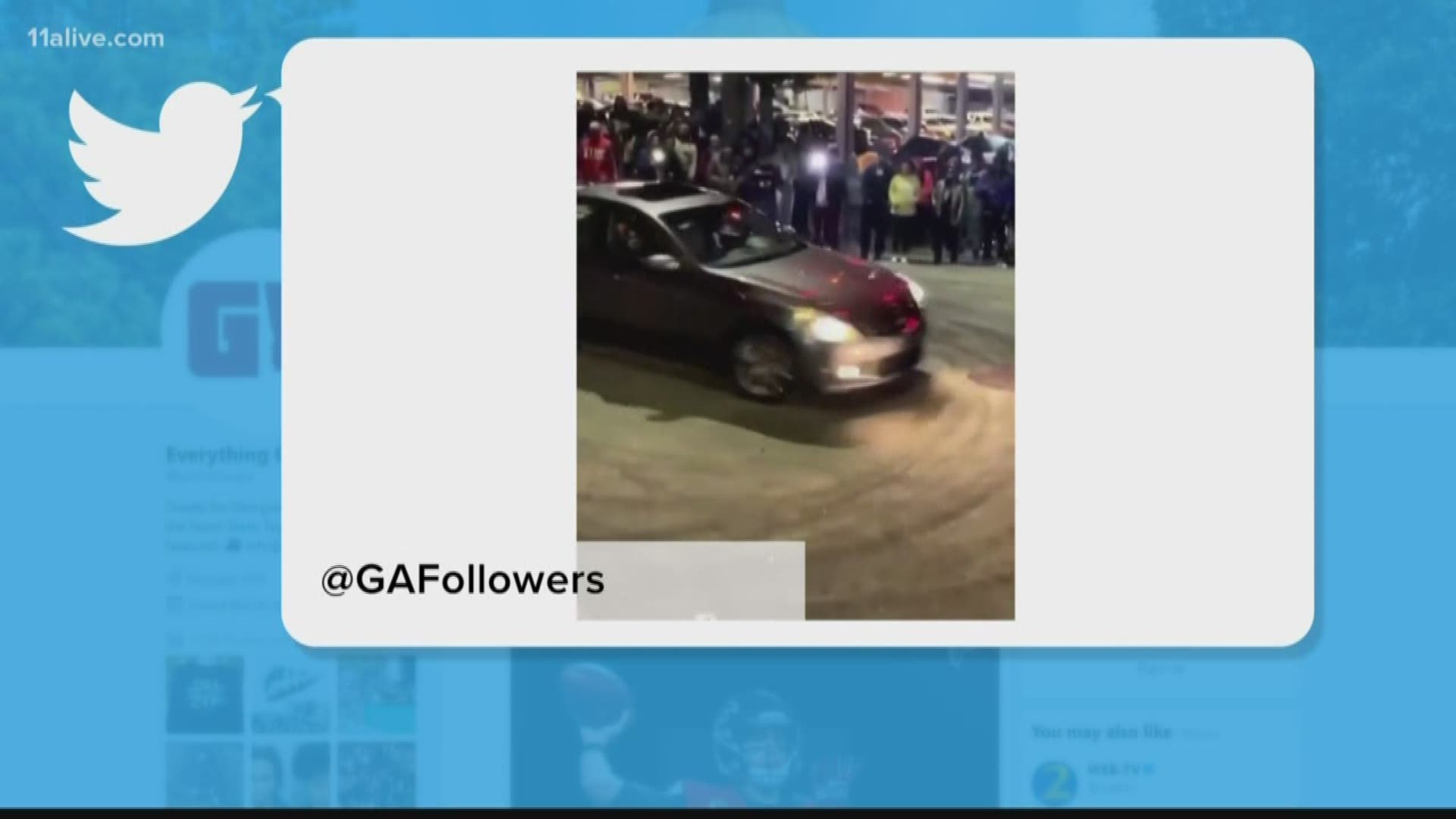 ATLANTA — Atlanta Police say they are aware of large crowds gathering on public streets, lighting fireworks while cars do donuts around the city.

A video shared on the social media pages of Everything Georgia spread over the past two days and has several hundred thousand views.

"We are aware of this incident caught on videotape and others similar to it in the Midtown and Downtown space," Atlanta Police spokesman Carlos Campos said in a statement.

He said the "reckless and illegal behaviors are not acceptable to us or nearby residents and property owners who are directly affected by them."

The incidents pictured over the weekend appear to be at the intersection of Spring Street and Ponce de Leon Boulevard in Midtown near The Varsity, as well as an area near Mercedes-Benz Stadium in downtown Atlanta.

Images show passengers hanging out of the car window while the vehicle drives in circles in the intersection. Large fireworks were also seen launched in the direction of a building and in the crowd.

One person in a video on Twitter is seen getting hit by the back end of the car. He appeared to get up and not be seriously injured.

Authorities say they have made arrests for similar incidents and said they are currently reviewing the video from over the weekend in an effort to identify these drivers.

"We have sent officers to disrupt and address these activities in the past and will continue to do so," Campos said.

They said they are adding additional resources and are working with the Georgia State Patrol to "address these irresponsible and illegal behaviors."

Atlanta police are asking anyone who witnesses these activities to immediately call 911.

APD arrests 11 people in effort to crack down on illegal use of dirt bikes, ATVs