It happened at a location on Covington Highway. 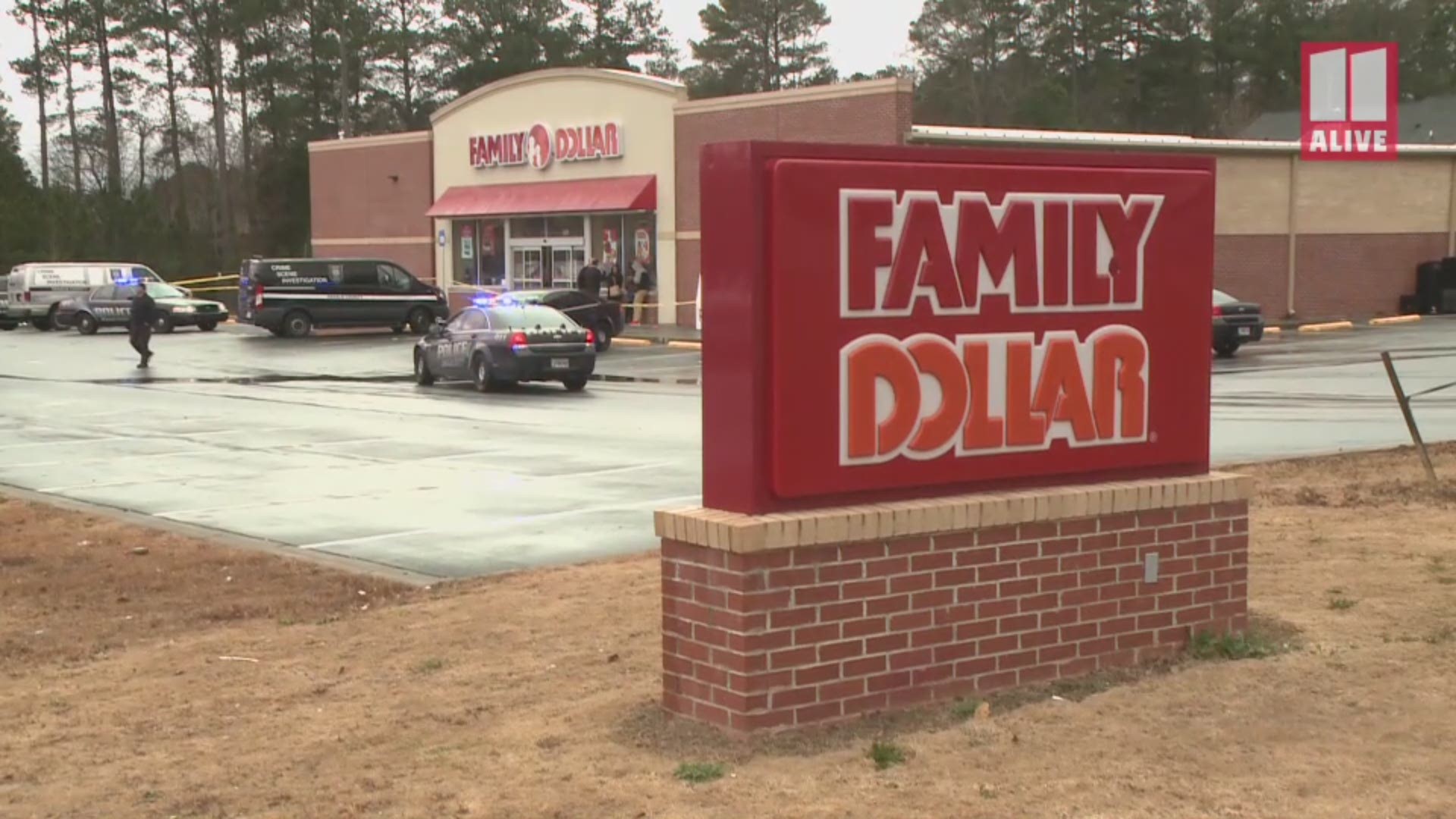 DEKALB COUNTY, Ga. — An armed robbery was foiled Tuesday morning when a person police described as a Good Samaritan shot and killed a would-be robber who pointed a gun in the face of a Family Dollar store employee in DeKalb County.

It happened at about 9:45 a.m. at a Family Dollar store in the 7000 block of Covington Highway.

According to DeKalb Police Sgt. Lynn Shuler, the robber had a gun pointed directly at the face of the clerk who was standing at the front counter of the store.

"While the store was getting robbed, a Good Samaritan intervened," Shuler said. "He shot the suspect several times."

The customer heard the commotion at the front of the store and when he walked to the front, saw the would-be robber with his gun pointed at the face of the clerk, Shuler said. The customer, who was also armed, pulled his own weapon and fired at the robber.

The suspect was pronounced dead at the scene.

Shuler said the customer would not be charged in connection with the incident.