The incident happened on Christmas Eve. 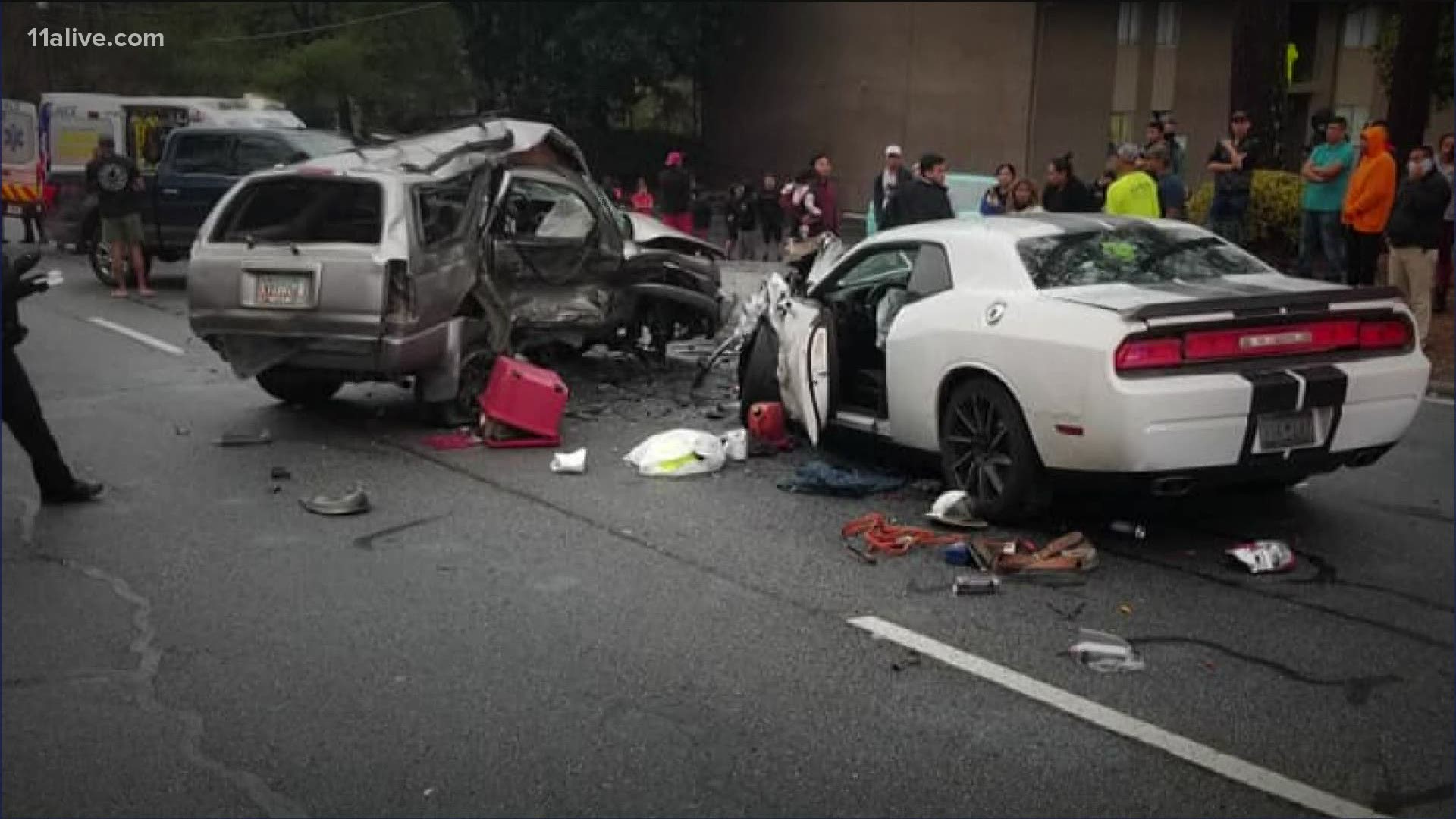 BROOKHAVEN, Ga. — Brookhaven Police on Friday identified a man they said was responsible for causing a five-car, 12-injury wreck on Christmas Eve while drunk driving.

The department said 30-year-old Ottoniel Gomez-Moralez had been transported to a hospital for evaluation after being caught. He will be taken to the DeKalb County Jail once he is discharged.

According to Brookhaven Police, Gomez-Moralez "committed a hit and run at the intersection of Buford Highway and North Druid Hills Road" on Thursday before he "fled through a parking lot where he struck several more vehicles."

"The drunk driver then fled north on Buford Highway until one of his wheels fell off, causing him to lose control and spin into oncoming traffic," a police account stated. "The resulting crash involved five other vehicles and injured 12 people, five of whom were transported to area hospitals."

Police said he was arrested on "multiple traffic offenses" and it was discovered he was wanted by another metro Atlanta agency for aggravated assault.

"This whole series of events was entirely preventable, but for the selfish and dangerous decision of one person to drive drunk," a department statement said. "Even on the holidays, your Brookhaven Police officers are out looking for impaired drivers. Please, have a plan before you drink to call a friend, a cab, or a ride share. If you drive drunk, you could go to jail, lose your license, face huge fines and legal fees - or injure or kill an innocent person."