The general manager at the dealership says he's offering a $5,000 reward to anyone who can help catch the criminals responsible. 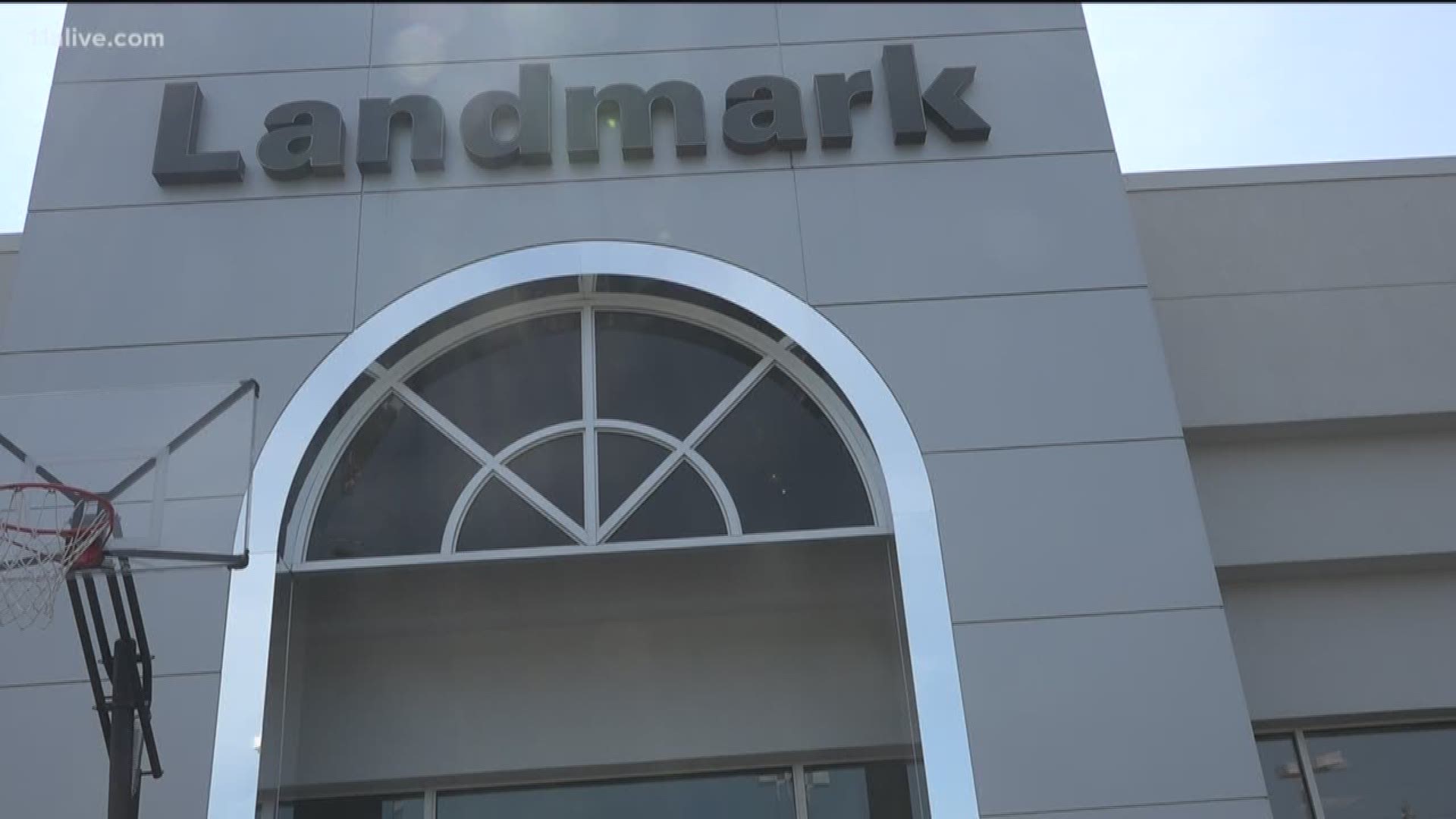 CHAMBLEE, Ga. -- Police said they are looking for 30 vehicles that have been taken from a dealership in Chamblee.

Management at Landmark Dodge at the corner of North Peachtree Road and on Peachtree Boulevard say that when a service employee arrived for work early Tuesday morning, he discovered the vehicles missing.

Investigators said when they arrived at the dealership, they found signs that the gate to the driveway on one side of the property had been forced open and the chain had either been broken or cut and that a door to the building was unlocked.

Up to 30 cars were stolen from a Chamblee car dealership early Tuesday morning, police said.

Police said the service department looked like it had been ransacked, and that a number of envelopes containing car keys had been taken from a closet in the dealership's showroom. The empty envelopes were found on top of a trunk lid in the service area and one of the bay doors was open. Another bay door -- apparently the location of the forced entry -- had a broken window.

A black Dodge Challenger was parked in one of the service bays with the engine running.

The general manager tells 11Alive News he feels "violated" by the theft.

"I'm feeling very angry, very frustrated, violated -- and I feel disappointed," said the general manager, Mike Orcutt. "I feel disappointed for our hard-working team that comes in here every day, to walk into a situation like that, where we've come to the point where we don't have to worry -- or try to perform to help you get a new car or get your car fixed or get you a part you need for your car -- but also to look for the criminal element that's growing in this area."

Orcutt says that losses from the stolen vehicles is in the neighborhood of $2 million.

Police said two vehicles from the dealership were found on Interstate 285 near the Glenwood Road exit after they had been wrecked. Detectives are still working to find the remaining stolen vehicles.

Orcutt says he hopes it wasn't an inside job, but he is offering a $5,000 reward to anyone who can help catch the criminals responsible.