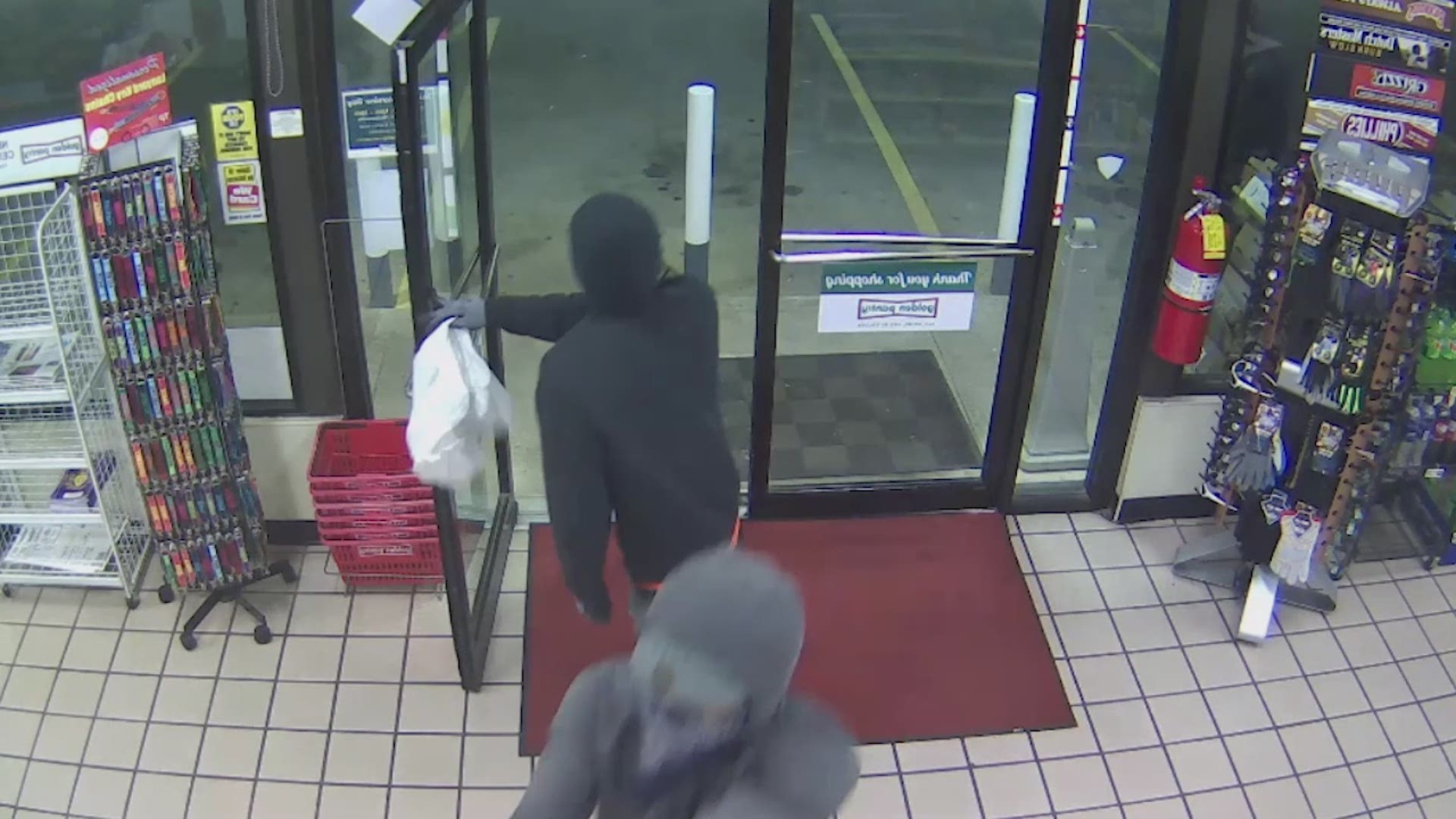 On Tuesday, January 8, Athens-Clarke County officers responded to two armed robberies that appear to have been committed by the same suspects.

The first incident occurred at a Golden Pantry store on Barnett Shoals Road at about 1:24 a.m. The second was at the Choo Choo restaurant in the 1000 block of Gaines School Road at about 1:36 a.m.

Investigators said that in both incidents, suspects had bandannas covering their faces. They were armed with handguns and demanded cash from the employees in both cases and, after obtaining an undisclosed amount of cash, they fled.

In the Choo Choo robbery, witnesses said the suspect drove off in a grey Toyota Corolla. Detectives were able to determine that car had been stolen from the Cambridge Apartments off of Barnett Shoals Road.

Anonymous tipsters may call Crime Stoppers at 706-705-4775. Crime Stoppers is offering a $1,000 reward for information leading to the identities of the suspects.