The shooting came on one of the busiest shopping days of the year and sent mall patrons scrambling for safety. 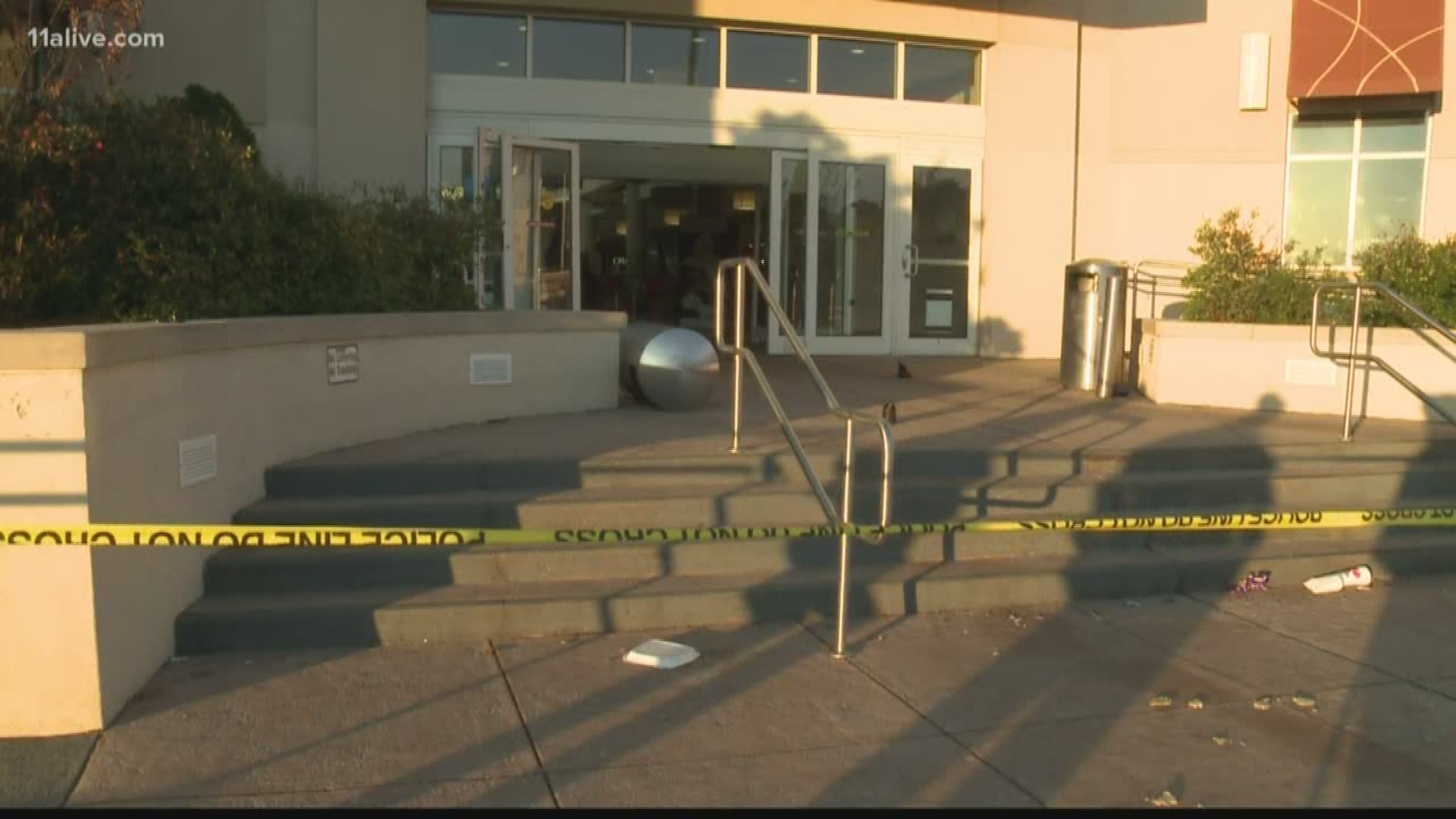 COBB COUNTY, Ga. — Two men were arrested early Sunday morning in connection with Saturday afternoon's shooting incident at Cobb County's Cumberland Mall which left one person hurt and caused chaos when thousands of shoppers were forced to run for their lives during one of the busiest shopping days of the year.

According to police, the shooting came in the midst of an argument in the food court area of the mall. When the gunfire rang out, shoppers scrambled for the exits and relative safety of stores, which quickly closed their gates and sent patrons to the rear areas and back rooms.

The suspects apparently made a hasty escape amid the chaos and confusion as mall patrons beat a hasty exit from the shopping center.

The food court is at the southeast end of the mall, with one end exiting into the mall's second level on one end, while the opposite end exits into a parking lot -- making it potentially easy for someone to blend into a crowd and get out of the area.

According to Cobb County Police Officer Sydney Melton, when officers arrived, they found one man with a gunshot wound to the neck and shoulder area. He was transported to Wellstar Kennestone Hospital in Marietta for treatment of non-life-threatening injuries.

The two suspects -- 18-year-old Zaire Dhanoolal and 19-year-old Joweer Ponce, both of Marietta were arrested and transported to the Cobb County Adult Detention Center.

Ponce was released on $10,000 bond. Dhanoolal remains in custody without bond, authorities said on Sunday.

According to Melton, the incident remains under investigation. Anyone with information about the shooting or the suspects is asked to contact the Cobb County Crimes Against Persons Unit at 770-499-3945.