Police: On scene of ‘worst cruelty-to-animals cases we have ever seen' 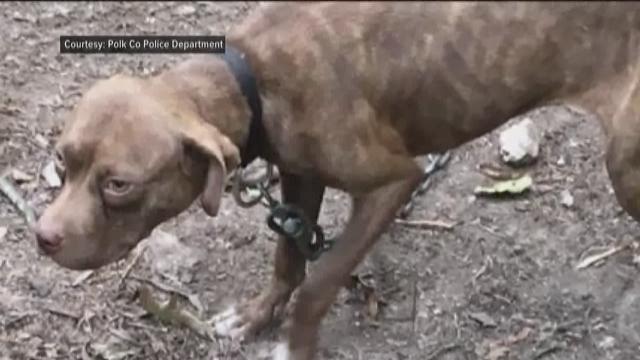 ARAGON, Ga. – A tip from an anonymous person led animal control and police to the Cashtown Road residence, where what they found, was horrifying.

The Polk County Police posted on their Facebook page: “Currently on scene of one of the worst cruelty to animal cases we have ever seen. Somewhere around 60 to 70 dogs."

“It’s hard to count, they are just tied to trees throughout the woods,” Chief Kenny Dodd said.

“None of these dogs are vicious. I have petted every one of them myself,” Dodd continued about the emaciated pit bull mixed dogs found in a wooded area in Aragon, Ga., just off GA 101.

According to police, the property was foreclosed, and its former owner, Devechio Rowland, was arrested Monday morning.

Devechio was also arrested and charged in 2010 for dog fighting.

Dodd said that he has contacted several area agencies for help rescuing the dogs, however, many local resources are currently dedicated to helping animals coming from Texas.

The police department plans on returning to give the dogs food and the Polk County Fire Department brought them water.