The victims were shot at a block party. 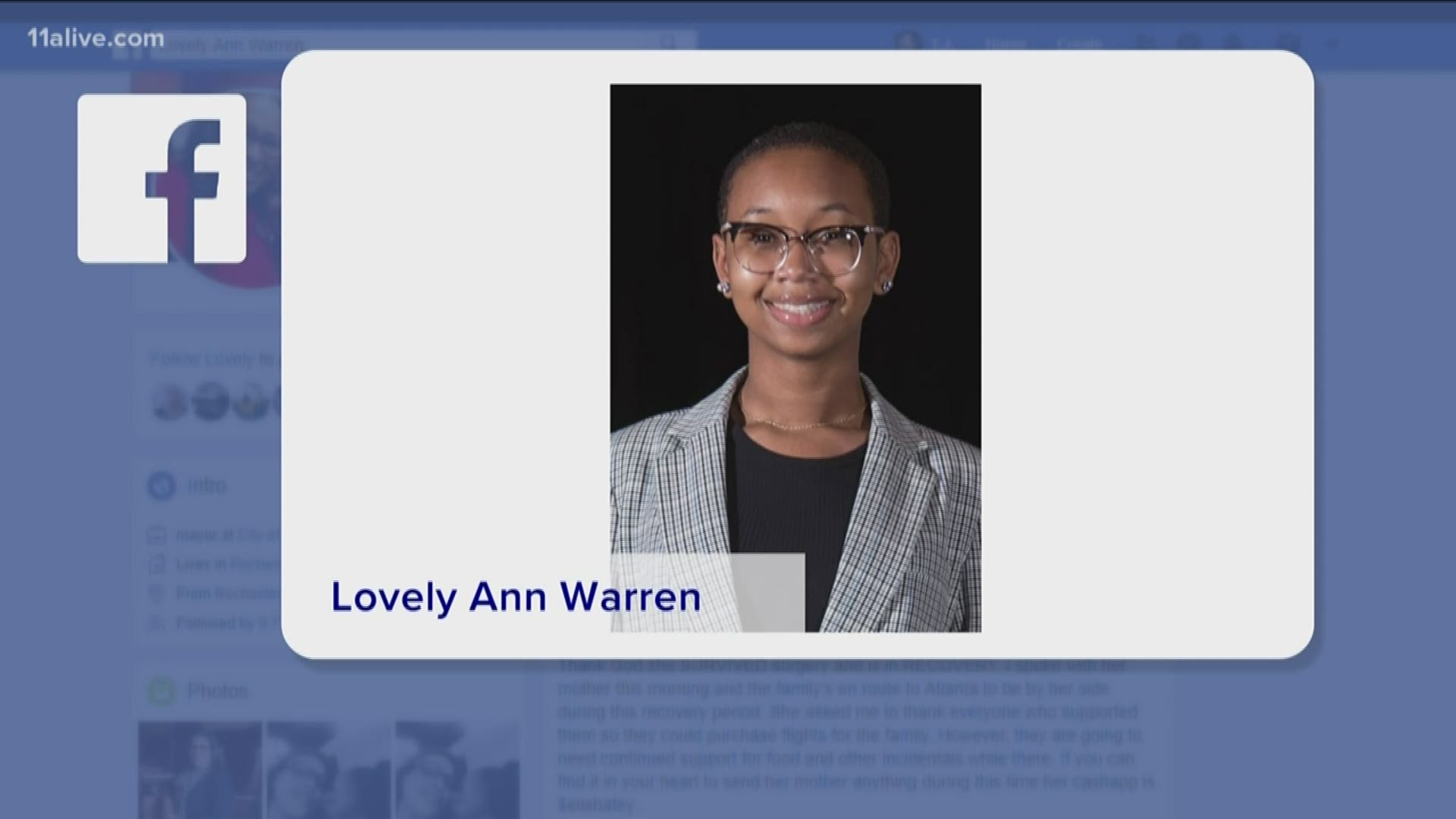 ATLANTA — After a chaotic night at the Atlanta University Center, police have released the names of the four victims who were injured in a shooting.

According to Atlanta Police, it happened around 10:30 p.m. on Tuesday near the intersection of James P. Brawley Drive SW and Beckwith Street SW near the library. APD said the women had been attending a block party in front of the Robert W. Woodruff Library at the Clark Atlanta University campus when an unknown shooter opened fire into a crowd of about 200 people.

Police said they initially found three women who were students with gunshot wounds. Those students were immediately taken to the hospital. That's when a fourth student showed up to the hospital, as well, to be treated.

Wednesday afternoon, APD released the names of those who were wounded.

Spelman College President Dr. Mary Schmidt Campbell released a statement earlier in the day saying two of the victims were Spelman students and the other two attend Clark Atlanta.

Spencer was identified as “bright star” at Spelman who is active in her hometown. The Rochester mayor, Lovely Warren, identified Spencer in a Facebook post.

“Thank God she SURVIVED surgery and is in RECOVERY,” the mayor wrote.

RELATED: 'It's a shock, it's surreal': Witnesses, leaders, schools react to AUC shooting

A Twitter user who said he was at that same block party with a friend shared a video from the scene with 11Alive that shows the panic after.

Police have released video of the suspect they are looking for in connection with the crime. The man is described as wearing a white t-shirt, gray sweat pants, a tan Gucci hat, and gray New Balance sneakers.

"Our prayers are with the students recovering from their injuries at Grady," Kemp Tweeted.

Atlanta Mayor Keisha Lance Bottoms also delivered a statement saying "we as a community will continue to work ... to take meaningful action to keep our campuses safe."