A bread truck driver who happened across the robbery retrieved a gun from his truck and shot the would-be robber, the sheriff said. 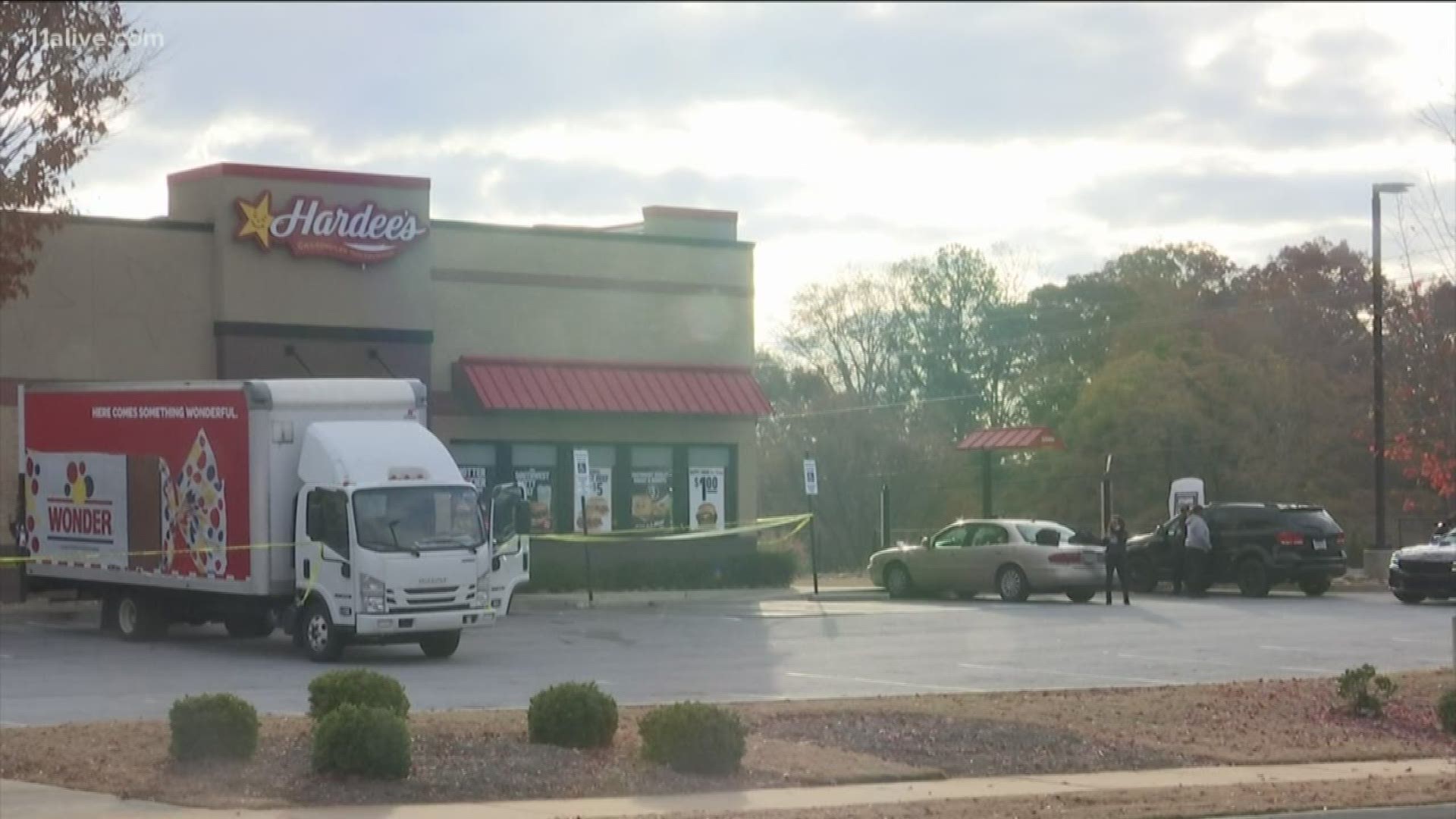 ELLENWOOD, Ga. — A would-be armed robber who exchanged gunfire with a citizen at a Hardee's restaurant in Ellenwood on Saturday morning was captured by law enforcement in Clayton County, according to Clayton County Sheriff Victor Hill.

The thwarted robbery occurred at about 6:30 a.m. at the restaurant in the 3000 block of Anvil Block Road.

According to Hill, Joseph Chilton, a bread delivery driver, saw employees running out the back door and a woman screaming for help.

Hill said that it turned out that Chilton had walked into an armed robbery in progress.

The armed robbery suspect, Damario Kentrell Parrish, had jumped across the counter of the restaurant and pointed a weapon at a female employee, demanding cash.

Hill said that Chilton went back to his truck and retrieved a firearm, then ran inside to help the woman who had screamed for help.

According to Hill, Chilton shot Parrish twice, however, Parrish was able to escape.

Investigators said he did not take any money from the restaurant when he got away.

Hill said that Parrish went to a home on Jewell Terrance Road in Conley, where Clayton County Police and sheriff's deputies found him.

According to Hill, Parrish refused to come out of the home. In addition, officers were advised that children were inside the home.

The Clayton County SWAT team was summoned, but before they arrived, the children inside the residence came out safely, Hill said. He said Parrish surrendered a short time later.

Parrish was taken to a local hospital for treatment of his gunshot wounds and will subsequently be taken into custody.