Police: She was gunned down outside Magic City trying to escape another woman 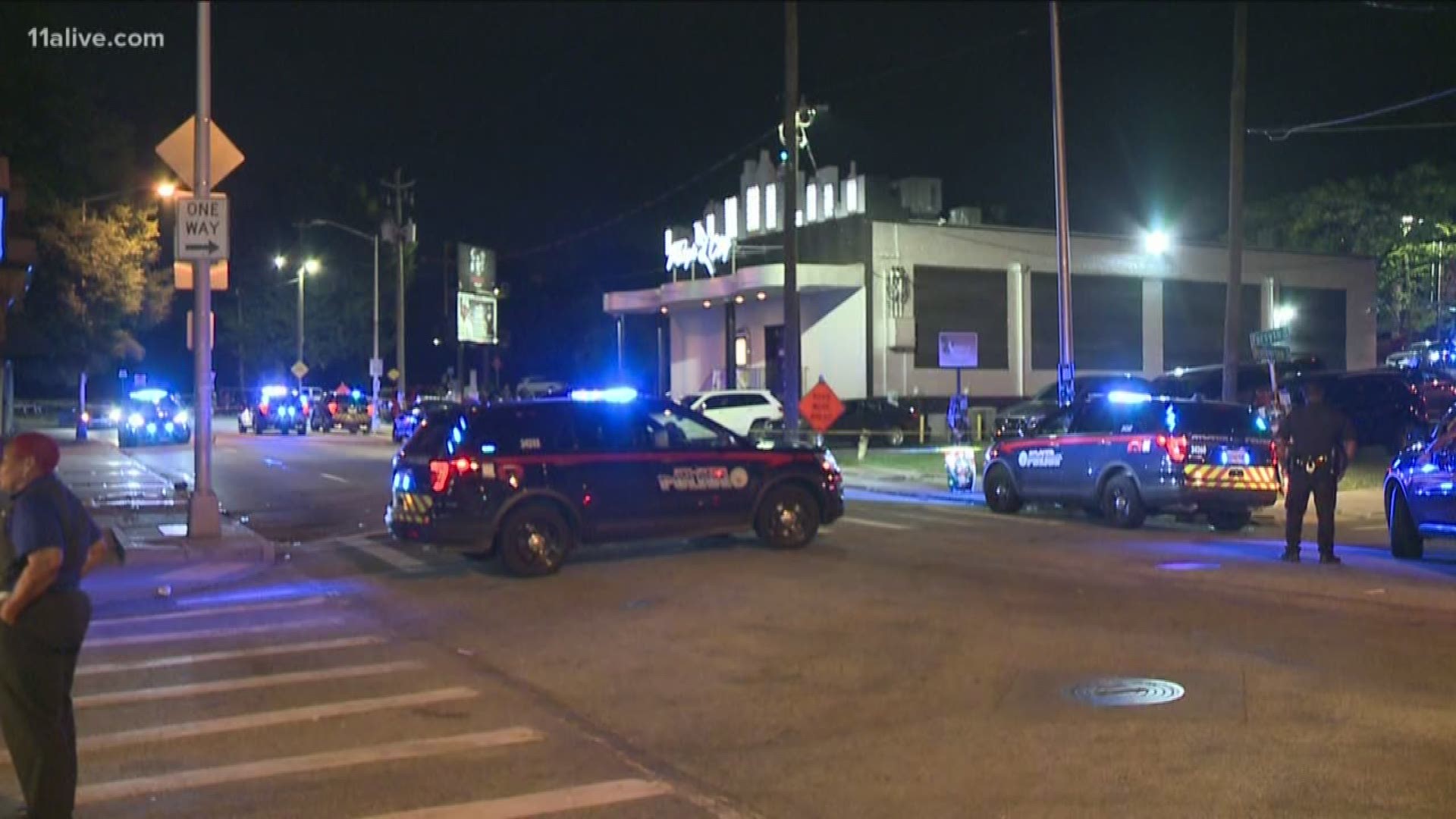 ATLANTA — Atlanta Police said what began as an argument inside a car turned deadly late Saturday night outside an adult entertainment club in Atlanta.

According to police investigators, shortly after the women arrived at the Magic City club in the 200 block of Forsyth Street, S.W., and before they got out of the car, they got into an argument that escalated into gunfire.

Homicide Commander Lt. Andrea Webster said the incident spilled onto the street and the club's parking lot as the victim, later identified by the Fulton County Medical Examiner's Office as 43-year-old Therese Horton, got out of the car to try to escape.

Police said the alleged shooter, 35-year-old Candace Morgan, continued to fire at Horton as she got out of the car.

"The shooter chased the victim outside of the vehicle, shooting [at] her a couple more times," Lt. Webster said.

Webster said they don't yet know exactly how many of the gunshots actually struck the victim.

Lt. Webster said security at the club also played an important role in containing the incident.

"Everything happened so quickly that the security guards here at Magic City were able to assist us in detaining the shooter," Webster said. "So, they did a great job for us."

Investigators are still not certain what caused the argument between the two women or what led it to escalate to the point of gunfire.

"At this point, we're still continuing the investigation and interviewing witnesses to find out what the argument may have been about," Lt. Webster said.

Morgan has been charged with murder and is being held at the Fulton County Jail. Her first appearance could be as early as Monday.

GBI: Kidnapping suspect dies after being shot while trying to pull knife during struggle