A couple kidnapped a 1-year-old at gunpoint on Saturday, beginning a massive hunt by police and other agencies. 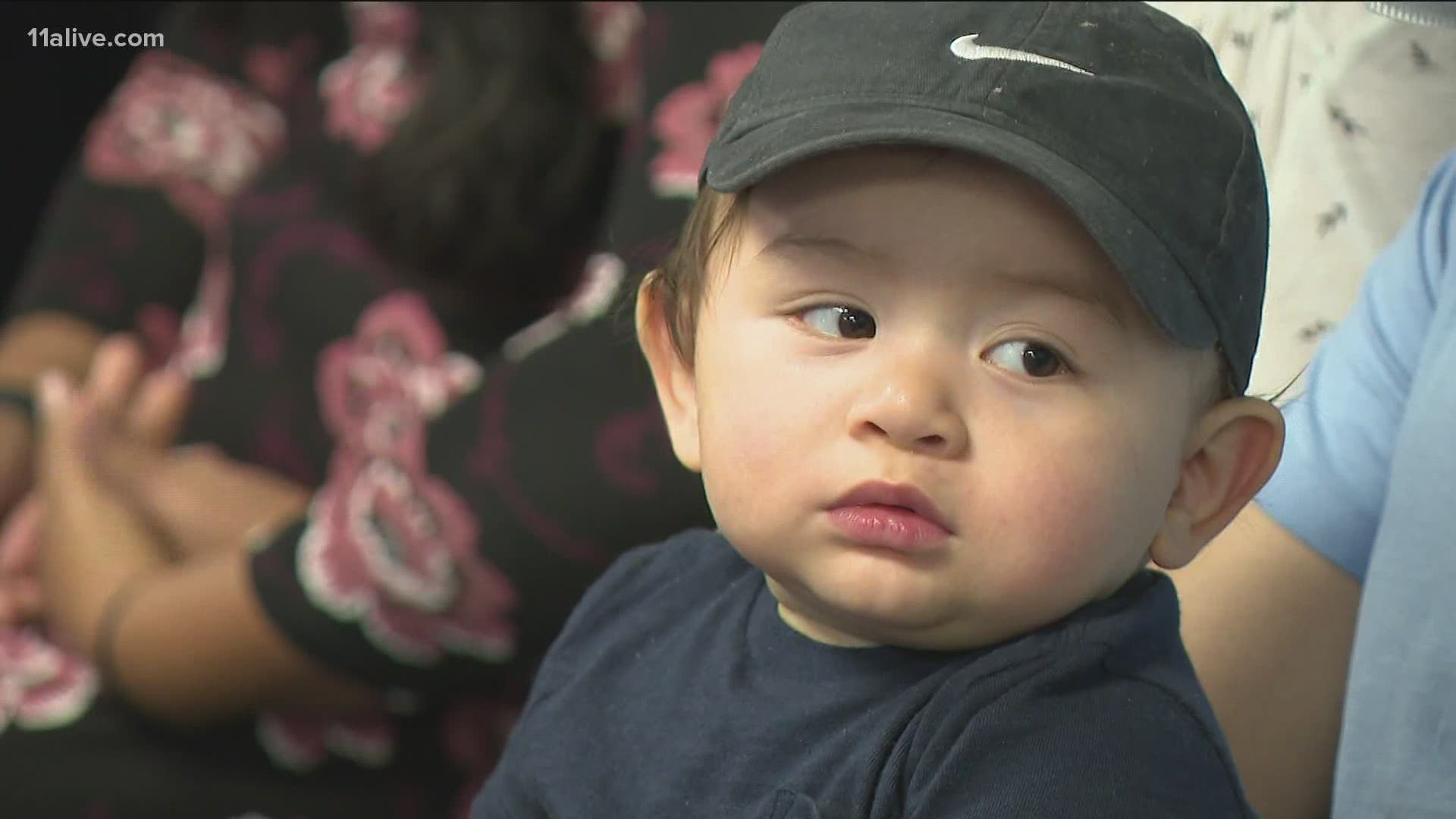 CHAMBLEE, Ga. — At a Monday afternoon news conference, 1-year-old Mateo Montufar Barbera played with a toy police car -- not a care in the world.

About 48 hours ago, he was rescued, nearly 60 miles away from his home.

Young Mateo was kidnapped at gunpoint from his mother in Chamblee on Saturday afternoon before police were able to rescue him in Carrollton.

"Most of the people you see here are parents, so it becomes personal," said Chamblee Police Chief Kerry Thomas on Monday.

Thomas said that when the toddler was reported missing at about 12:30 p.m., Saturday, along Clairview Drive, it became the police department's mission to find him.

"We understand results like this usually don't happen," he said.

The young boy, in his stroller being pushed by his mother early Saturday afternoon near their home, when, according to police, a man and woman the family did not know approached them.

"It is absolutely the most rare, a stranger abduction, and that's what it appears we have here and that is less than 5 percent of all child abductions," Hacker said during Monday's press conference.

The man pulled out a gun and grabbed Mateo during the struggle.

"She fought them tooth and nail," Chamblee Assistant Chief of Police Mike Beller said. "She took his gun and tried to shoot him with it. She tore his shorts and kept his shoe. She showed us a mother's love in action."

Chamblee Police, the Georgia State Patrol, the GBI and FBI, along with several other law enforcement agencies, all quickly collaborated -- and hours later, the suspects' SUV was tracked to Carrollton and was found leaving a home.

Both are now in the DeKalb County Jail, and after a first court appearance on Monday, they are being held without bond.

In court, attorneys said the couple is married and raising a 6-year-old together.

According to Chamblee Police, the couple not only kidnapped Mateo on Saturday but just 15 minutes earlier the couple tried to kidnap a different child nearby, also at gunpoint.

That mother ran away with her child.

Police have yet to identify that mother, but they said they do want to talk with her.

"We are asking for people that might have heard a story of a woman carrying a baby in a blanket on her back being chased to call the Chamblee Police Department," Beller said.

Maynor is facing charges of kidnapping, aggravated assault, theft by taking, interference with child custody, traffic offenses that are associated with his vehicle and second-degree damage to property, relating to the stroller. Kristin has been charged with kidnapping, interference with child custody and criminal attempt to commit aggravated assault.