The Atlanta Police officer was fired after investigators saw the video and heard her response. 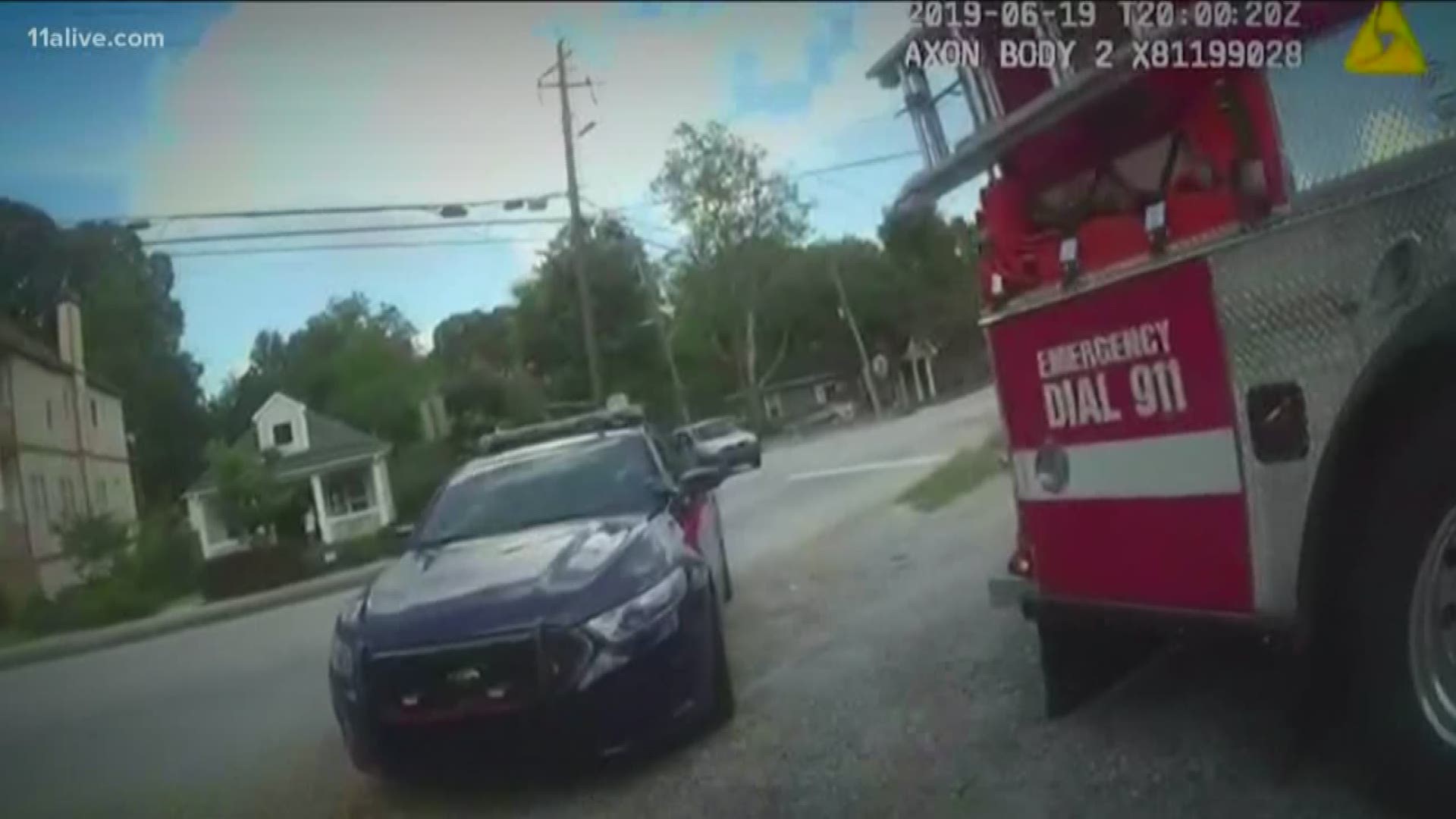 ATLANTA — The Atlanta Police Department has released video from the body-worn camera of an officer fired for mishandling money from a homicide victim and not being truthful about what happened to it.

The video is part of the investigation into Officer Keisha Richburg. They said it shows irregularities in the handling of cash that bystanders found on Jamel Harris' body in June.

According to a police spokesperson, Atlanta Police Chief Erika Shields terminated Richburg's employment with the department on Monday, July 8.

In addition, the department released their Office of Professional Standards investigative file into the complaint. It concluded that Richburg violated the department's recovered property, truthfulness and appropriate action required rules.

This all stems from a shooting on June 19. Officers responded to a shooting in the 1700 block of Marietta Road near the Inman Rail Yard. When they arrived, they discovered Harris suffering from a gunshot wound to the head.

First responders took Harris to Grady Memorial Hospital, where he later died from his injuries.

In the video images from Richburg's body-worn camera that were released, an EMT at the scene can be seen tucking the money inside of Harris' wallet before handing it off to the officer along with a cellphone.

According to testimony from the internal investigation, Grady EMT Kevin Geter confirmed that he gave Officer Richburg the wallet with the cash inside.

"I'm about 90% sure it was money," Geter said in the transcript. "Um, 'cause it was - it was kinda like a - you know, like money would be folded in half. Um, and I can't imagine it being anything else."

"Who handed you the bundle you described?" one of the investigators asked Geter.

"No one handed it to me. I believe it was one of the bystanders that was, you know, tryin' to be helpful and had like, gathered it," Geter said. "Um, and then admittedly, I -- I shouldn't have been messin' with it, because it was a crime scene, but it was just habit from not leaving patient's monies and stuff, so I just picked it up and then realized what I did, so I handed it off to the officer."

"Do you remember the officer's name you handed it to or can you describe that officer?" an investigator asked.

"I do not. Um, it was a -- one of those situations where it was a uniformed APD officer, so that was good enough for me to hand it off to," Geter said. "But I was, you know, focusing on the patient at the time."

After she received the cash from Geter, Richburg was seen in the video getting into her patrol car, with the wallet and cellphone in her hand. She allegedly gets in and out of her car multiple times, leaving the windows down and the doors unlocked.

When the bodycam video shows the wallet again, Richburg is in her car at Grady Memorial Hospital and the money is not there.

Once inside the hospital, she eventually passed the wallet off to an APD Homicide Unit sergeant.

11Alive found out about the accusation from a viewer who said she saw Harris after he'd been shot and handed the wallet and money to authorities.

They said Harris' wife and the woman connected. That's when they allegedly discovered that the $500 was missing.

The woman posted about it on Facebook and got the attention of investigators, according to official documents.