This is what we know about the tragic incident that led to two deaths. 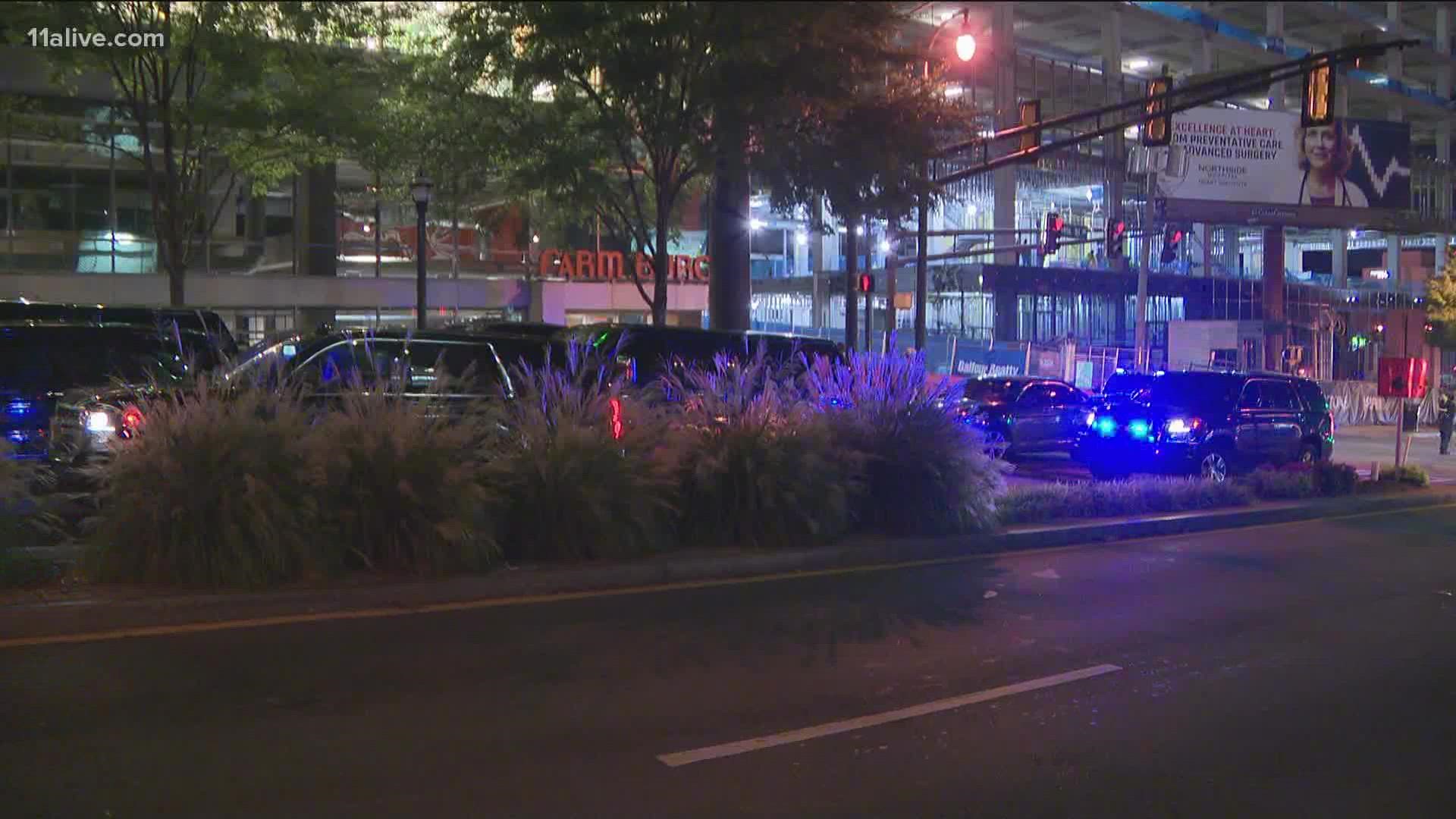 ATLANTA — A woman and a gunman are dead following a shooting situation in Midtown early Wednesday morning, police said. According to Atlanta Police, the two people knew each other.

Police became aware of the shooting around 3:15 a.m. and immediately responded to the 21st floor of The Atlantic House Midtown, a high-rise apartment complex on West Peachtree Street in northwest Atlanta near the Whole Foods Market.

Police said the gunman was shooting inside and outside of the unit. As they approached the scene, they saw 32-year-old Jarvis Jarrette, of Milledgeville, actively shooting from the balcony.

"Upon their arrival, they immediately engaged the individual that was shooting at them. We were getting this information through 911. Our dispatchers could still hear gunfire being played out throughout the building," Chief Rodney Bryant said during the 8:30 a.m. press conference. "We were able to contain this individual as the shootout continued."

Further investigation from the Georgia Bureau of Investigation (GBI) revealed that Jarrette fired a rifle at the officers. The GBI also said that at least one officer fired back.

When officers entered the apartment they found one woman dead. They also found the gunman dead on the balcony.

The woman, identified by the medical examiner as 31-year-old Courtney Cox, lived there but authorities are unsure if the gunman lived in the building. Police said there did not appear to be any forced entry.

Police went into nearby units and have said there does not appear to be any other victims.

Bryant said the situation has ended and they are hoping that people with video and additional information will come forward.

A witness who lives on the 19th floor told 11Alive that he heard gunshots and a man screaming around 3 a.m.

There was a heavy police presence impacting traffic between 11th Street and Peachtree Street. Multiple crews responded including the GBI and APD's SWAT team.

"...Please stay in your apartments. We will keep everyone posted on when it is okay to leave," Atlantic House Management said in a letter to residents.

Bryant said the quick response of his department officers gave them the chance to suppress an incident that could've been much worse.

The GBI will investigate the officer's use of force in the incident, while APD will look into the original incident between the woman and the gunman.

This is the 79th shooting involving an officer that GBI has been asked to investigate in 2021.

Anyone with a video of the incident can download the See Something, Send Something mobile app to submit it. Anonymous tips can also be submitted by calling 1-800-597-TIPS(8477) or online at https://gbi.georgia.gov/submit-tips-online.