The computer used to run Mokipops was stolen out of the family car while the siblings sold popsicles on the BeltLine. 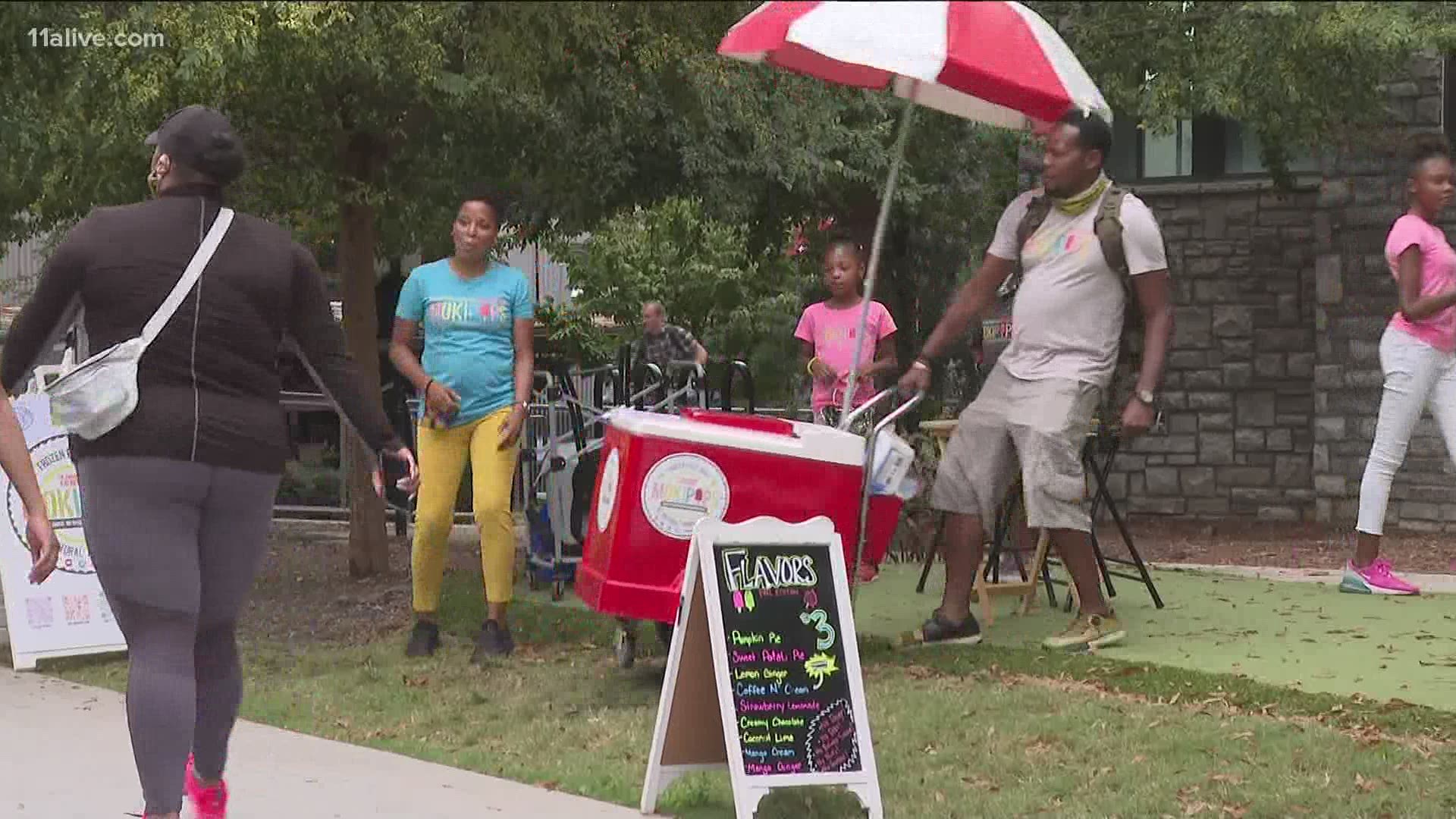 ATLANTA — The family of three young entrepreneurs is asking for help after the laptop they use to run their business was stolen from their car.

The founders of Mokipops just want their computer back. The Robinson siblings started Mokipops five years ago after their mom challenged them to get off their phones and do something creative.

They started selling the vegan popsicles all over Atlanta and as their popularity grows, they hope to get picked up by a retail chain. However, they said this theft majorly sets them back.

Ayah Robinson has learned a lot after starting Mokipops with her brother and sister.

"Even though there are twists and turns, never stop, keep going," she said.

But the family learned a hard lesson last weekend when thieves broke in to their car and stole the MacBook Pro they use to keep the business running.

"I was mad because someone was violating our own property, So I was mad and emotional," said Ayah.

The family car was parked in the Krog Street garage, just off the BeltLine when someone smashed the front window.

"We are hoping that somebody is connected to somebody who might have seen what happened. Seen a face, have a name," said Amber Khan-Robinson.

She immediately called the police who told her four other cars were broken in to on the same deck.

"My computer was not in plain sight. It was underneath the seat, inside of a bag. So I don't know if they were watching me. I only left the vehicle for 10 minutes when it happened," she said.

Amber works fulltime to support her kid's business and said the laptop has hundreds of files vital to their success.

While police don't have any leads yet, the family was back out selling MokiPops Monday.  Ayah said they're not about to let the thieves win.

"We just all have to stay together and don't let anybody ruin our day," said Ayah.

The family started an online fundraising campaign to try and recoup the cost of the laptop, but said more than anything they want their laptop back so they can recover the files.