The animal was shot with a gun up to 30 times before it was decapitated, according to Floyd County Police. 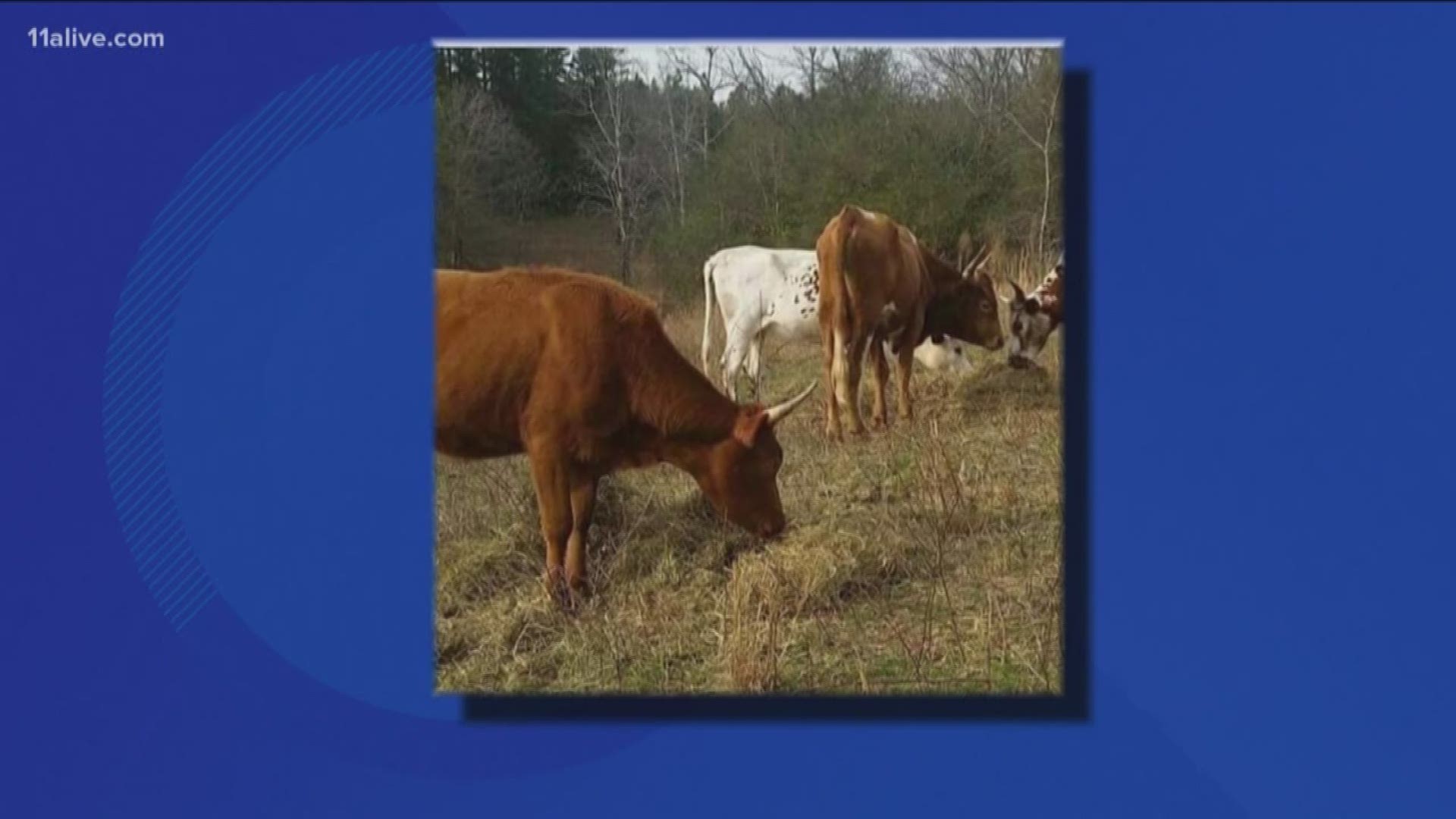 A family in Floyd County is asking for public help after discovering their longhorn, “Little Red,” was killed in their field in Rome. Police said the animal was shot with a gun up to 30 times and decapitated. The head was taken as some sort of “trophy,” detectives said.

“It’s just evil,” the owner, who asked to remain anonymous, told 11Alive over the phone. He said that he first noticed a smell in the air and saw vultures above his field – and when he called for Little Red, she didn’t come.

Little Red was pregnant and worth about $1500, police said. Investigators are now looking for the people responsible for her death.

“Everything about it was reckless and shouldn’t have been done,” said Tom Ewing, Floyd County Assistant Police Chief. “Cows are very expensive when they get fully grown.”

Photos of Little Red are spreading across social media, with many people linking the shooting and decapitation to a local sporting event. Police said the link to the event has not been confirmed, and the reasons behind the animal’s killing are still under investigation.

K9kait
Rest In Peace, Little Red. This sweet creature was shot 30 times and decapitated. The sick, twisted, jerk who did it took the Longhorn's head as a trophy. Police say they have no leads and no clue...

RELATED: Police: He took a cupcake. They beat him to death with a baseball bat.

Officers said it is extremely rare to get a call about animal cruelty like this – and they want to know who did it and why. The Cattleman's Association told 11Alive they are aware of reports of the animal's death and are also investigating.

“One, they’re trespassing on someone’s property. Two, they have no regard for other people’s possessions … and three – that was a living animal that, for whatever reason, someone decided to kill,” Ewing said.

Once arrested, the suspect could face multiple charges including cruelty to animals, criminal trespassing and criminal damage to property. As the story continues to spread on social media, Floyd County Police hope leads will come in, as well.