“My baby’s car seat was shot up. Just to think if my baby was in that car seat, it’s really real.” 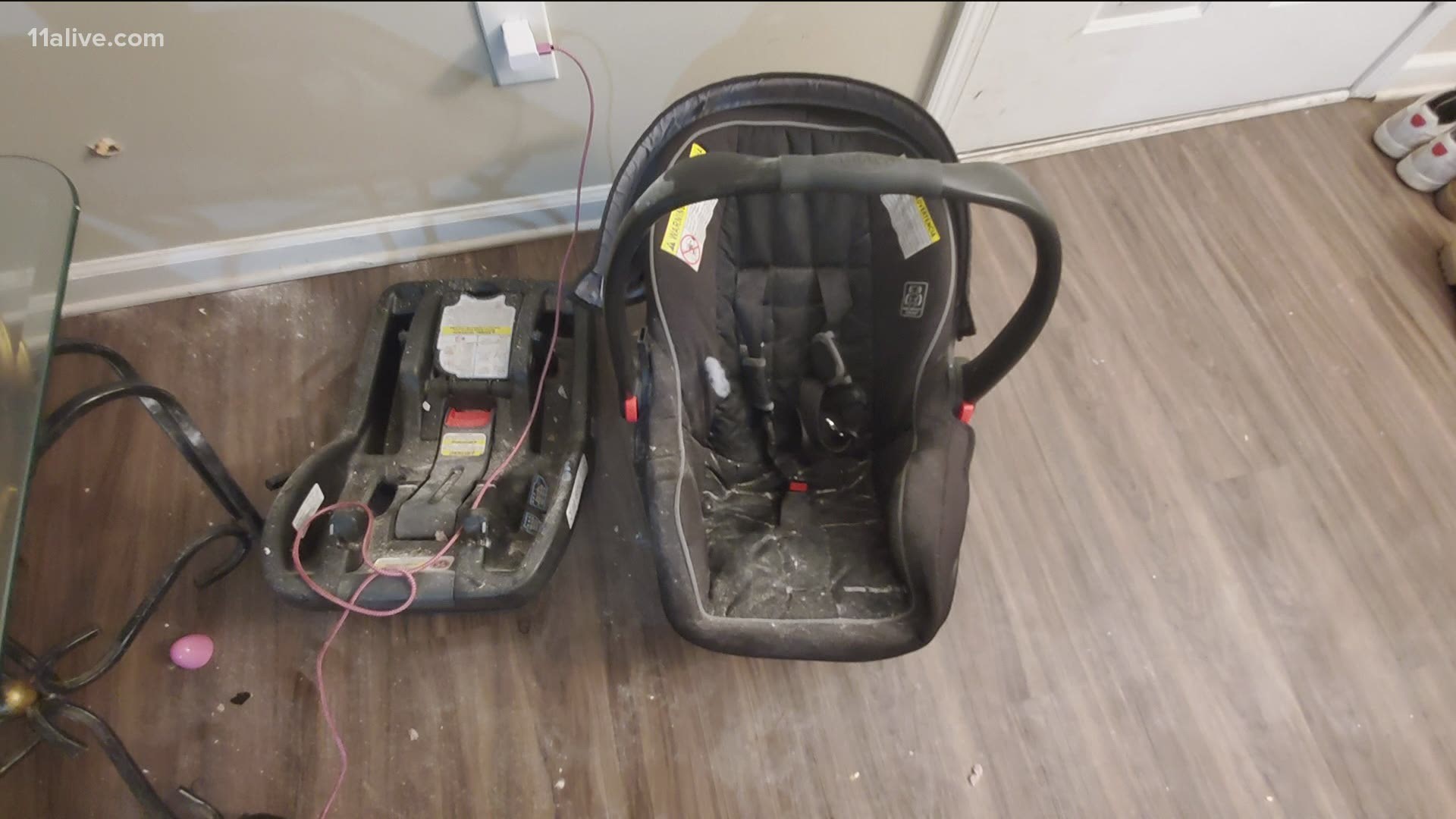 DEKALB COUNTY, Ga. — Bullets flew into the living room of a pregnant mom in early June.  Luckily, she and her son were upstairs at the time and weren’t injured.

The shooting left her family feeling unsafe and she wants to leave. But, she said her landlord is refusing to let her out of the lease.

Because police have yet to arrest the suspects, the victim asked that we use a pseudonym. So we’ll reference her as Allie.

Allie had just put her son down for a nap on June 7 in her rented home off Marbut Farms Glen west of Lithonia.

“Around 3:15 is when the bullets started,” she said. “I thought it was an earthquake, really. But, then my dog came into the bedroom all frantic, and then when I got down the middle of my hallway, I saw the bullet holes on my wall and my living room was full of smoke.” 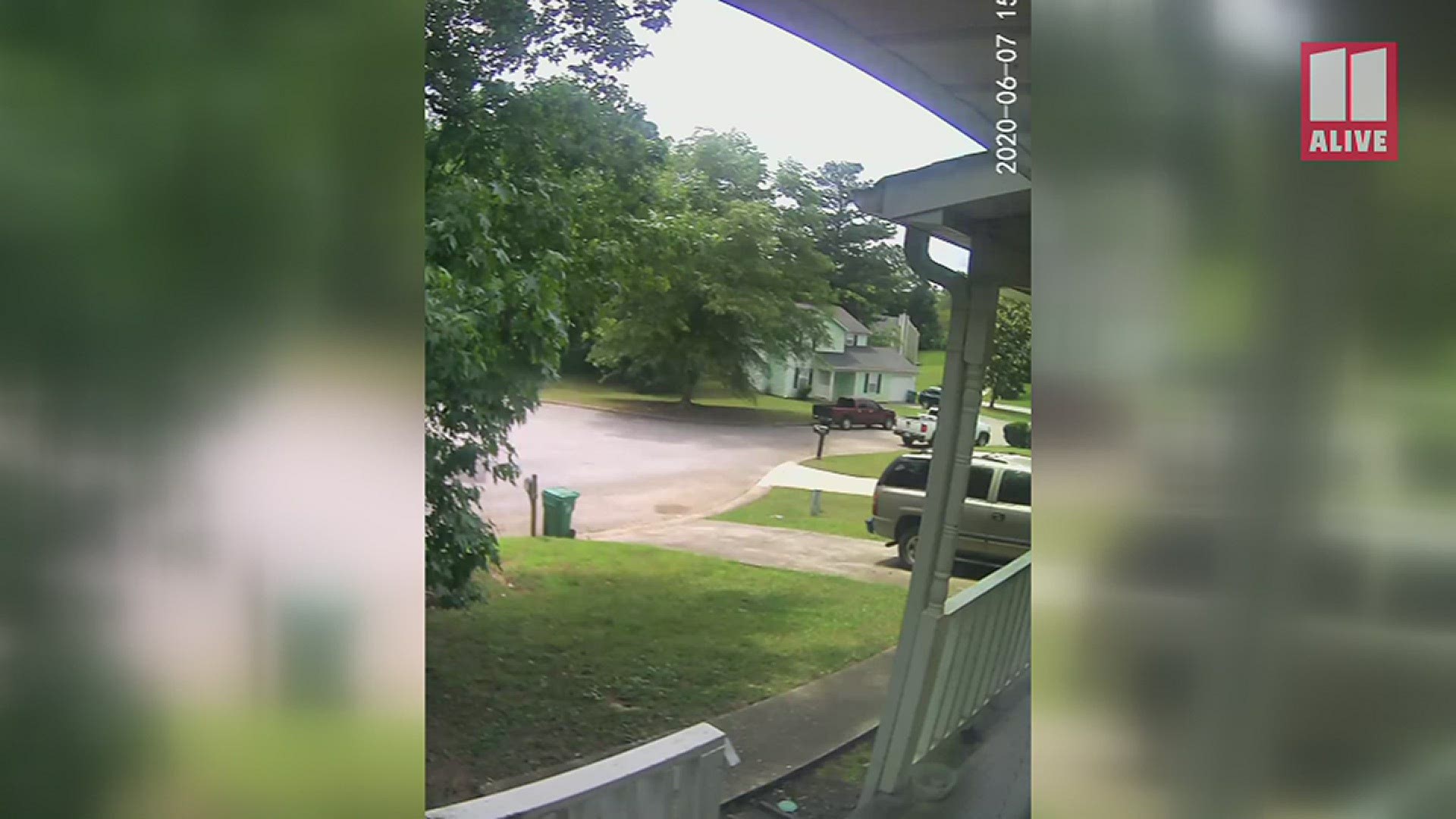 Allie contacted the police and her rental company, HavenBrook Homes. She said police responded quickly, taking pictures and grabbing surveillance video. Maintenance came by and helped board up the home, but didn’t fix any of the gunshot damage. Allie said she no longer feels safe in the area.

“My baby’s car seat was shot up," she said. "Just to think if my baby was in that car seat, it’s really real.”

Her home was burglarized in December of 2019. And at the end of May 2020, a suspected robber was shot and killed by a homeowner who lives in the same neighborhood. As a result of everything, Allie requested to transfer to another home owned by HavenBrook.

However, Allie said her request was denied by the company.

“They said the house was still livable,” she said.

According to her lease, an early termination would require Allie to pay all monies through the date of termination, a $2,000 fee for re-painting and cleaning, and an additional amount equal to one month’s rent. Allie said this total is nearly $6,000.

Since she lost her job due to COVID-19, Allie said this amount is out of her and her husband’s budget.

“If through no fault of Resident, the Premises are completely or partially damaged or destroyed by fire, earthquake, accident, or other casualty that renders the Premises totally or partially uninhabitable , as determined by Landlord based on conditions that Landlord deems unsafe or unsanitary; or by a municipal official, then Landlord may relocate Resident to a comparable property within a reasonable distance of the Premises, and the terms and conditions of this Agreement shall apply thereto.”

“I would like the property manager, the supervisor, somebody, to come down to my house and tell me it’s still livable. Every time I go upstairs, downstairs, like, everything just comes back to my mind,” Allie said. “What’s that saying? I’m stuck between a rock and a hard place? That’s how I feel.”

Allie showed 11Alive emails sent by a Dekalb County detective assigned to the case. In the email to Allie, the detective wrote, “A suspect is yet to be identified. Due to this, it is not at all unreasonable for you, as an occupant of that residence, to fear for the safety of both yourself and your family. You have expressed to me your desire to move from the residence, and for your own safety and mental health, I believe this to be a good idea. No one would want to remain living at a residence in which a traumatic event occurred.”

HavenBrook Homes, based in Duluth, has noticeably low ratings and customer reviews on Yelp and the Better Business Bureau. The company is unrated with the BBB and has 63 customer reviews; all but four are negative.

Allie said her home was leased with another company and HavenBrook later bought out the company. She claims no one from HavenBrook has contacted her since June 11.

“I’m trying to stay with the company. I’m trying to just transfer. But, at the end of the day, I gave them that option to basically help us and so far it’s been nothing.”

Allie said she offered to let the company keep her security deposit if they would relocate her to another home in Lithonia or let her out of the lease, without paying a heftier fee.

11Alive reached out to representatives with HavenBrook regarding Allie’s complaints, but have yet to receive a response.

Two years ago, she was murdered in her Sandy Springs home. He was just arrested.