What changes are needed to lower crime in Atlanta? Expert offers his thoughts 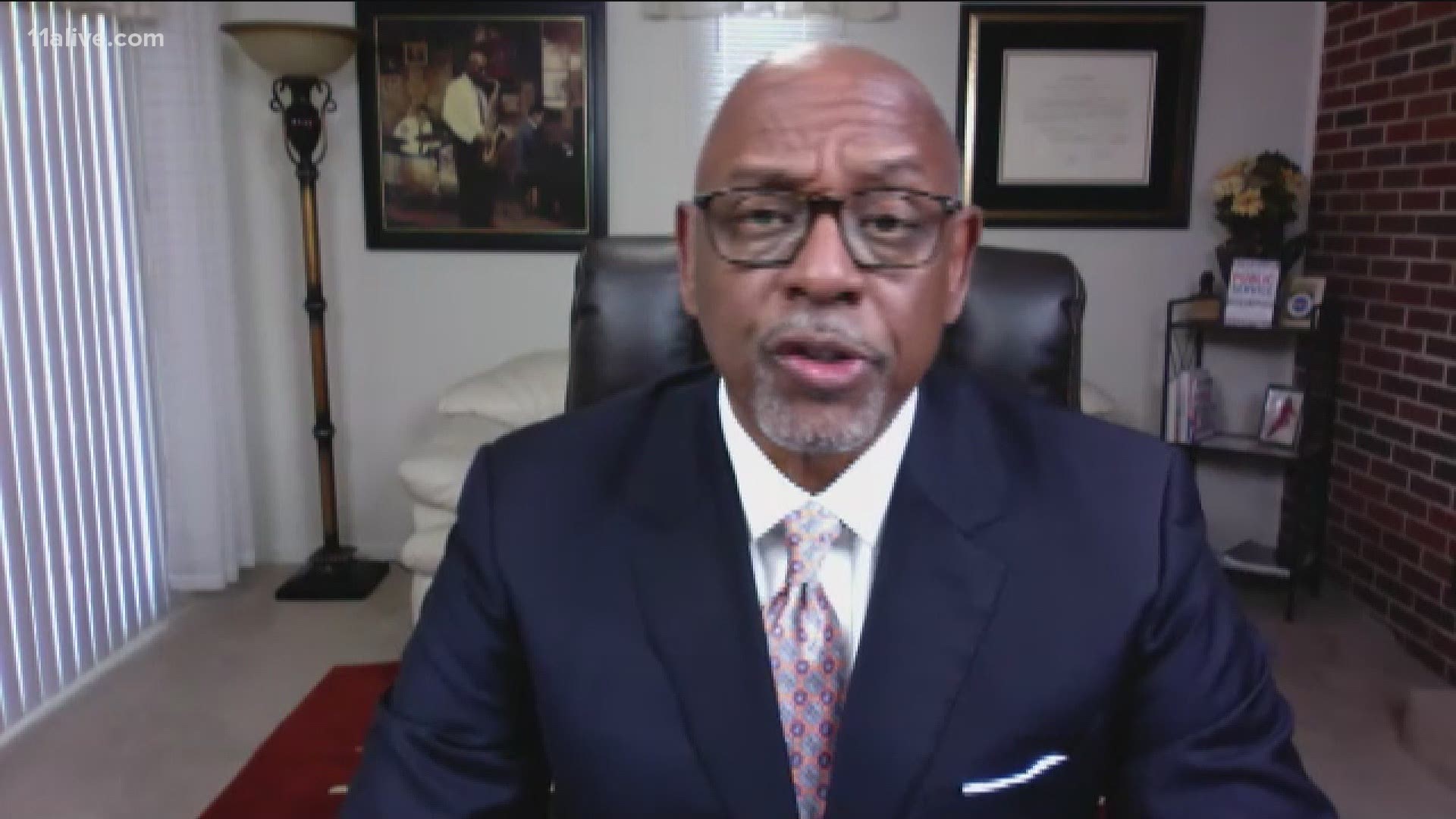 ATLANTA — Police officers and people who live in Atlanta are on edge after another violent weekend in the city.

Nineteen people were shot in a dozen incidents that left six people dead. So far, police said there have been no arrests.

An expert in public safety believes the numbers are alarming. Dr. Cedric Alexander said it's clear something has to give.

He thinks people who live in Atlanta should be alarmed by the recent spike in crime, but he also thinks they should work with police to bring it down.

"We just can't do the basic ABC, 123, of fighting crime," he said. "We have to go deeper. And while we are talking about deeper, you also have to talk about reform."

Alexander is the former public safety commissioner of Dekalb County, so he knows what police departments look like. But he said that he thinks it may be time for them to change.

"How do we want our police department to be? What do we want it to look like? What calls-for-service need to be stopped for officers and passed on to other people with far better training to deal with mental health, homelessness, domestic violence?" he asked.

He said crime is spiking all over the country, but he thinks 19 people being shot over the weekend is alarming. And he does not think the pandemic is to blame.

"One thing we cannot do is we cannot continue to blame this on COVID. It cannot be the catch-all for everything going on in our community," he said.

He thinks the number one thing police departments should be doing more of is getting out in the community and talking to the people who are impacted by the violent crime.

"Certainly there's a lot of technology out there to assist police. But nothing, nothing will be better than having that one on one contact in relation with people who live in our communities," he said. "We are asking police officers to do this - but they're running from call to call to call and they're overwhelmed by the number of violent events they're responding to."

A detective investigating a murder who we talked to Monday morning called the violence over the weekend unnerving. But Alexander thinks it's more than that - he said it's dangerous for officers.

"The toll that this takes on our sworn men and women, who are out there working this job every day - it's very taxing because they're running from call to call to call," he said.

After 19 people were shot in Atlanta over the weekend, Alexander said the men and women of the police force need to have a chance to catch their breath.

"To do their jobs without hesitation, that is hugely important. You can put as many officers in as you want, but you need someone in city hall, city government, supporting those officers, so they can go out and do their jobs," Alexander said. "And they can be engaged to get out ahead of these events as best that they can."

He said police officers have to have the chance to make real connections with people in the communities experiencing this type of violent crime if they want to have a hope of stopping it.

"We are going to think deeply and broadly to bring our communities back under some type of law," he said.

He said that once changes are made there, you might start to see changes in the crime rate.