The incident occurred on Wednesday in Atlanta, according to the Georgia Bureau of Investigation. 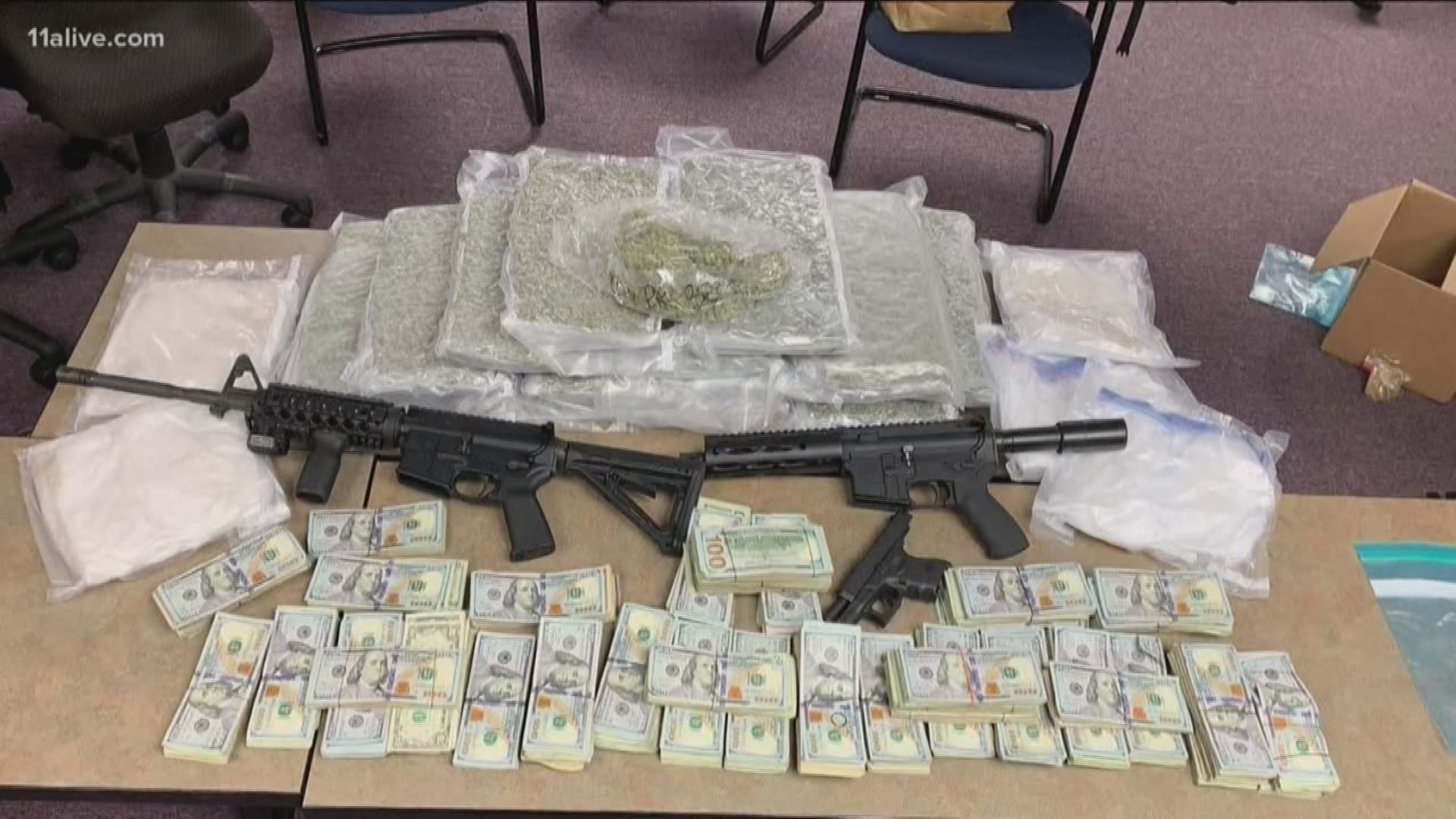 ATLANTA — If you happened to notice any meth falling from the sky in Atlanta on Wednesday, your eyes may not have been deceiving you.

An Alabama rapper was arrested in Atlanta this week in a meth bust that saw him try to ditch the drugs off the balcony of a high rise as his apartment was raided, the Georgia Bureau of Investigation said Friday.

Credit: Atlanta Police Department
Kelvin Dark, 37 and Tiffany Peterson, 37, were arrested by Atlanta Police in connection with a methamphetamine bust on July 10, 2019, in midtown Atlanta.

Atlanta officers were able to recover the meth off a nearby street before anyone got to it, according to the GBI.

They said authorities recovered more than 11 pounds of meth which would carry a street value of about $250,000.

A substantial amount of marijuana and currency was also recovered, the GBI said.

Dark was charged with trafficking methamphetamine, trafficking marijuana and possession of a firearm by a convicted felon. The GBI said agents found a glock handgun and two semi-automatic rifles in the raid.

Another person, 33-year-old Tiffany Peterson, was also arrested and charged.

According to Atlanta police, Dark is a convicted felon with 18 previous arrests for drug and firearms charges.

Peterson had not been previously convicted, but, according to police, has 13prior arrests for narcotics and theft/fraud charges.

Both Dark and Peterson are in the Atlanta City Jail, after bond was denied for each of them. Their first court appearance is scheduled for July 25 in Fulton County Superior Court.