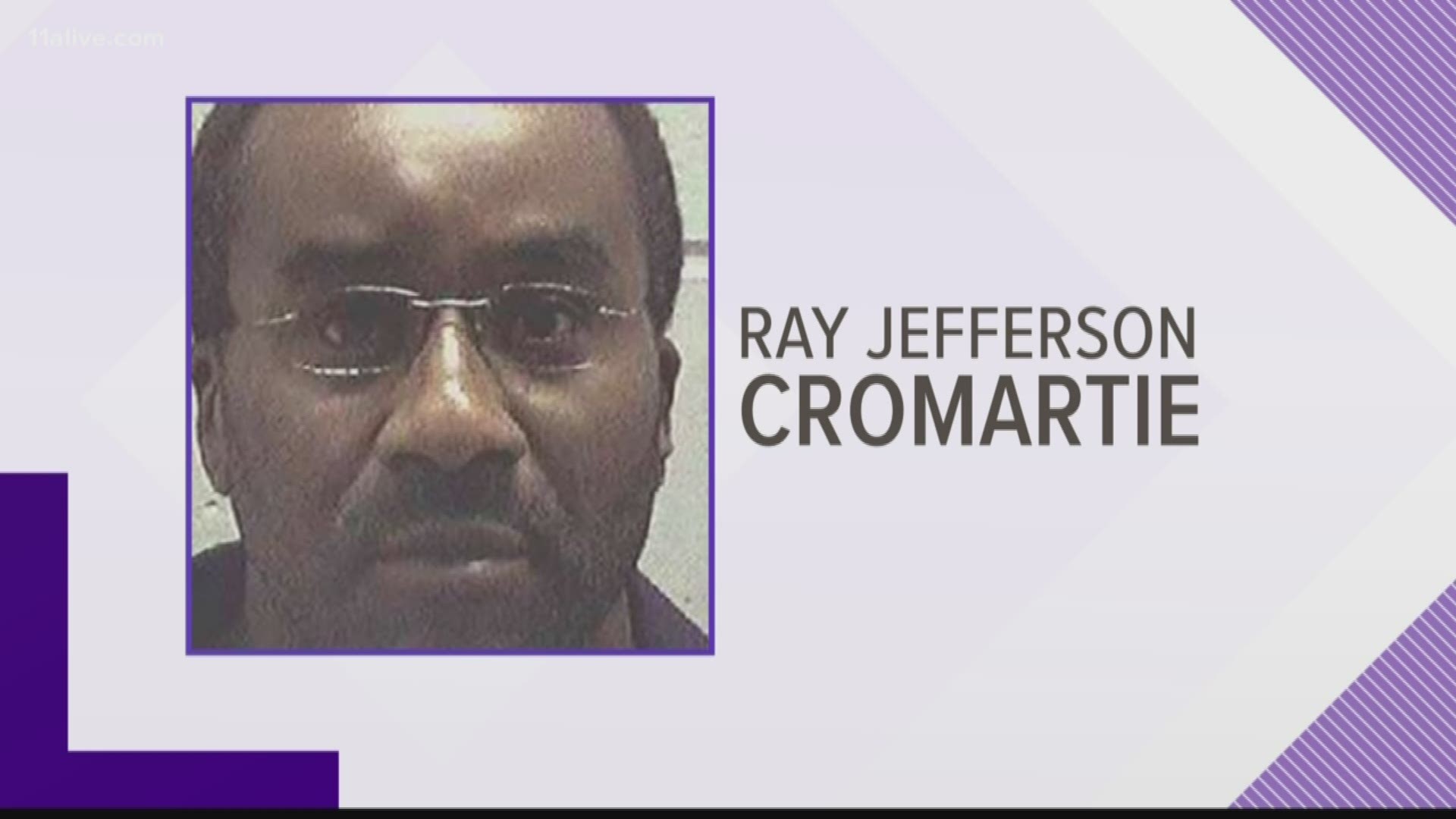 JACKSON, Ga. — Georgia's highest court on Friday declined to hear an appeal from a man scheduled to be put to death next week and also denied a request to halt his execution.

Ray Jefferson Cromartie, 52 is scheduled for a lethal injection Wednesday at the state prison in Jackson. He was convicted of malice murder and sentenced to die for the April 1994 slaying of 50-year-old convenience store clerk Richard Slysz in Thomasville, just north of the Florida line.

Cromartie has maintained his innocence, and his lawyers had asked the Georgia Supreme Court for permission to appeal a lower court's rejection of a request for DNA testing and a request for a new trial. They also asked that his execution be stopped while that played out.

The high court rejected those requests. Cromartie still has other requests for relief pending before state and federal courts.

"With the clock ticking, there is still time to prevent an unjust execution if the courts recognize Ray Cromartie's civil right to get the DNA evidence tested before his scheduled execution on October 30th," Cromartie attorney Shawn Nolan said in an emailed statement Friday.

Cromartie borrowed a handgun from his cousin on April 7, 1994, entered the Madison Street Deli that night and shot clerk Dan Wilson in the face, a Georgia Supreme Court summary of the case says.

Wilson suffered a severed carotid artery but survived. He couldn't describe the person who shot him, and footage from a surveillance camera wasn't clear enough to conclusively identify Cromartie.

A few days later, on April 10, Cromartie and Corey Clark asked Thaddeus Lucas to drive them to a different store to steal beer, the summary says. Lucas parked nearby and the other two entered the Junior Food Store.

In both cases, Cromartie told others he had shot the clerks, the summary says.

Lucas and Clark testified against him at his trial in September 1997. A jury found Cromartie guilty of charges including malice murder and sentenced him to die. 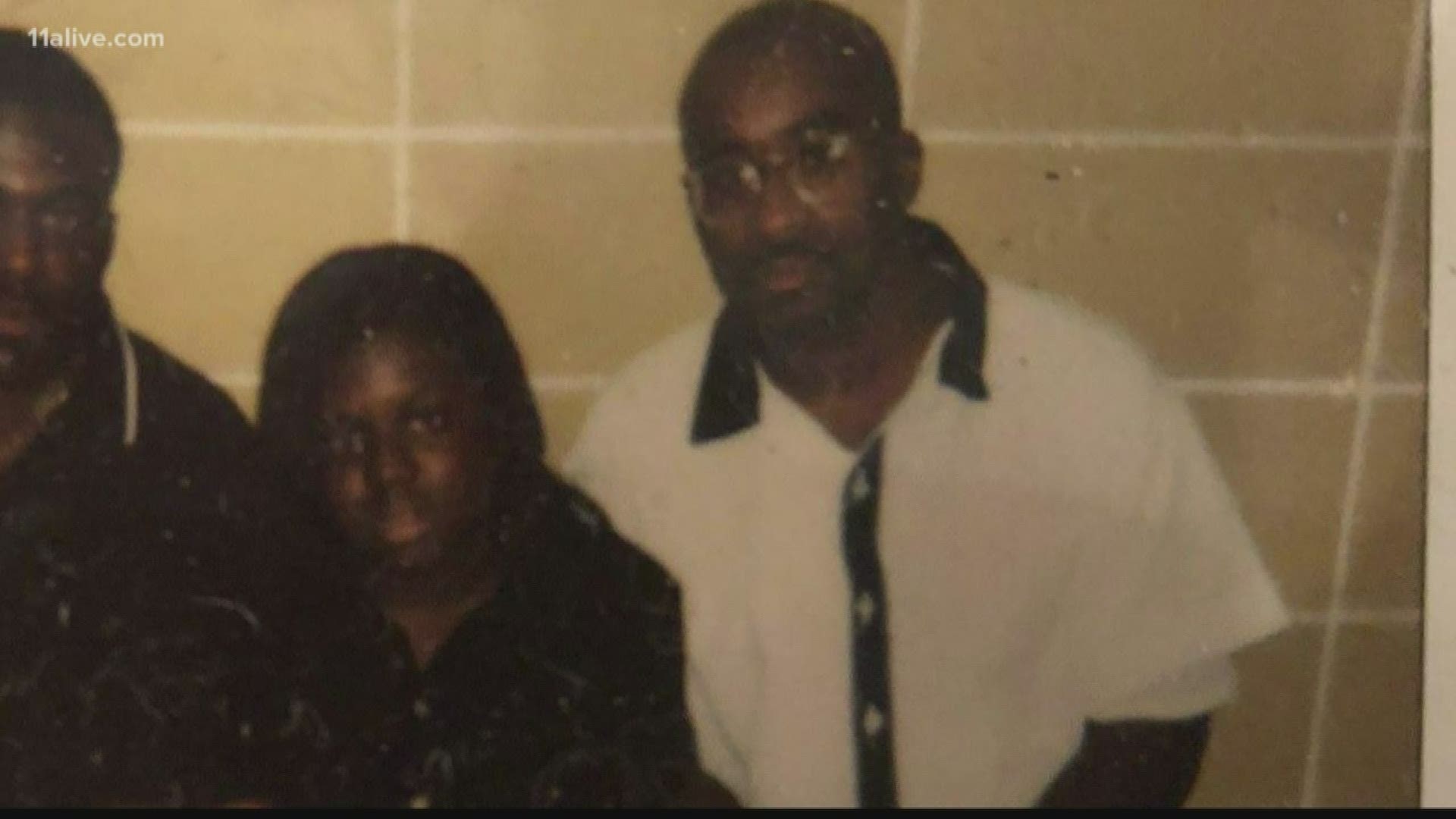 Cromartie's lawyers have asked for DNA testing on evidence, including: shell casings from both shootings; a knit cap and hooded sweatshirt found near the first shooting site; a package of cigarettes found near Slysz's body; clothing samples from other people they say could have fired the shots and Slysz.

Southern Judicial Circuit Senior Judge Frank Horkan last month found that it's not likely the DNA testing sought would lead to a different verdict in the case. He also said Cromartie waited too long to ask for the testing.

His lawyers on Tuesday filed a complaint in federal court saying the DNA testing could prove Cromartie didn't shoot Slysz, and therefore shouldn't have been convicted of malice murder and sentenced to death.

"He said from the beginning, he claims his innocence, he didn't commit this crime and he is willing to stick to that until the day of his execution," Cromartiie's brother Anthoney said.

The complaint challenges the constitutionality of the Georgia law governing post-conviction DNA testing and the way the Georgia courts have applied it.

The law presents a quandary, his lawyers said. If he'd asked for testing earlier when DNA testing methods weren't as advanced, his lawyers argue, the sample could have been destroyed without producing meaningful results. But now, when more advanced methods are available, the courts say he waited too long.

The complaint asks a federal judge to declare the state law unconstitutional, to order the evidence released for DNA testing and to prohibit the state from executing Cromartie "until they can do so in a way that does not violate his rights."

"With her saying what she said, and what everybody else is saying, it's still like everybody is turning their back on it and saying go ahead and let him die," Anthoney said. "What can we do to save him? What can we do? So, let's see what happens. I'm asking the governor to step in, you know, and change this situation."

The state has argued that the DNA evidence sought couldn't prove Cromartie's innocence.

Cromartie's lawyers also filed a petition Thursday in a state court challenging the constitutionality of his death sentence, saying his trial lawyers and first set of post-conviction attorneys were ineffective.

Cromartie's lawyers said Wednesday that he would not file a clemency application with the State Board of Pardons and Paroles, the only authority in Georgia that can commute a death sentence. Cromartie maintains his innocence and cannot in good faith ask the board for a life sentence, his lawyers said.

Cromartie would be the third prisoner executed in Georgia this year. The state says it uses an injection of the sedative pentobarbital for executions.