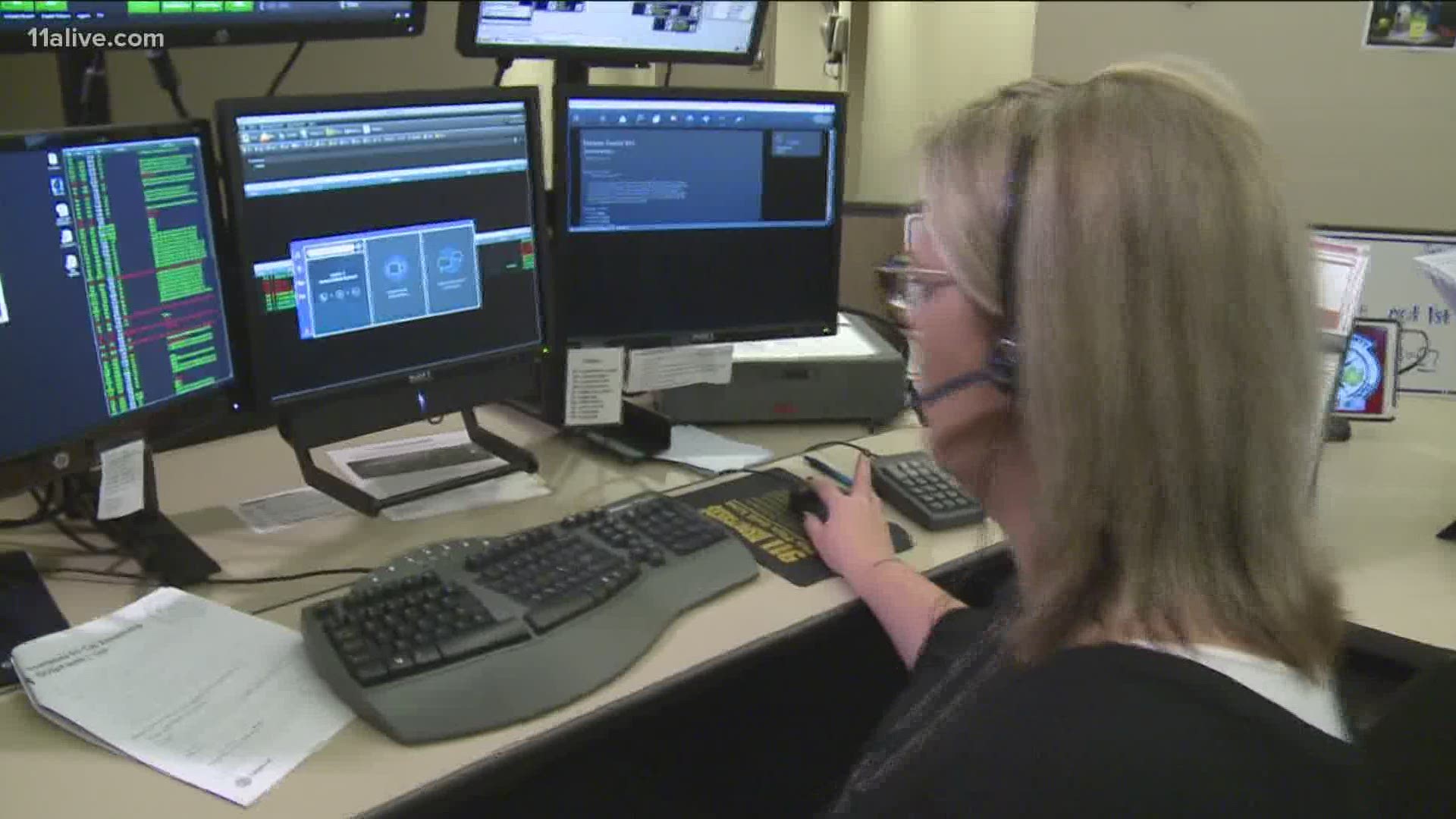 ATLANTA — Calls to Atlanta’s 911 center dropped sharply in 2020 as violent crime spiked, according to 911 data published by The Atlanta Objective, a Substack newsletter written by activist and journalist George Chidi.

Although we knew that homicides and aggravated assaults spiked unexpectedly in Atlanta in 2020, the surprising drop in 911 calls adds some context previously lacking.

When ongoing protests erupted in Atlanta last May 29, following the killing of George Floyd in Minneapolis, records show there were about 2,500 calls to Atlanta 911 that day.

On the night Rayshard Brooks was shot and killed by police in an Atlanta Wendy’s parking lot less than three weeks later, records show the number of 911 calls dropped again afterward.

"While crime was rising, at least over the last year, 911 calls fell. And they fell really significantly," said Chidi, who also writes for Decaturish, and who compiled the numbers.

"I think that that’s a reaction by the public to a perception of police misconduct," Chidi said. "People didn’t want to call the cops in part, I think, because people were afraid of how the police react."

Chidi said it’s likely that the drop in 911 calls isn’t directly tied to increases in homicides and aggravated assaults. But he thinks the same conditions created both.

"It's not that fewer 911 calls create more crime, but it’s a reflection of the breakdown between the public and the police. That breakdown is what causes crime," said Chidi, who previously worked at Central Atlanta Progress and the AJC newspaper.

Violent crime had dropped for much of the last decade – until last year.  Few analysts have been able to explain that.

Chidi thinks the drop in 911 calls can at least be a starting point to find some answers.