$15,000 reward offered after 7-year-old girl shot while riding in car in Buckhead

Kennedy Maxie remains in critical condition after being hit by a stray bullet in her aunt's car while passing Phipps Plaza. 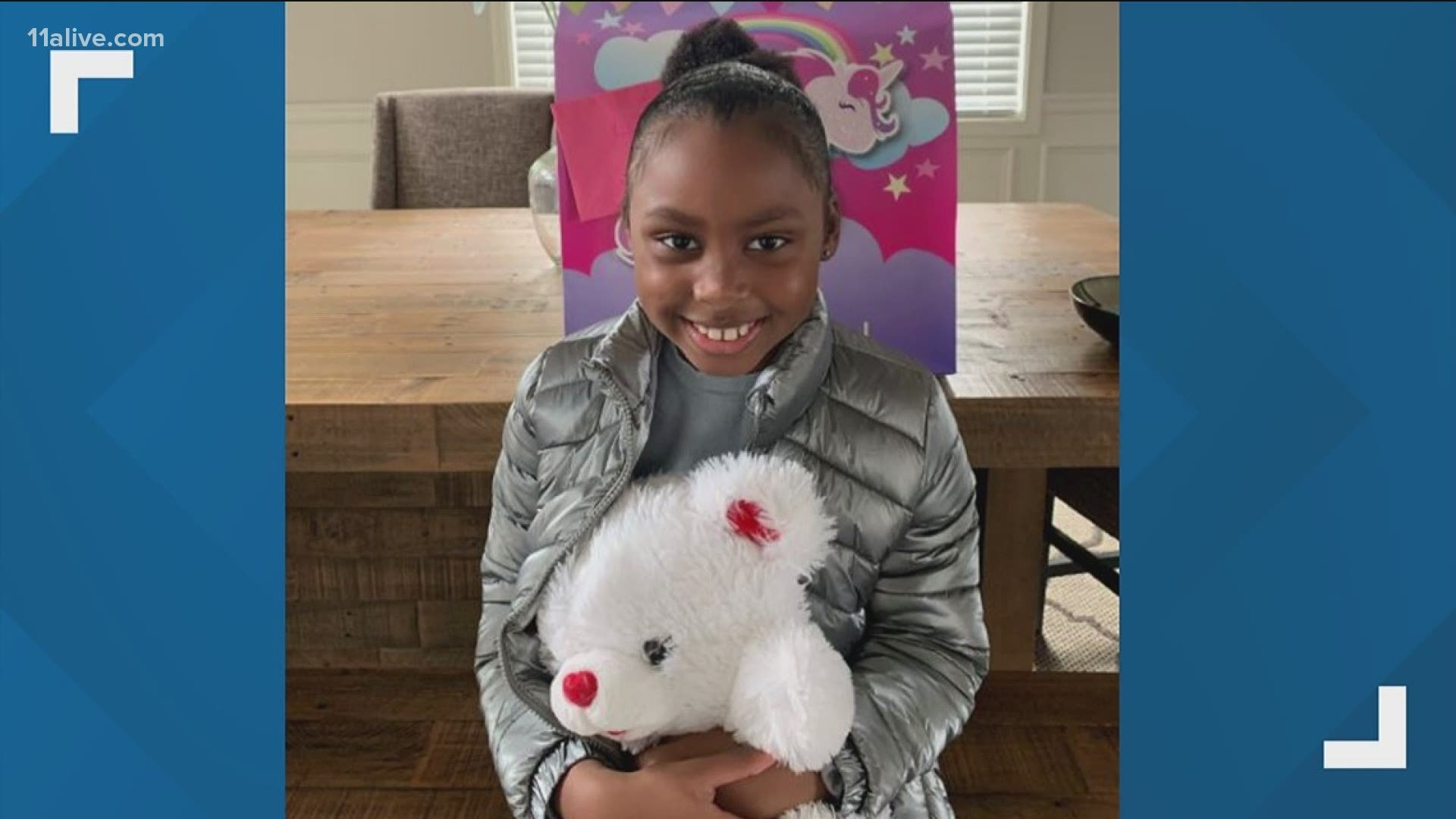 ATLANTA — A $15,000 reward is being offered for information leading to suspects involved in a shooting the left a 7-year-old girl critically wounded on Monday night as she rode in her aunt's car past Phipps Plaza.

Police believe Kennedy Maxie of Mableton was hit by a stray bullet. She was in a Nissan with her mother and aunt when she was shot in the back of the head. Police said the three of them were driving on Peachtree Road where they heard gunshots.

RELATED: Latest Buckhead shooting prompts police to partner with other organizations to reduce crime in the area

The aunt continued to drive the vehicle until she realized the child had been shot. That's when she headed to Children's Healthcare of Atlanta - Scottish Rite and called the police.

11Alive obtained a copy of the frantic 911 call, where the aunt tried to explain to the operator what happened.

Operator: What is the address of your emergency?

Caller: My niece was just shot in my car and I don’t know how it happened

Operator: Ma'am give me one second. What is the address?

During the call, you can hear crying and shouting in the background. The operator tries to figure out where they are calling from. She heads down Georgia 400 and they eventually arrive at the hospital to get help.

Atlanta Police is now "seeking the assistance of the public with any information relating to this incident," a CrimeStoppers flier said.

The family released her photo in the hopes that it will help lead to tips, Atlanta Police said.

Investigators say there had been an argument between several men in the parking lot of Saks Fifth Avenue, and they are looking through surveillance video to see if that’s where the shot was fired from.

They’re not sure how many of the people involved in that dispute had guns but they do not believe the victims’ car was targeted. Still, this uptick in gun violence in this area of Buckhead continues to raise concerns for law enforcement.

“Right now, it looks like it was the wrong place at the wrong time," said homicide commander Pete Malecki.

Currently, there are no suspects in the case.