Up to $12,000 reward now on offer for information in hit-and-run death of deputy's son

Richard Bartlett III, the son of Gwinnett Deputy Tamara Bartlett, died in the incident in June. 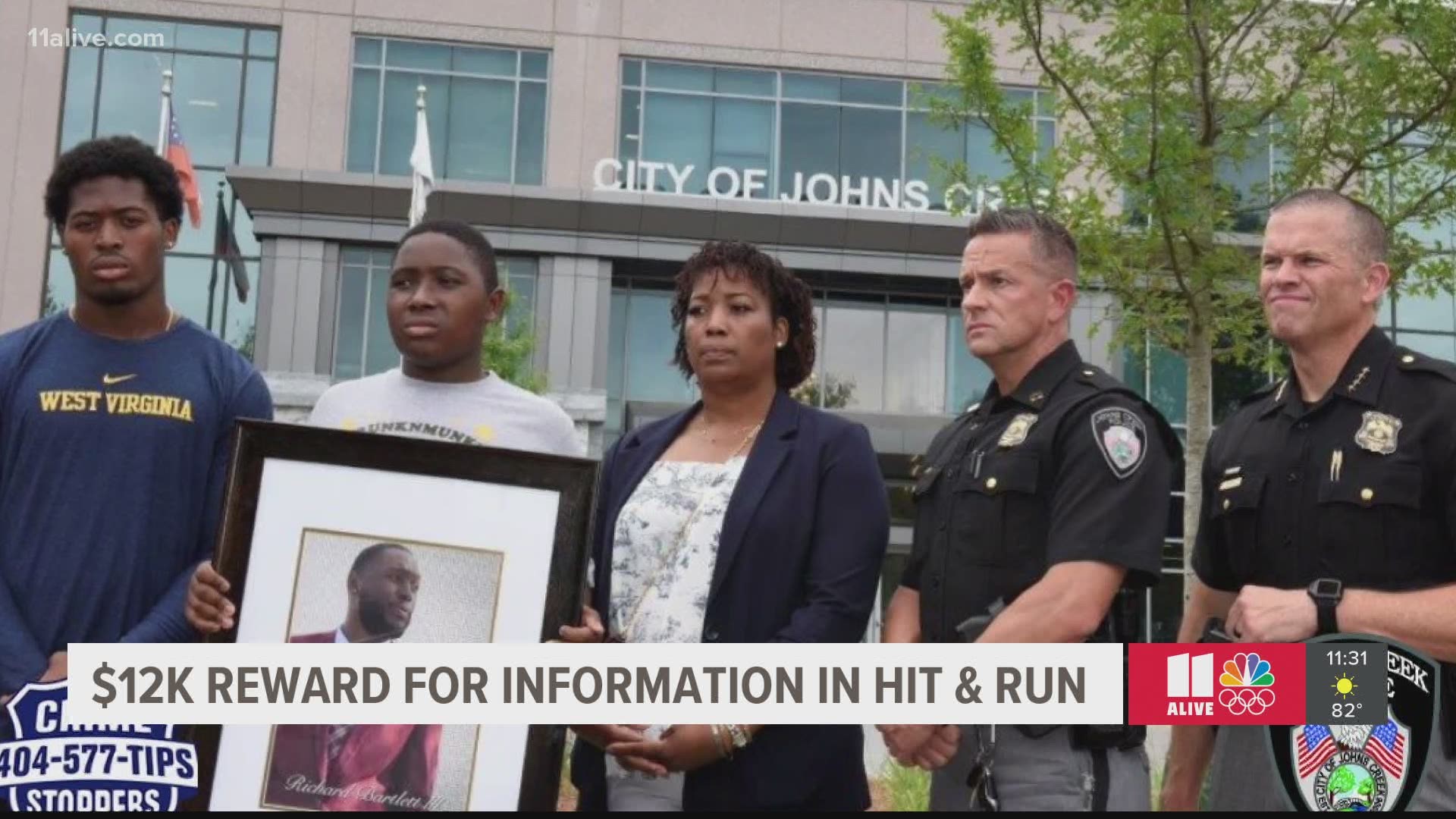 JOHNS CREEK, Ga. — The family of a 23-year-old who was killed in June in a hit-and-run in Johns Creek is renewing their search for justice with a $10,000 reward for information leading to the arrest and conviction of the driver.

An additional $2,000 reward is available from Crime Stoppers, making for up to $12,000 in a potential total reward.

Richard Bartlett III, the son of Gwinnett Sheriff's Deputy Tamara Bartlett, was killed while trying to secure a mattress and boxspring on his car on McGinnis Ferry Road near the Chattahoochee River.

RELATED: Sheriff's office renews push for answers in nearby town after deputy's son killed in hit-and-run

The Johns Creek Police Department believes the vehicle responsible was a dark or black BMW - possibly with four doors. They believe it would have had damage to its front bumper, hood, and windshield from the crash.

In a bulletin posted this week, the department said there would also be a mobile digital sign traveling through Johns Creek, Duluth, Suwanee and elsewhere in Gwinnett County alerting the public to the case and asking for help.

"We are asking for any information about the vehicle or driver responsible for the hit and run that resulted in the death of Richard Bartlett III. Crime Stoppers is offering a $2,000 reward and the family has offered up a $10,000 reward for information that leads to the arrest and conviction of those responsible," the department said.

Anyone with information about the car and/or the driver is asked to contact Officer Alexander Hennessee with the Johns Creeks Police Department at 470-774-3358 or via email at alexander.hennessee@johnscreekga.gov.