A lawyer accused of killing his mom was on the run for 7+ months. Here's how he was caught.

Richard Merritt had evaded authorities for months after skipping out on a Cobb County jail sentence and allegedly killing his mother in DeKalb County. 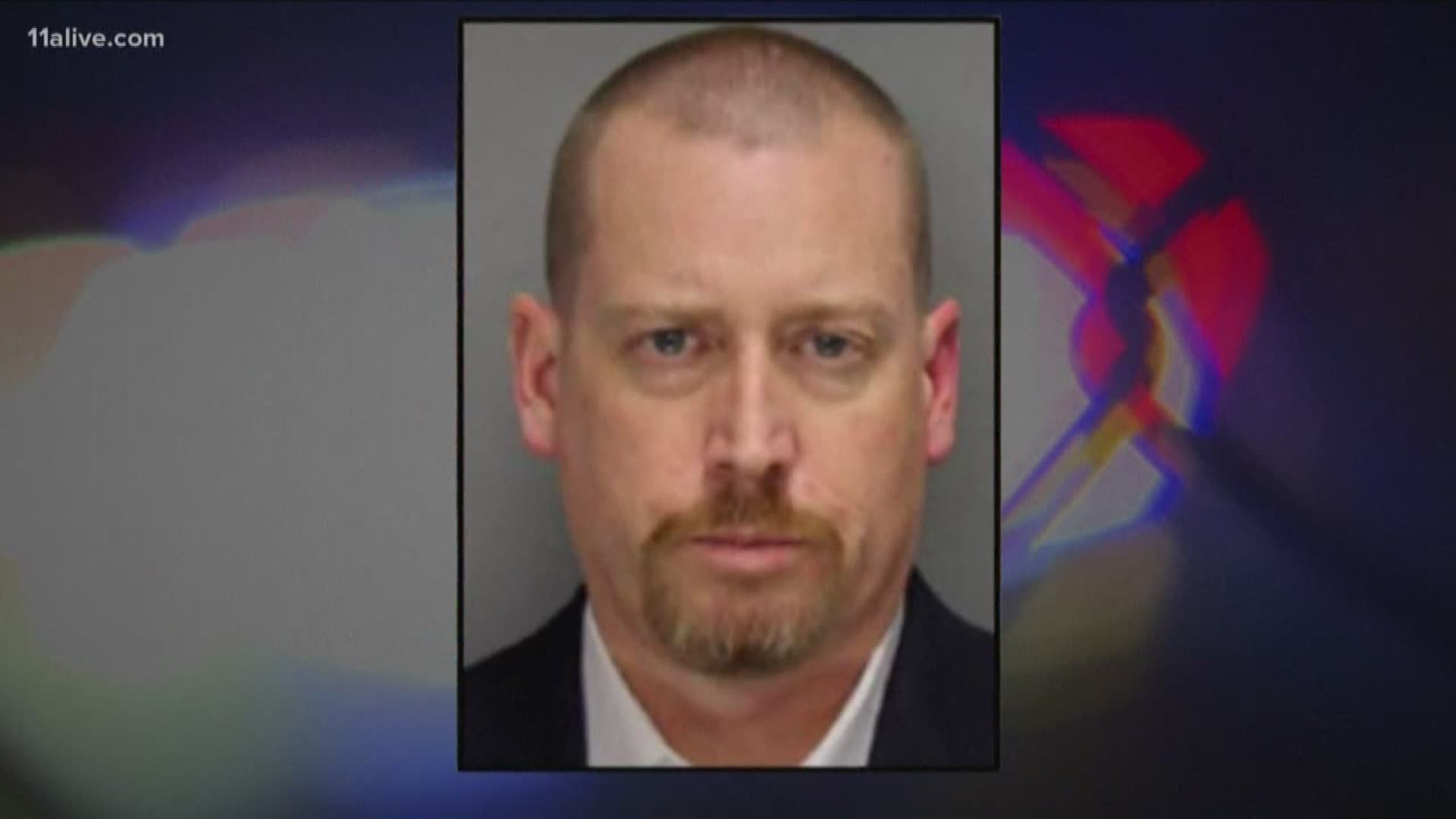 NASHVILLE, Ga. — A lawyer accused of cutting his ankle monitor, skipping out on reporting to jail, and killing his own mother before evading authorities for nearly eight months was finally found - because somebody else was suspiciously pulling on car door handles.

The remarkable break in the case that led to Richard Merritt's arrest on Monday was described by U.S. Marshals to 11Alive's Joe Henke.

It began back in February, when Merritt was supposed to surrender to Cobb County authorities to serve a 15-year jail sentence on a theft and elder exploitation conviction. The now-disgraced attorney had been found guilty of settling malpractice suits for clients without their knowledge and pocketing the money.

A judge gave him time to get his affairs in order, but instead of reporting to serve his prison sentence on Feb. 1 of this year, authorities said Merritt cut his ankle monitor and went to his mother Shirley Merritt's DeKalb County home, where he allegedly stabbed her to death. Then he stole her Lexus SUV and fled.

As the months passed, the Marshals were "still trying to identify where he could be," U.S. Marshal Eric Heinz said.

RELATED: Attorney on the run for 7 months in mom's brutal death captured in Nashville

Then came an unexpected tip last Friday from Nashville Police, who'd gotten a tip from school police at Vanderbilt University.

It wasn't Merritt the caller had seen, but it was who they inadvertently uncovered.

As officers ran the tags on the cars that had potentially been broken into, they discovered one of them was the car Merritt had last been seen driving - his mother's stolen Lexus SUV.

Police then moved to learn his patterns, identifying an apartment he'd been living in and a restaurant in Nashville - Betty's Grill - he had been going to.

The Marshals got him after staking out the area by the restaurant and cornering him after he'd entered a thrift shop.

Heinz said officers approached Merritt and asked him to get on the ground and identify himself.

"You know who I am," he reportedly responded.

A manager at the thrift store described a chaotic scene.

"There was a little bit of a commotion, a man ran in through the back racks which is past our office," Gabrielle Flemeister told 11Alive. "Next thing we know, I see they had on the flak jackets, I kind of see a handle of a gun."

Almost as fast as it started, though, Merritt was under arrest.

"It was done really quickly and quietly, less than three minutes," Flemeister said. "It was pretty nuts. We get odd characters, but nothing like that."

She said Merritt "did sort of have the usual vagrant look, hanging out in a thrift store, or running through a thrift store for some crazy reason as usual."

According to Heinz, the Marshals found evidence in the car that suggested he'd been in the Nashville area for at least a couple weeks. He'd also been living with a woman who had no hint he was a wanted outlaw accused of murdering his mother.

The subsequent manhunt Heinz said, "took up a lot of resources, not just from local law enforcement."

"He was a violent individual who was out on the run and the entire safety of the community was in jeopardy," Heinz said.

Merritt's brother Robert has also said that leniency was the wrong decision.

“I think there was always a concern that he might flee given the nature (of) the crimes he had committed, but no one ever saw this coming,” Robert said.

Merritt will now have to be returned to Cobb County, where his time in prison is expected to double. A judge previously sentenced Merritt to 15 years in prison and 15 years on probation. The Cobb County District Attorney tells 11Alive Merritt could now serve the entire 30 years behind bars, however it's still unknown how the murder charges might affect that.