Disgraced attorney Richard Merritt cut off his ankle monitor and went on the run. His mother was found stabbed to death the next day. He's now in custody. 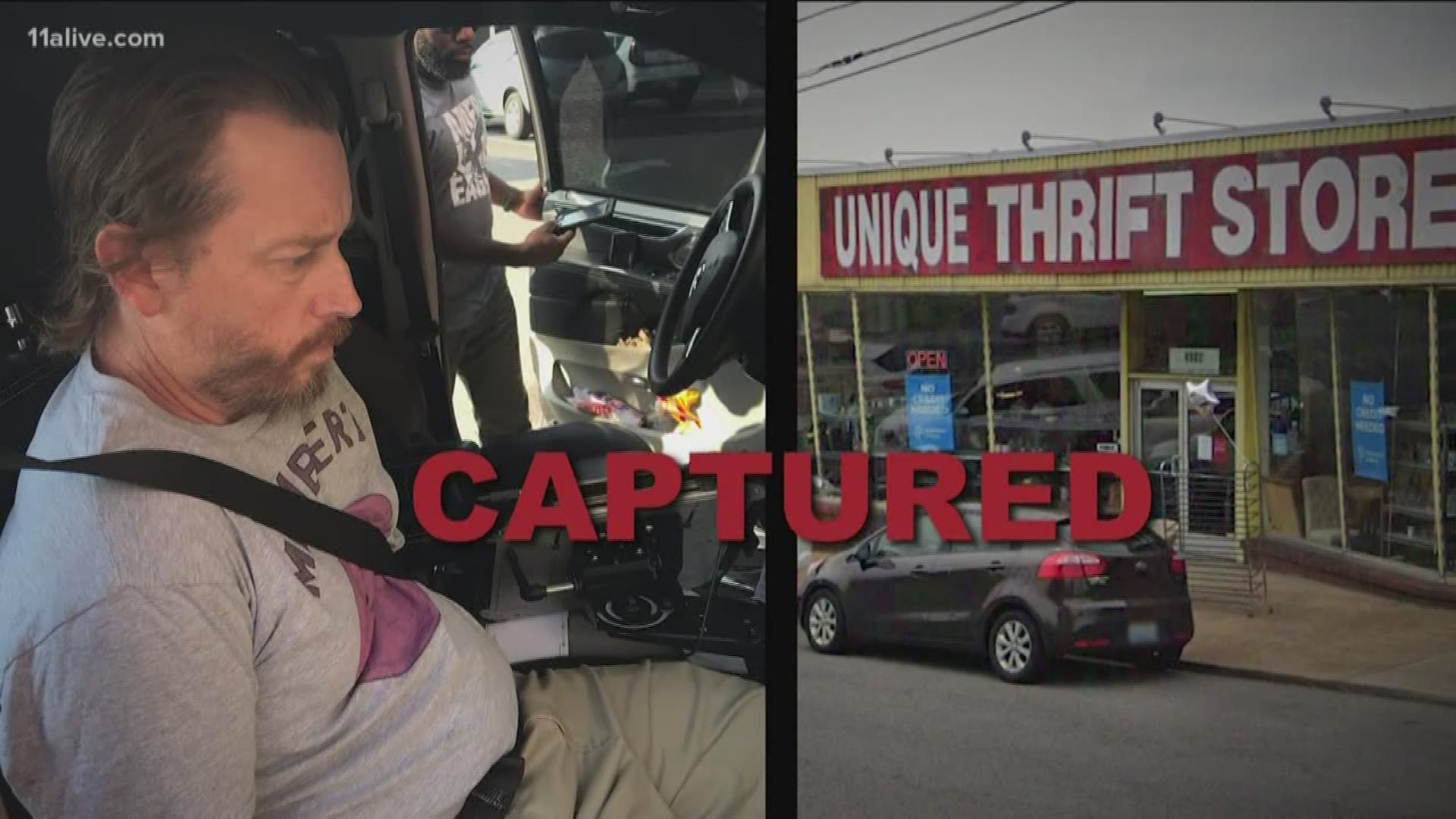 NASHVILLE, Tenn. — The nationwide manhunt for a disgraced attorney wanted for allegedly murdering his own mother is now over.

Authorities confirm Richard Merritt was caught Monday by the US Marshals in Nashville, Tennessee, after spending nearly seven months on the run.

It all started back in January, when Merritt pleaded guilty to theft, forgery and elder-exploitation charges related to crimes committed against 17 of his former clients. Prosecutors said Richard Merritt settled malpractice suits without telling his clients and would keep the money for his own benefit - using it to take lavish vacations and buy sports cars.

A judge sentenced him to spend 15 years in prison, but first allowed him to get his affairs in order. But instead of reporting to Cobb County Jail on Feb. 1, authorities say he cut off his ankle monitor.

Days later, on Feb. 2, police found his mother, Shirley Merritt, dead inside her DeKalb County home. Police said her son Richard stabbed her to death, then took off in his mother's silver Lexus SUV.

Merritt had been wanted ever since, but had managed to evade investigators for months. His escape - and the brutal death of Shirley - left his family and former clients on edge.

Richard's brother Robert Merritt said that leniency was the wrong thing to do.

“I think there was always a concern that he might flee given the nature (of) the crimes he had committed, but no one ever saw this coming,” Robert said.

Robert said Richard was living with their mother while dealing with the legal battles and describes their bond as “close.”

Robert said if the judge had ordered Merritt into custody as soon as he was sentenced, Merritt wouldn't have had to opportunity to commit the alleged stabbing, and their mother Shirley would still be alive.

“The rest of us, we don't want to have to look over our shoulder for the rest of our lives,” Robert said. “We all children ... everyone is flabbergasted by the brutality that was done.”

Marshals had been searching for Merritt across the nation - but because of his connections and his line of work, authorities said he could have been anywhere.

They finally found him in Nashville - just over 250 miles from Atlanta. NBC affiliate WSMV reported that authorities found his car in Nashville last week, and what they recovered from inside let them know he was likely in the area.

US Marshals confirmed he was spotted walking into a thrift store off Charlotte Avenue in Nashville, Monday, and that's where he was arrested. The Marshals said they weren't aware of any other additional crimes connected to the former attorney.

Following Merritt's arrest, the Cobb County Sheriff's Office sent a statement praising the teamwork of the multiple agencies who worked to help find him.

“I am grateful for the dedication of everyone who assisted in the eight-month-long search for Richard Vinson Merritt. Over these many months and particularly as the situation quickly evolved over the weekend, members of the Cobb District Attorney’s Office were integral in supporting the U.S. Marshals task force," said Holmes. "I am also extremely thankful that no officers were injured while taking Mr. Merritt into custody in Tennessee."

"As we all know, he did not turn himself in as ordered, and thus at some point, he will be returned to Cobb for a hearing to revoke his probation," Holmes said. This means he will have to serve the entire 30-year sentence in prison.

"It is a relief to know he is back in custody and I am confident that justice will ultimately prevail," Holmes said.

Merritt's first appearance will be in Tennessee, in Davidson County, on Wednesday.