The victim told 11Alive the suspect came out of nowhere and allegedly cracked her windshield with an object he threw - before pulling a gun. 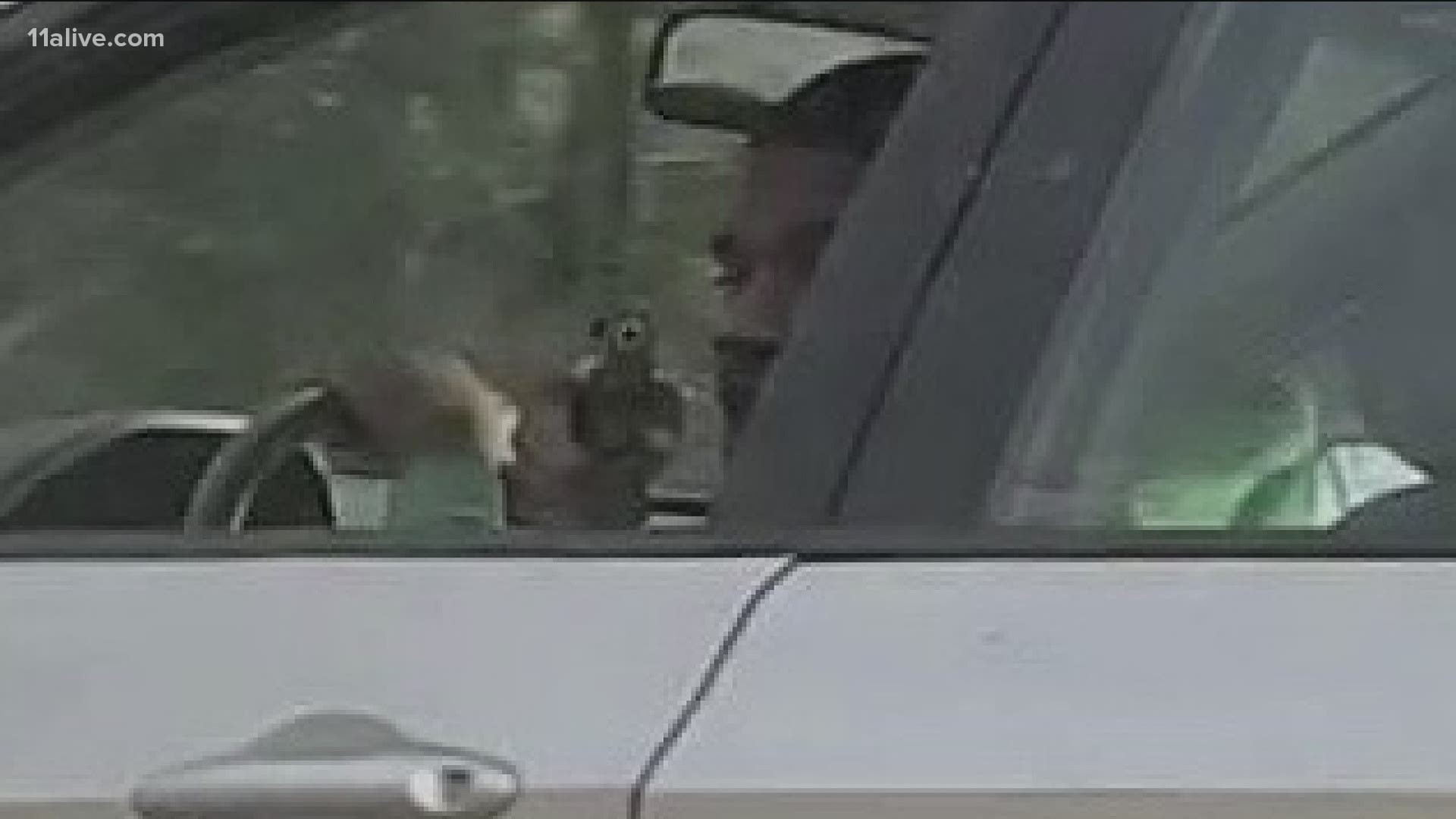 ATLANTA — Atlanta Police are looking for the suspect in a road rage incident that turned violent. The victim told 11Alive she never exchanged a word with the man - but he made his intentions clear.

The victim wanted to remain anonymous because the man is still out there on the roads. But she said she had to speak up to warn other drivers.

"I saw him fly up behind me - he had to be going 90-plus. Had to be. And he was doing the aggressive ride-my-bumper, back and forth," the victim described.

She said it happened right near Hartsfield-Jackson Airport, where Interstates 85 and 285 merge. There's a bunch of roadwork going on that slowed traffic to a crawl.

"There's a truck in front of me, I have nowhere to go. Nowhere," the victim recalled. "I'm looking at him, going, 'what do you want me to do?'"

She said the driver of a silver Hyundai accent, with license plate number RVP2367, then pulled into the emergency lane, rolled down his window and threw something metallic at her car.

"He starts coming up, throwing objects at my car! My windshield is cracked," she said.

That's when she got her camera out, because she wanted to document the damage.

"And I'm like, great, now I have to get your license plate because you damaged my car," she continued. "So, I sped back up and he starts slowing down and pulled a gun on me."

The victim said she almost couldn't believe her eyes when she saw the gun pointed right at her. She said time slowed down before he sped away.

"'Is this it? Really? I'm going to be killed because I couldn't move for this guy?'" she recalled asking. "I couldn't merge, couldn't do anything at all. I'm not going to see my family because of a road rage incident."

She said she wanted to speak up to warn other drivers about this guy, but also remind every driver on the roads to take it easy.

"Atlanta, I understand we are under a lot of stress. This entire situation has stressed us all out. But every single car contains a family member to someone and they matter," she reminded.

"Stop treating strangers so horribly. Please," she pleaded. "Have some patience."

She said she saw the driver get off at the MLK Drive exit, and she kept going. She said she wants this guy caught so he doesn't do it to any other driver on the road. She filed a report with Atlanta Police Zone 4, and they are investigating.