Video of the incident spread quickly online leading to an internal investigation and a deputy being placed on administrative leave. 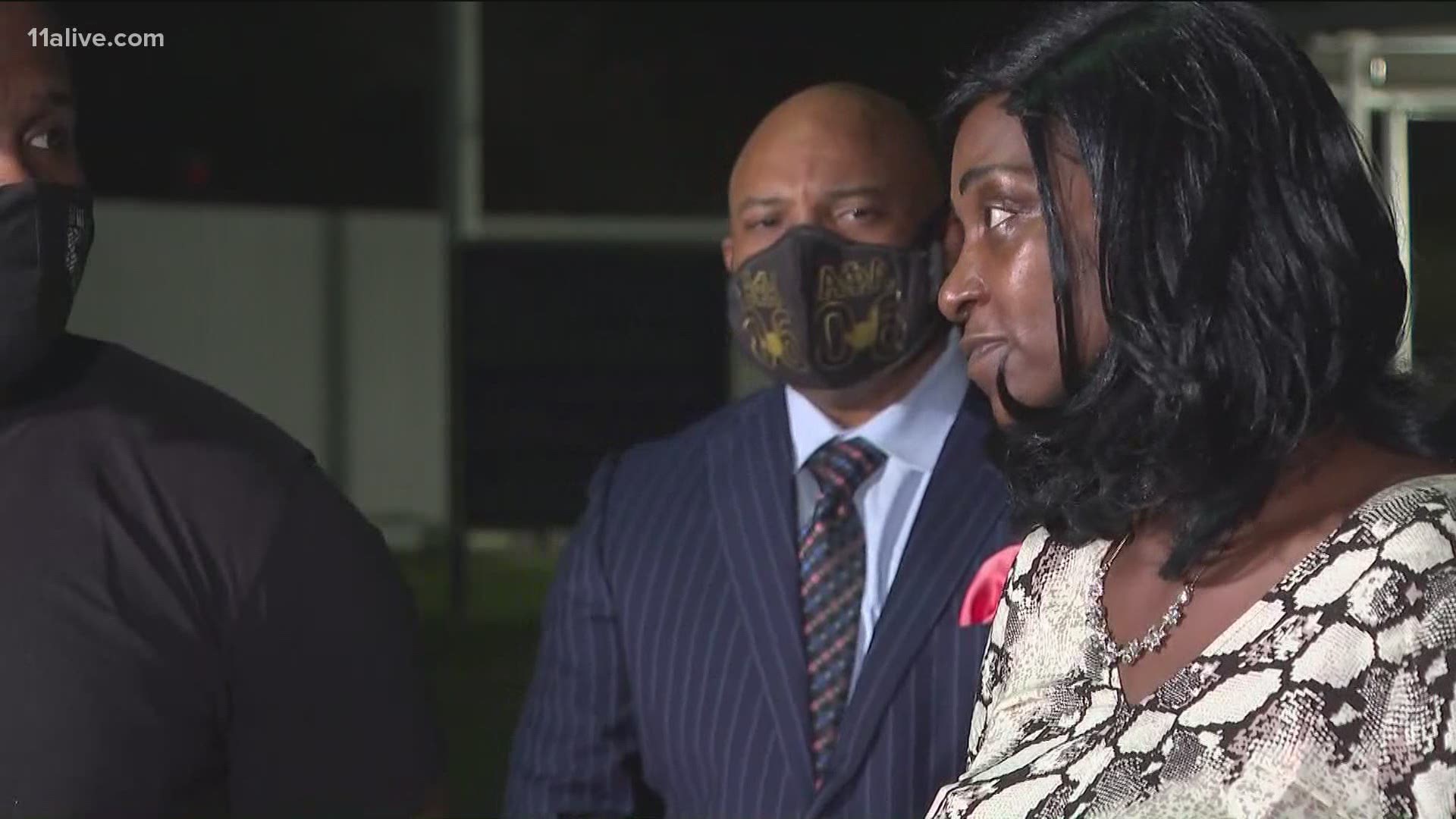 CLAYTON COUNTY, Ga. — The family and attorneys of a man seen being pinned and hit by deputies in Clayton County spoke publicly for the first time on Saturday evening - just one day after a video of the incident went viral.

They said the man's name is Roderick Walker and that he is in the Clayton County jail on multiple counts of obstruction as well as battery. But his attorney said those are bogus charges and they demand he be released on bond now.

A widely circulated video has led to one Clayton County sheriff's deputy being put on leave and has sparked an internal investigation.

The video shows Walker pinned to the ground and, at one point, one deputy repeatedly punches him in the face while he's on the ground attorney. Attorney Shean Williams said Walker and his girlfriend had just dropped off a rental car and asked someone to drop them off down the street.

That driver was stopped for an alleged broken taillight. Williams said deputies asked Walker, who was a passenger, for identification. Walker allegedly asked why because he wasn't driving. Deputies then demanded he get out of the car, Williams said, and that's when things led to the altercation.

Walker's mother Tywouna Walker, who spoke at the conference, was emotional when addressing what happened to her son.

"I just want my son home because he would be real bad. He did nothing wrong," she said.

Walker's attorney said he has multiple injuries to his face but is doing OK. Also with Walker at the time of the stop was his girlfriend and young child, according to Williams. His attorney and the NAACP are demanding Walker be released on bond on Sunday morning.

The Clayton County Sheriff's Office released a statement earlier saying that, "after being made aware of a video posted on social media involving a deputy using physical force on a man, Sheriff Victor Hill ordered an entire internal affairs unit to come in and begin the investigation that has been going on since 8 p.m. The sheriff has ordered that the deputy involved be placed on administrative leave pending the outcome of the investigation."