Rossana Delgado was reported missing on April 16 and discoveries made by her husband, who tracked her phone, led loved ones to fear that foul play was involved. 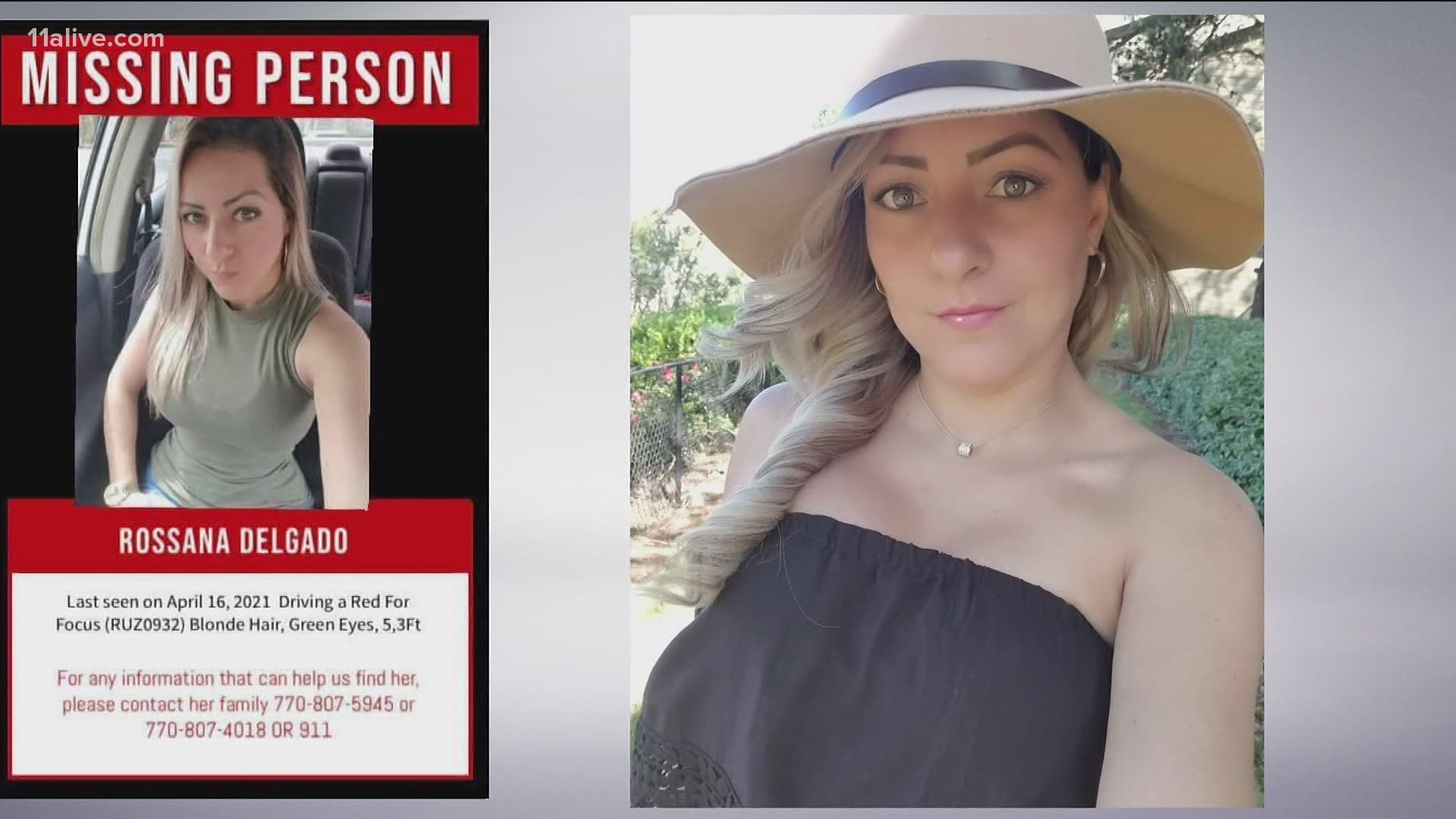 GILMER COUNTY, Ga. — Law enforcement agencies have identified four suspects and are working to learn the name of a fifth after the body of a missing woman was found during a welfare check.

The Georgia Bureau of Investigation reported that the Gilmer County Sheriff's Office had discovered the body of 37-year-old Rossana Delgado of Bethlehem, Georgia on April 20 around 7 a.m. while checking a home in Cherry Log.

Delgado had been reported missing in Barrow County on April 16 and had last been seen in DeKalb County on that day.

Loved ones, who had not been notified of the discovery as of Friday, spoke with 11Alive about her disappearance and concerning discoveries that led them to believe there was foul play involved.

Her close friends said Delgado spoke to her husband around 7 p.m. last Friday night, right before picking up a person for her job. That was the last time he spoke with her. He reported her missing about eight hours later.

A day after those close to the mother of two spoke with 11Alive, the GBI released details on her death and the people they believe may be tied to it. According to a statement released on Saturday afternoon, investigators are looking for 30-year-old Megan Alyssa Colone of Stone Mountain, 35-year-old Juan Ayala-Rodriguez of Gainesville, 26-year-old Oscar Manuel Garcia of Austell, and 29-year-old Mario Alberto Barbosa-Juarez of Oklahoma City Oklahoma.

A fifth person may also be involved but hasn't yet been identified. Authorities also said that Colonoe may be using the alias Grace Beda.

At this time, investigators believe there's a chance that the five may no longer be in Georgia.

Anyone with information about the crime or the suspects is asked to contact the GBI tip line at 1-800-597-8477, visit their online tip website, or download the "See Something, Say Something" App.

Those who spot the suspects are urged not to approach them but call 911 immediately.