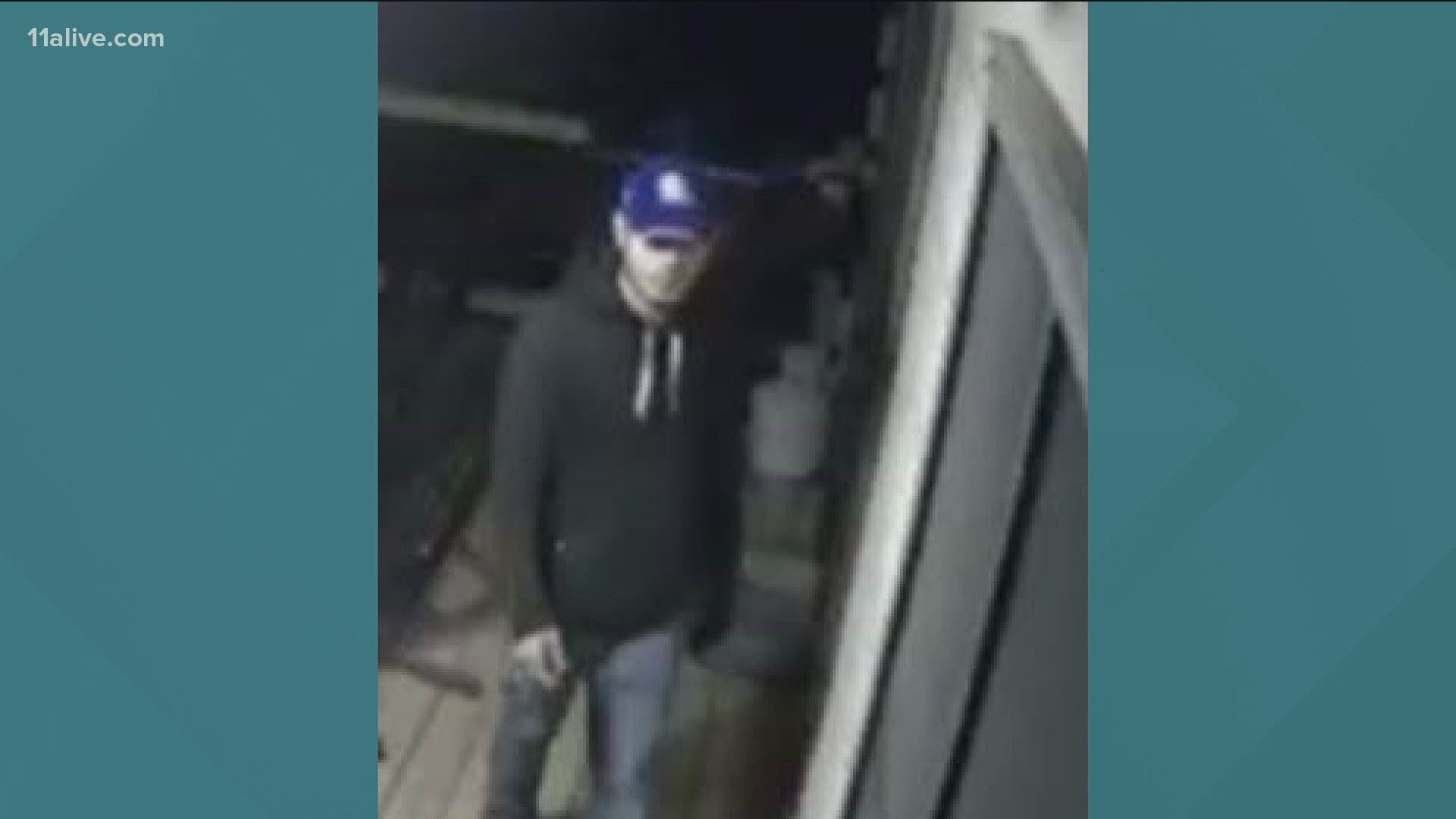 GILMER COUNTY, Ga. — The search continues for five people that investigators believe may be tied to the death of a metro Atlanta taxi driver and mother of two.

And while authorities have named four of those people publicly, they're now asking for help learning the identify the fifth.

The Georgia Bureau of Investigation, on Sunday, released two photos of a man they believe was involved in the death of 37-year-old Rossana Delgado. The photos show a man who appears to have a slender build who is wearing jeans, a dark hoodie, and a blue cap that appears to have a white logo on it.

Delgado was reported missing on April 16 and discoveries made by her husband, who tracked her phone, led loved ones to fear that foul play was involved.

Her close friends said Delgado spoke to her husband around 7 p.m. last Friday night, right before picking up a person for her job. That was the last time he spoke with her. He reported her missing about eight hours later.

While her body was found on April 20, her family wasn't aware of the discovery until Saturday when the Georgia Bureau of Investigation released details on the murder investigation which was launched by the Gilmer County Sheriff's Office days earlier.

The investigation began after a welfare check in Cherry Log, Georgia where deputies discovered and eventually identified Delgado's body.

With the help of the Georgia Bureau of Investigation, authorities have now identified four of the five people they believe are connected to her murder.

According to a statement released on Saturday afternoon, investigators are looking for 30-year-old Megan Alyssa Colone of Stone Mountain, 35-year-old Juan Ayala-Rodriguez of Gainesville, 26-year-old Oscar Manuel Garcia of Austell, and 29-year-old Mario Alberto Barbosa-Juarez of Oklahoma City Oklahoma. Colone may also be traveling under the alias Grace Beda.

Investigators also believe they may already be outside of Georgia.

Anyone with information on the four identified suspects or who may know the fifth is asked to contact the GBI tip line at 1-800-597-8477, visit their online tip website, or download the "See Something, Say Something" App.

Those who spot the suspects are urged not to approach them but call 911 immediately.