Police are searching for 30-year-old Duane Hall, who may be driving a car stolen from the scene. A 2019 silver or dark grey Toyota Camry, with the GA tag: RSC 5623. 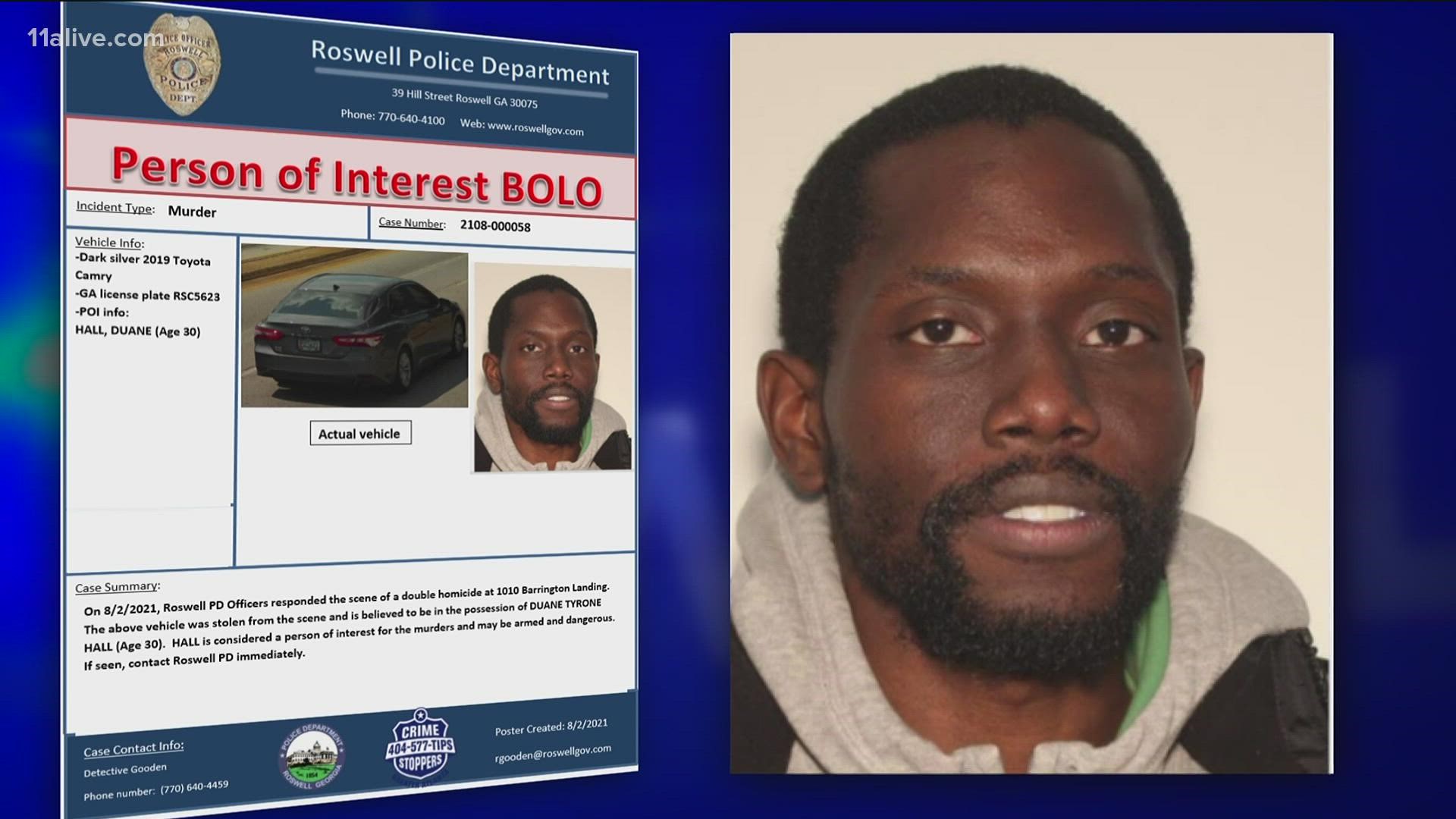 ROSWELL, Ga. — Roswell Police are searching for a person of interest in a double murder investigation after two people were found dead at a home on Barrington Landing Court.

Police said 30-year-old Duane Hall, may be driving a car stolen from the scene, a 2019 silver or dark grey Toyota Camry, with the Georgia tag: RSC 5623. Investigators believe Hall traveled to Henry County since taking the car.

Officials said they were called out to the home Monday around 11 a.m., after a family member found one of the bodies and called 911.

Police have not identified either of the victims and they have not released any details on how the victims died as of Tuesday. However, investigators said there is a relationship between Hall and the two victims.

Police records show officers were called out to the same address back in July, by Hall's parents who were concerned about his mental health. Roswell Public Information Officer Tim Lupo said that wasn't the only time.

"I can confirm we have a call history out to that address but how it relates to this, I can't say right now," Lupo said.