The issue has become more prevalent throughout the pandemic. 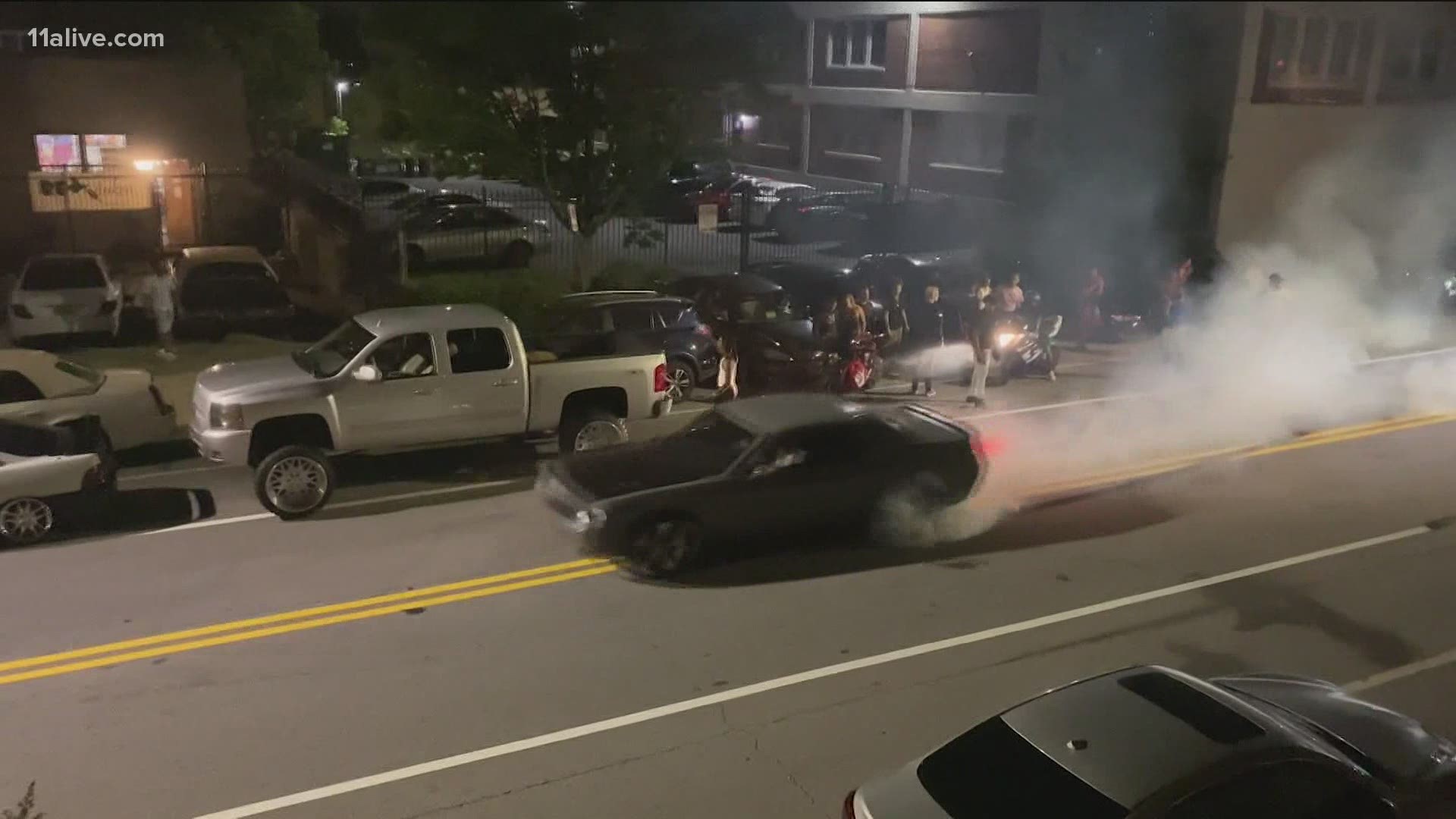 SANDY SPRINGS, Ga. — The city of Sandy Springs this week became the latest to attempt to curb street racing activities, with a new ordinance approved on Tuesday night.

According to a city release, the City Council approved "regulations and penalties for those organizing or participating in street racing and reckless driving exhibitions and spectators for those events."

The issue has become more prevalent throughout the pandemic, and continues to be a recurring problem with most events and public activities still shut and being canceled.

At least one state Senate bill introduced in the current session which would make it a misdemeanor to promote, advertise, or attend an event where drivers are laying drag, or illegally street racing.

The bill also calls for having special "high-performance" license plates required for cars made with or modified to have 650 horsepower or more.

According to Sandy Springs, its new ordinance "will provide Sandy Springs Police with better enforcement options against illegal street racing."

The city said violators of the ordinance “shall be punished by a fine not exceeding $1,000, imprisonment for a term not exceeding six months, or any combination thereof, subject to the limitations contained in the Charter of the City or applicable state law.”

The city said it will also impound cars used during such activities for at least 30 days.

“Street racing poses a danger for participants and spectators alike. Whenever you mix high speed and driver antics, it is a recipe with a high potential to injure people and even kill someone. With this Ordinance, we want to get the word out that street racing won’t be tolerated in our city,” Sandy Springs Police Chief Ken DeSimone said in a statement.

The city said the ordinance is effective immediately.