Surveillance footage showed the man taking photos under the skirt of a woman in the store, detectives said. 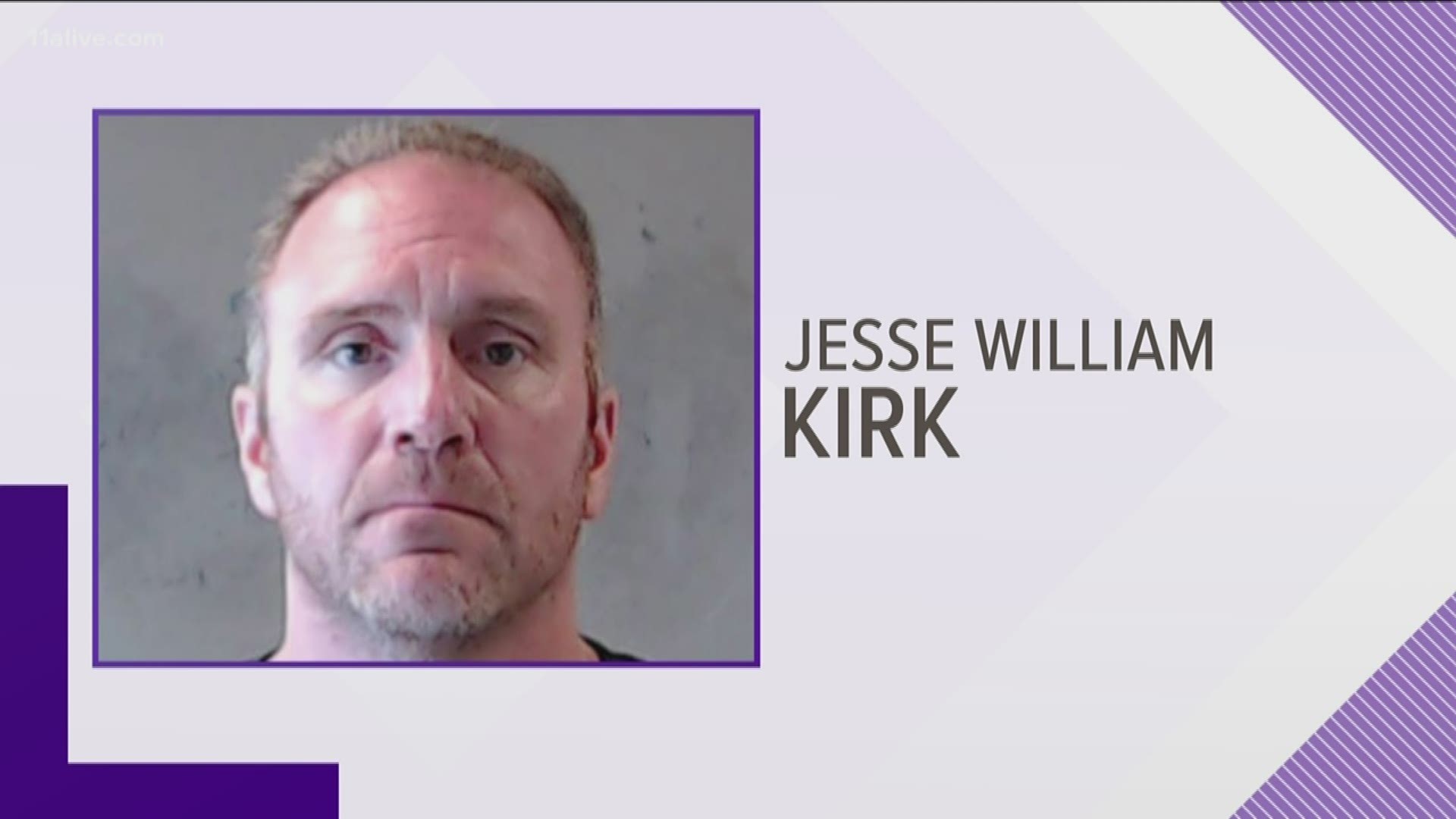 BROOKHAVEN, Ga. — Brookhaven Police detectives have arrested a registered sex offender after he was allegedly seen taking photos under the skirt of a woman at a warehouse store.

Jesse W. Kirk, 45, of Lithonia is charged with two felony counts of "use or installation of device to film underneath or through an individual’s clothing" stemming from an incident on July 23 at Costco, police said.

Just before 2 p.m., when officers arrived to a "suspicious person" call, Kirk had already left the scene, however, responding officers were able to observe Kirk on surveillance video "wandering around" the initial victim and "extending his right arm under the victim’s skirt," according to police.

An investigation by Brookhaven detectives revealed that the crime took place and it also revealed a second victim.

During the incident with the second victim, Kirk is observed to "pace back and forth in the general vicinity" of the victim, police said. As the victim stands up, Kirk is seen on video walking closely behind the victim, "bending down and placing his phone underneath the her skirt."

Kirk was arrested without incident and transported to the Dekalb County Jail where he remains.

Detectives are urging any other potential victims to contact the Brookhaven Police Department at 404-637-0600.

Warrant: Braves stadium worker threatened to 'shoot everyone there' and 'blow up the place'