Shannon Ryan is charged with kidnapping the 2-year-old son of Leila Cavett after the toddler was found wandering alone in South Florida. 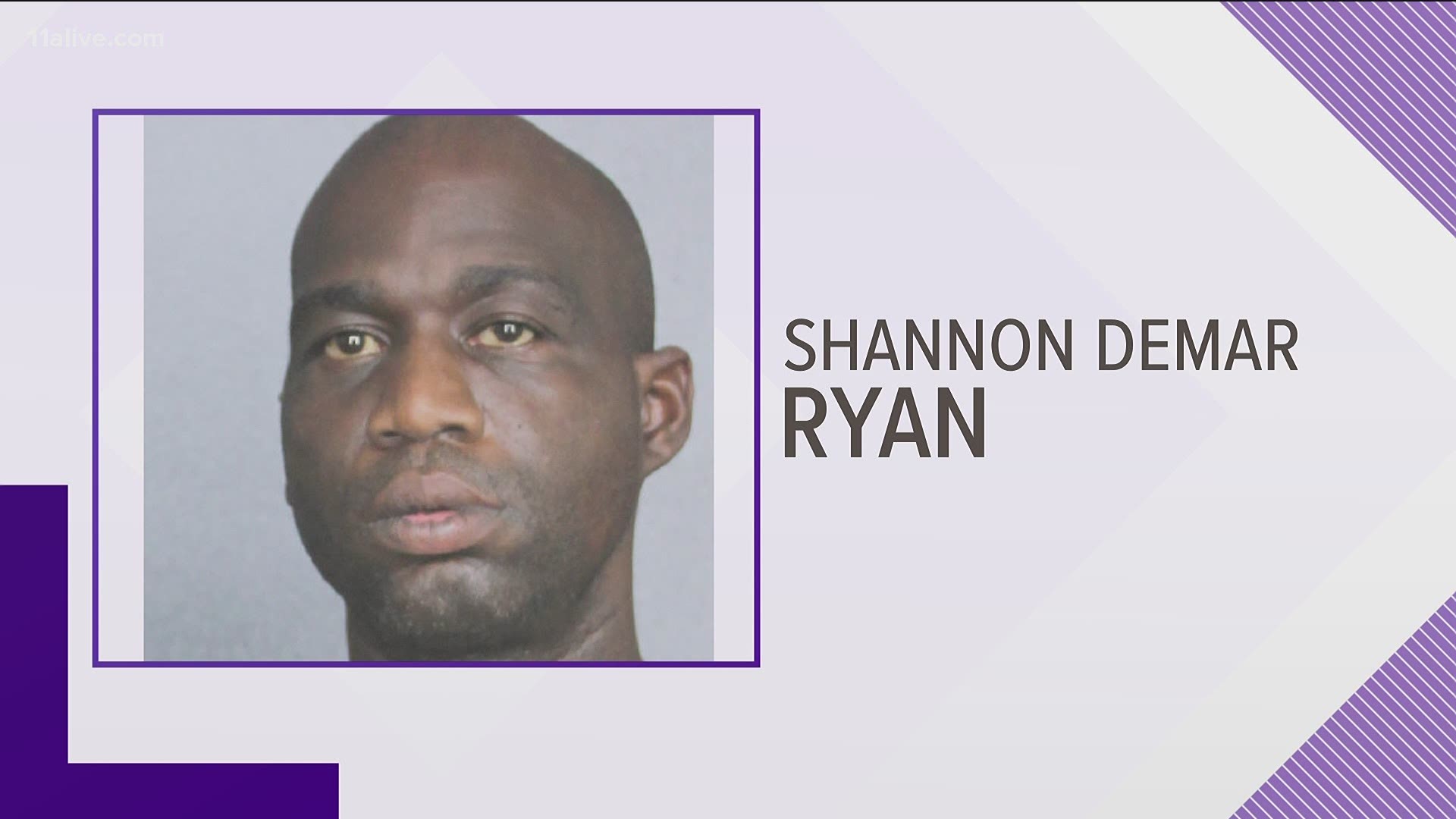 BROWARD COUNTY, Fla. — A 38-year-old man who may have been the last person to see the missing mother of a boy found wanding in south Florida last month, is now facing federal kidnapping charges in the case, according to a criminal complaint.

According to the complaint filed in Broward County, Florida on Monday, Shannon Demar Ryan is accused of kidnapping the young son of 21-year-old Leila Cavett.

Ryan was arrested on Saturday and charged with two counts of lying to a federal officer, according to records from the Broward County Jail.

According to police, Cavett is from Alabama but recently had been staying in the Atlanta and north Georgia areas.

According to the FBI, Cavett came to Florida on July 24. They said a photograph shows her at a Cracker Barrel restaurant in Vero Beach, Florida near I-95 on that day.

The following day, July 25, according to Miami station WTVJ, Cavett was seen in other areas of South Florida.

On July 26, the 2-year-old was found outside wandering alone wearing only a shirt and a diaper near Miramar, Florida.

According to the criminal complaint, a license plate reader showed Cavett's white GMC truck in a Walmart parking lot on July 27. The complaint said that a day later, after authorities set up surveillance of the truck, Ryan approached the truck with the keys in his hand.

He was interviewed by authorities after that point and, according to the complaint, told them that he had known Cavett since January 2019. He said that she was coming to Florida to sell him her truck.

Ryan told law enforcement that Cavett and her son met him at a RaceTrac station and the three of them left in his Lexus.

Much later, Ryan claimed -- at about 2:30 a.m. on July 26, according to the complaint -- the three of them returned to the gas station. He said Cavett and her son left in a dark sedan with several men, and that was the last time that he saw her.

Surveillance video from the gas station did not show Cavett leave the gas station in a dark sedan and surveillance video from the area where the 2-year-old was found showed a vehicle similar to a description of Ryan's Lexus at about 8:15 a.m., and again at about 8:38 a.m., which is consistent with the time the child was found, according to the complaint.

The complaint said that cell phone records show that Ryan's phone used a cell tower in the area where the child had been abandoned and that his car had been observed in the area.

On Aug. 9, Ryan allegedly posted a publicly accessible Facebook video that discussed his relationship with Cavett. In the video, he mentioned covering a window on her truck with a garbage bag because the window was broken and damaged. However, when law enforcement reviewed the surveillance video of Cavett's initial arrival, they said all the windows of her truck were intact.

According to the complaint, authorities found shovels with small droplets of a red substance from the truck. A search of Ryan's Lexus found a half-empty container of all-purpose cleaner with bleach, numerous black trash bags, and a white powdery substance under the front passenger seat.

The complaint also said that Google searches on Ryan's iPhone included "What day does commercial garbage pickup for Hollywood, Florida" and "Does bleach and alcohol make chloroform."

A friend of Ryan's told investigators that Ryan had tried to sell him a white GMC pickup truck on July 26 for $1,000, according to the complaint.

Law enforcement interviewed several employees of the RaceTrack station where Cavett had been seen, according to the complaint. One employee said they recognized a photo of Ryan and told authorities they had seen him using the station's dumpster.

Video surveillance recovered by law enforcement, according to the criminal complaint, showed Ryan's Lexus parked next to the RaceTrac dumpster on July 26.

According to the WTVJ report, in the Facebook video that Ryan posted on Aug. 9, Ryan said that he met Cavitt outside his home in Alabama. The meeting occurred when she showed up in the middle of the night, saying her car broke down and that she needed shelter.

Ryan, who, according to WTVJ, is a self-described witch and chakra master, allegedly let them stay with him for two months, teaching her witchcraft, before she moved out.

Ryan remained behind bars in Broward County, Florida, as of Monday afternoon.