The Seminole County Sheriff's Office said the man is facing an attempted murder charge after "almost killing our deputy." 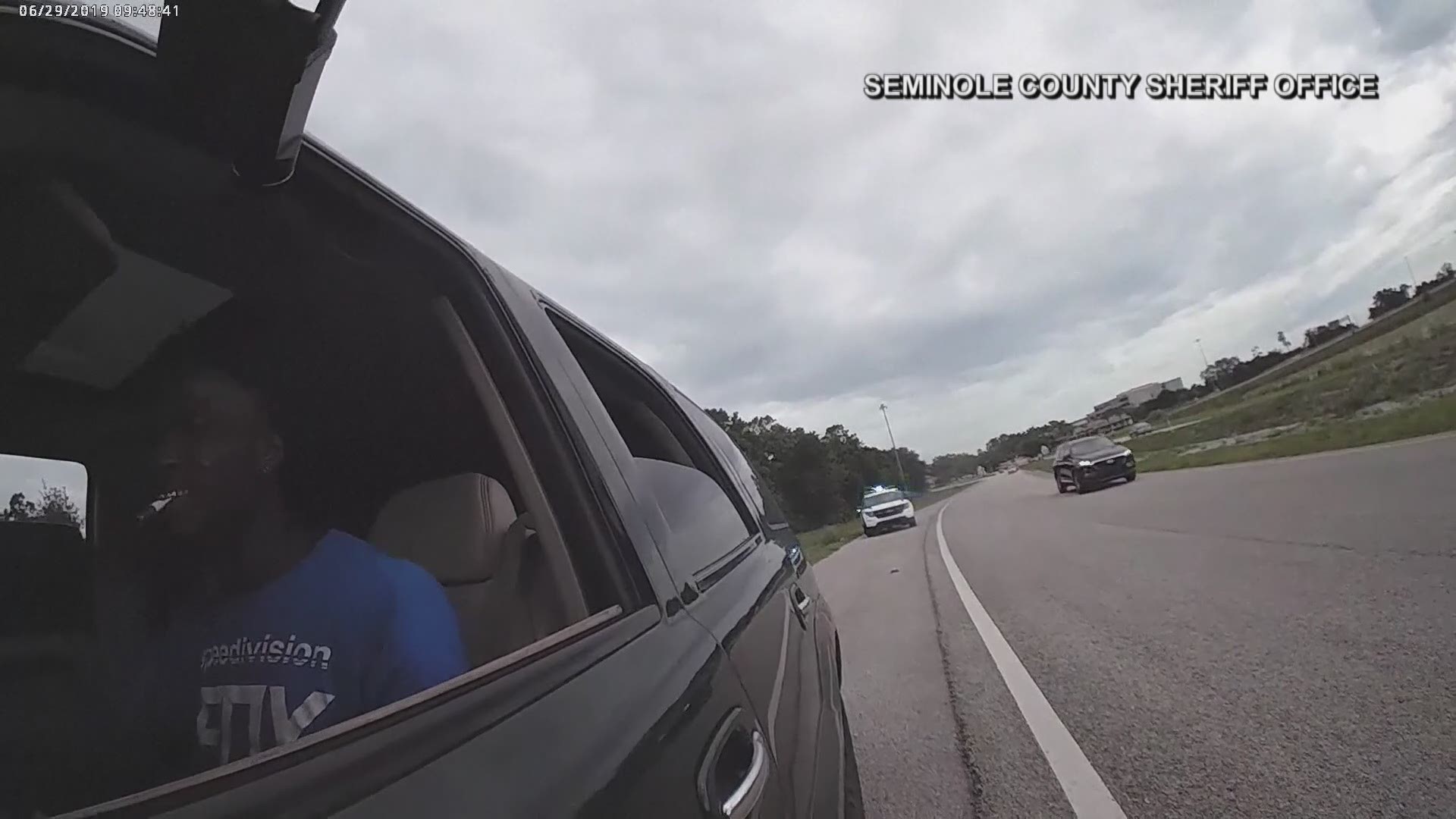 LAKE MARY, Fla. — A traffic stop that started with a conversation about tinted windows ended with a deputy being dragged around 100 yards near Interstate 4.

The Seminole County Sheriff's Office said Saturday that one of its deputies pulled over a man and put a meter on the vehicle's window to show tinted window requirements. Sheriff Dennis Lemma said during a news conference that it was a "routine conversation" and "everything seemed to be going just fine."

The man was later identified as Rocky Rudolph Jr., 38, of Apopka.

The sheriff said Rudolph became more aggressive, combative and refused to turn off his vehicle. Eventually, the deputy said Rudolph was yelling and put the vehicle in drive, pulling the deputy about 20 feet down the road.

When the deputy pulled out his gun and ordered Rudolph to raise his hands, the sheriff said Rudolph reached forward as if to grab the deputy's hand holding the gun.

The sheriff said Rudolph held the deputy to the vehicle and dragged him about 100 yards down the road toward I-4. The deputy eventually falls off and rolls into a median.

Lemma said Rudolph then drove away from the traffic stop before being caught about eight hours later.

Rudolph is being charged with attempted murder, aggravated assault and other charges as the investigation continues.

WKMG in Orlando said the deputy was released from the hospital and is expected to be okay.