The suspects were able to get away with the car, however, officers later recovered it abandoned on Collier Road. 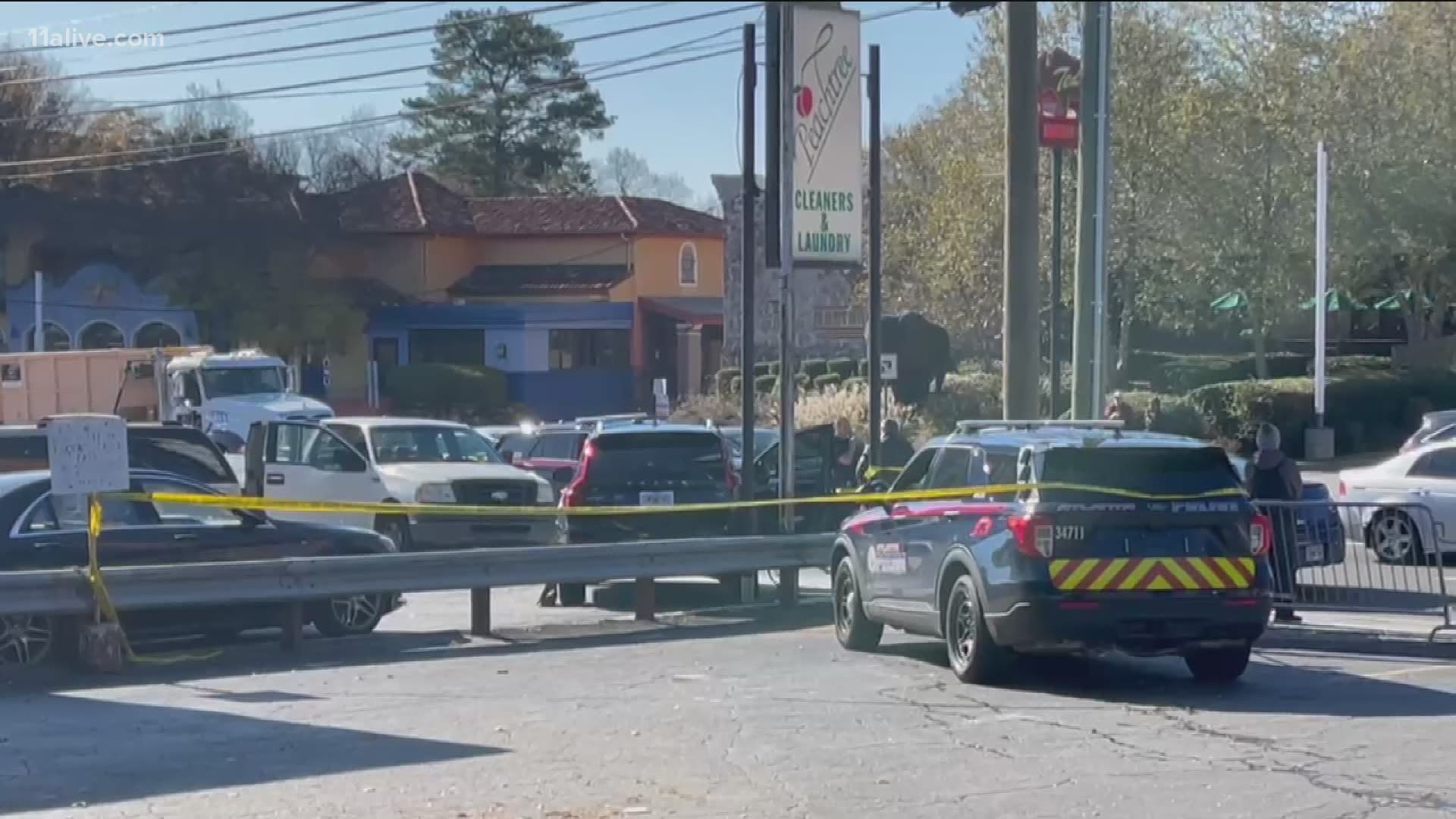 ATLANTA — Two people were shot trying to help during an attempted carjacking on Tuesday in Buckhead, Atlanta Police said.

Officers were called to a dry cleaner at 1891 Peachtree Road NE at around 12:10 p.m. They said a man ran into the cleaners and left his Volvo running in the parking lot.

When he returned to his vehicle, he noticed a male suspect sitting in the driver seat of his car, police said. The suspect attempted to drive off and that is when the victim opened the driver-side door of his Volvo and began to tussle with the suspect.

Two Good Samaritans tried to block the suspect from leaving the parking lot.

While doing so, a second suspect pulled up in a silver Volkswagen Jetta and shot at the victims, striking the two men in the shoulders, police said.

The victims were alert, conscious and breathing, police said, and were transported to the hospital.

The area of the incident is highly congested with a nearby Starbucks, restaurants and Piedmont Hospital.

Police said they are continuing to investigate. Return to 11Alive.com for updates.