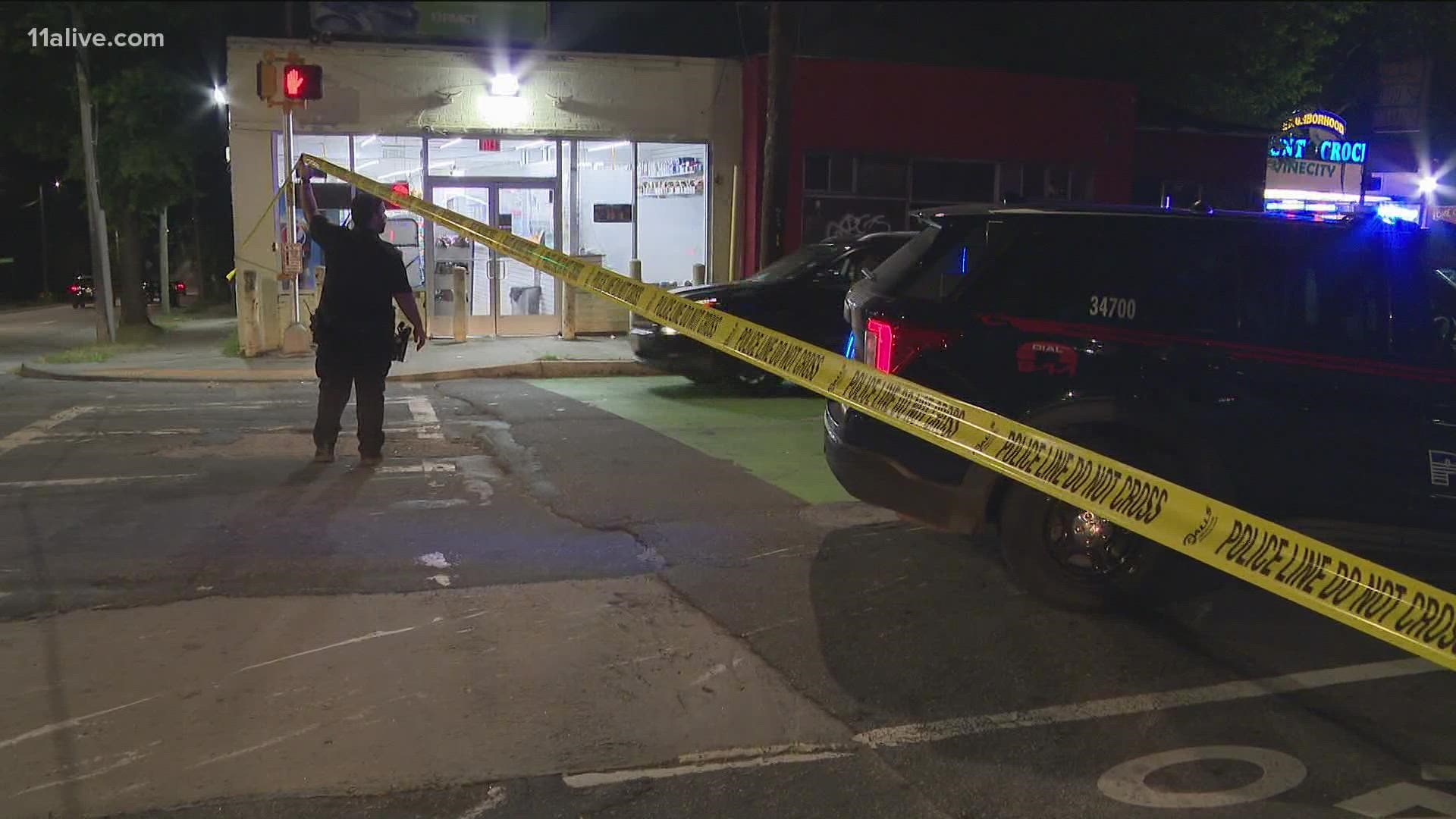 ATLANTA — At least five people were hurt in an early-morning shooting near a nightclub Monday in Atlanta, according to an Atlanta Police officer.

It happened near the intersection of Olive Street and Proctor Street, not far from The Marquette Lounge on Joseph E. Boone Boulevard.

Officers responded to a call regarding "multiple people shot" around 6 a.m.

They found five people suffering from gunshot wounds upon arrival. Police said some of the victims were taken to a local hospital by ambulance, while others were taken in a private vehicle. An officer told 11Alive that the injuries appear to be non-life-threatening.

"There were people shooting back and then somebody got in a fight, and they maced somebody and we all had to run. It was very scary," said Joseph Downer, who was in town from Athens and outside the Marquette Lounge when the shooting happened.

Preliminary investigation revealed that the shooting may have stemmed from a fight that happened at the Marquette Lounge. Authorities said patrons ran across the street to Proctor Street to call 911 after gunfire ensued. Police said the suspect fled the scene before officers arrived, and is still at large.

According to the club's website, there were multiple events taking place over the Labor Day weekend, including one featuring rapper Lil Kim that was advertised to end at 6 a.m.

Witnesses said the shooting happened at a Black gay pride event held at the club and it was a very chaotic scene when gunfire erupted.

#CONTINUING— A witness told me someone fired several gunshots into the air following a dispute. We saw several ambulances on scene @11AliveNews pic.twitter.com/xWcXQ1o3w9

Atlanta City Councilman Michael Bond said this is yet another example of violence outside of a club and things need to change. So, he is proposing a new law at the Atlanta City Council meeting Tuesday that would require liquor license holders who own the adjacent parking lot to extend their security beyond their establishment's walls.

Other measures Bond said could help include encouraging patrons to quickly leave the area once they leave the club and for rideshare customers to schedule their ride to arrive before the club closes.

"Perhaps they begin towing cars after the business is closed, then the lot becomes private and people are no longer allowed to park there," he added.

However, Bond said it ultimately all comes down to security and he hopes a new law in addition to these measures could make it safer for club-goers to come back.

He said the first reading will be Tuesday night at the council meeting and if it's ultimately approved, the new law could go into effect by October.

The Marquette Restaurant & Lounge released a statement Monday evening about the shooting that took place near their establishment:

"The Marquette Lounge management team is committed to the safety of our guests and are deeply saddened by the events that occurred outside the facility and across the street from our parking lot on Sunday evening as our establishment closed.

Our premises were fully secured at the time and to our knowledge, no major occurrence happened that would warrant the shooting that took place across the street. We are limited in the level of control we have in situations that do not occur on our property. We have reached out to the Atlanta Police Department and are fully cooperating with the ongoing investigation. People are known to congregate in the park because it is close to our establishment but the location where the incident happened is a separate entity. Because this is an active investigation, we cannot comment further at this time."