Witness videos suggest the person described as a victim in the shooting may have also had a rifle out moments before his vehicle was shot. 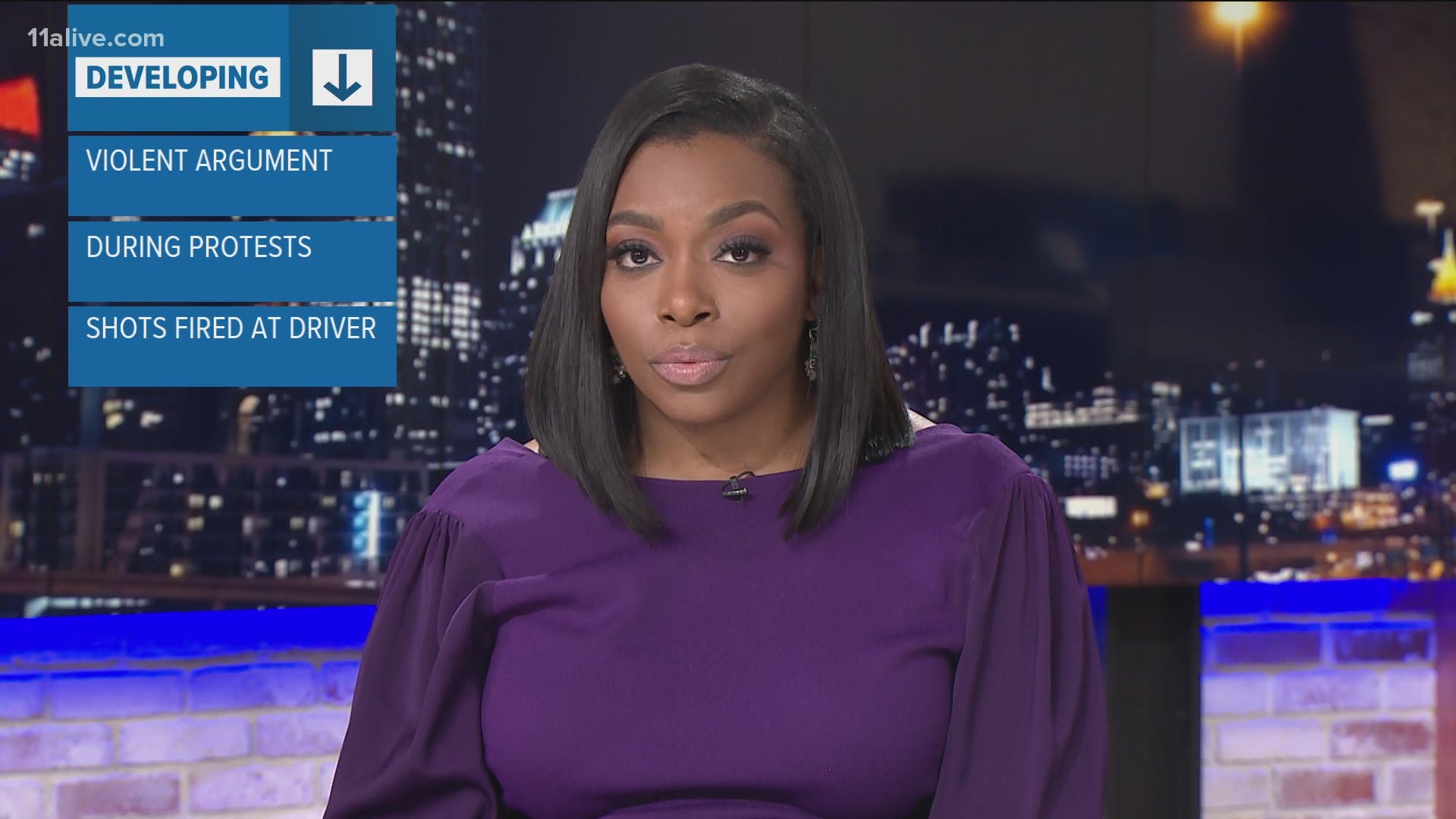 ATLANTA — Police say a confrontation between protesters and a driver in Atlanta's Old Fourth Ward neighborhood ended in gunfire early Friday evening. However, video on social media shows there may be more to the story.

According to a report from Atlanta Police Officer Steve Avery released on Saturday afternoon, officers were initially summoned to the 900 block of Monroe Drive at about 7:50 p.m. on Friday in response to reports of a person shot.

Avery said that when they arrived, officers spoke with the victim, 31-year-old Fawaz Alexander, who told them he had been driving near the intersection of Ponce de Leon Avenue and Boulevard and found the roadway blocked by protesters.

Avery said that officers at the scene were directed to a protester who appeared to be carrying a weapon in the crowd during the shooting incident.

Officers cited the protester, identified as 59-year-old John Hammond, with disorderly conduct and released him on a citation, Avery said. However, he said that investigators did not believe Hammond was responsible for the shooting.

Some witnesses on social media have posted videos and pictures that appear to provide information that may not appear the same way as it is mentioned in the police report.

A video shared on Twitter at the same intersection shows a man in khaki pants and a black shirt with what appears to be a rifle. The man appears to be placing it in his front passenger seat when the video begins. He then walks back to the driver's side of his car and appears to be attempting to leave.

The witness, in this case, claims the driver stopped at the protest, grabbed his rifle from his trunk, and moved it to the front passenger seat. He then got back in his car and "slammed gas over protesters" the witness said.

The witness said shots were fired as that driver sped off - though this moment is not included in the video.

Another witness video, however, corroborates the claim. A man appears to be in front of the driver's car as another protester yells for them to "let him through."

The video picks up the sound of squealing tires as the car bumps the person in front of it and speeds away. Immediately, someone is heard firing about eight shots. Yet another video shows the same scene from another angle as the gunfire starts. That video shows the crowd in the intersection just as the gunfire begins. A woman on the video is heard telling her passengers to "get down" as the gunfire erupts.

According to Avery, officers said Alexander indicated that he felt threatened by protesters, some of whom were armed. As a result, they said, Alexander told them he retrieved a rifle from his trunk.

Avery said Alexander told police he was surrounded by people blocking his path and that while he was stopped, he said he heard gunshots being fired. Alexander told officers he drove past the protesters.

No injuries were reported, according to Avery, but Alexander's vehicle did have at least one bullet hole.

He said that investigators are reviewing the multiple accounts of the incident to determine if any additional suspects can be identified.

Witness: Woman shot during protests at Wendy's where Rayshard Brooks was killed