Atlanta Police provided an update on the shooting in an area they said had a history of being a 'drug market' they've worked for years to dismantle. 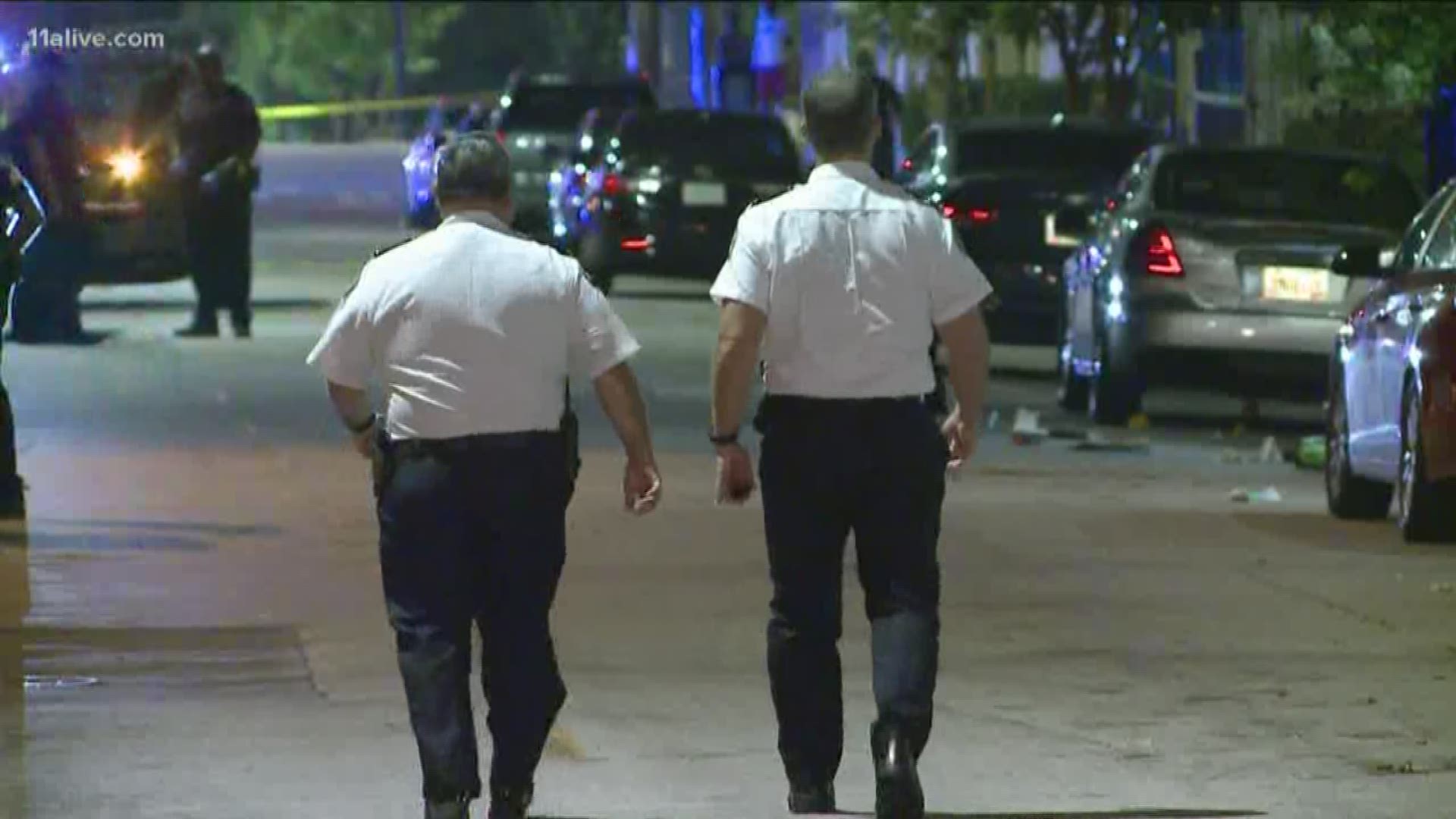 ATLANTA — Seven people were injured in an early morning shooting in Atlanta's Old Fourth Ward on Thursday, police said, and two of them are in serious condition.

Police said five men and one woman appeared to be targeted in the shooting. Authorities later learned of a seventh victim that transported themselves to the hospital.

They said several dozen shots were fired from two cars on a group standing outside.

Police now believe the shooting was gang-related and said that each person shot in this case has some form of criminal history. The group was standing outside at the 600 block of Parkway Drive, about a block over from Boulevard NE.

"Several of them are known, documented gang members," Major Michael O'Connor said. "They were out there in the very early morning hours."

He added that he believes they were targeted by another group and wasn't random.

At the scene, Atlanta Police Deputy Chief Jeffrey Glazier said this was not what they were used to in the area.

"You know, I think we've had our challenges in this area over the years, but we haven't seen anything like this in a long time," he said.

However, O'Connor described the problems they have handled there as longstanding.

"The neighborhood itself, you know, it's somewhat challenged - this particular series of apartment complexes that stretches for a while," he said. "That's been the case since I've joined the police department. The entire time I've been here it's been something of a drug market over there."

And he said the resilience of the crime there has been part of what has made it so difficult to fight.

"As we pick one person off, somebody else fills that spot," he said. "So we continue to work on it diligently. It's an ongoing effort; it has been for decades now."

Police are looking for multiple suspects and searching for one silver car and one other dark-colored car.

Police said they now have several significant leads in the case including several vehicles. However, O'Connor said the department isn't prepared to release further information on those leads other than the fact that they've identified the owners of some of the vehicles.

"We're speaking to owners or people who may have rented those vehicles, so until I have a chance to speak to the investigators to see where we stand with that and then I'll give you that information," Oconnor said. "But we're not looking, like actively looking for cars for because we know who had those cars."

At this time, there haven't been any arrests.

Police believe all the victims are in their early to mid-30s. Two were in surgery and originally in critical condition. Police later updated that to serious. Based on a more recent update, a police spokesperson said that all victims are expected to survive.

In the meantime, O'Connor said the department intends to take several actions to help bring crime issues under control in the area.

"We will have an enhanced patrol out there," he said. "There will be more additional officers that will be seen in the area."