'He was a hero': Shooting victim's family says father died protecting his son 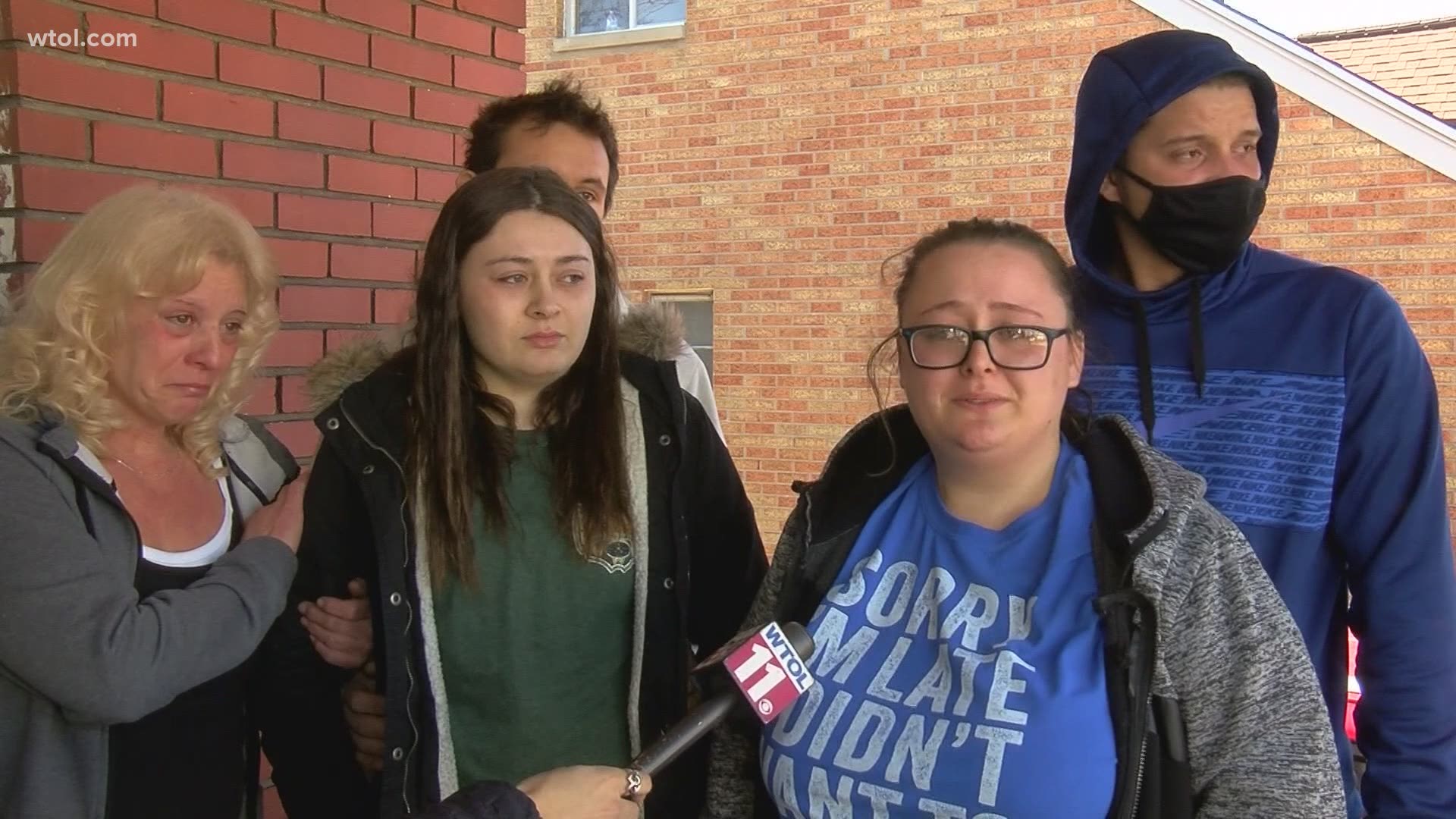 TOLEDO, Ohio — The Toledo Police Department is looking for two shooting suspects who shot and killed a father of nine and critically injured another man Monday night.

Toledo police say the two men shot and killed Brad Keel, 45, just outside his home in the 1500 block of Nevada Street around six p.m. in east Toledo.

According to an autopsy report from the Lucas County Coroner's Office, Keel died of two gunshot wounds to the chest.

Keel's family is hoping Lampros II and Garcia will be found and locked up.

"He was a jokester. He'll make anybody smile. A party wasn't a party until Brad came," said Jesicca Keel, Brad Keel's oldest daughter.

"He was a wonderful father and he couldn't wait to be a granddad," said Keel's girlfriend of one year, Julie Luda.

Jesicca said people in masks and hoodies showed up in a car Monday night and banged on the home across the street where her younger brother, Brandon, 18, lives.

Her father went outside to confront the suspects and police say he fought with Lampros until Garcia shot him.

"I'm running and I see somebody laying right there and I'm just like who is it, who is it?  And I saw that it was my dad and they're just pumping him and he just looked so...gone," Jesicca said.

She says her father distracted the suspects so her brother wouldn't get shot, although one of Brandon's friends also got hit. Keel died at the hospital and the friend is still fighting for his life.

Keel's children say the fight started because of "beef" over a girl.

"Anybody can say they'll jump in front of a bullet for their kid but he didn't hesitate one bit. He still kept going forward until he took his last breath," Jesicca said.

According to Toledo Municipal Court records, Lampros II was arrested for disorderly conduct in 2017. The complaint alleges a woman claimed Lampros II punched a 13-year-old in the face and smashed a gaming controller.

Garcia has been charged with various traffic-related violations stemming back to 2016, including operating a motor vehicle without a valid license and speeding.

Credit: Toledo Police
A warrant has been issued for Brandon Lee Lampros II in Monday's murder.

Credit: Toledo Police
A warrant has been issued for Mathew Garcia in connection with Monday's murder.