The doctor said evidence shows Laila suffered “a traumatic event” about an hour before she died. 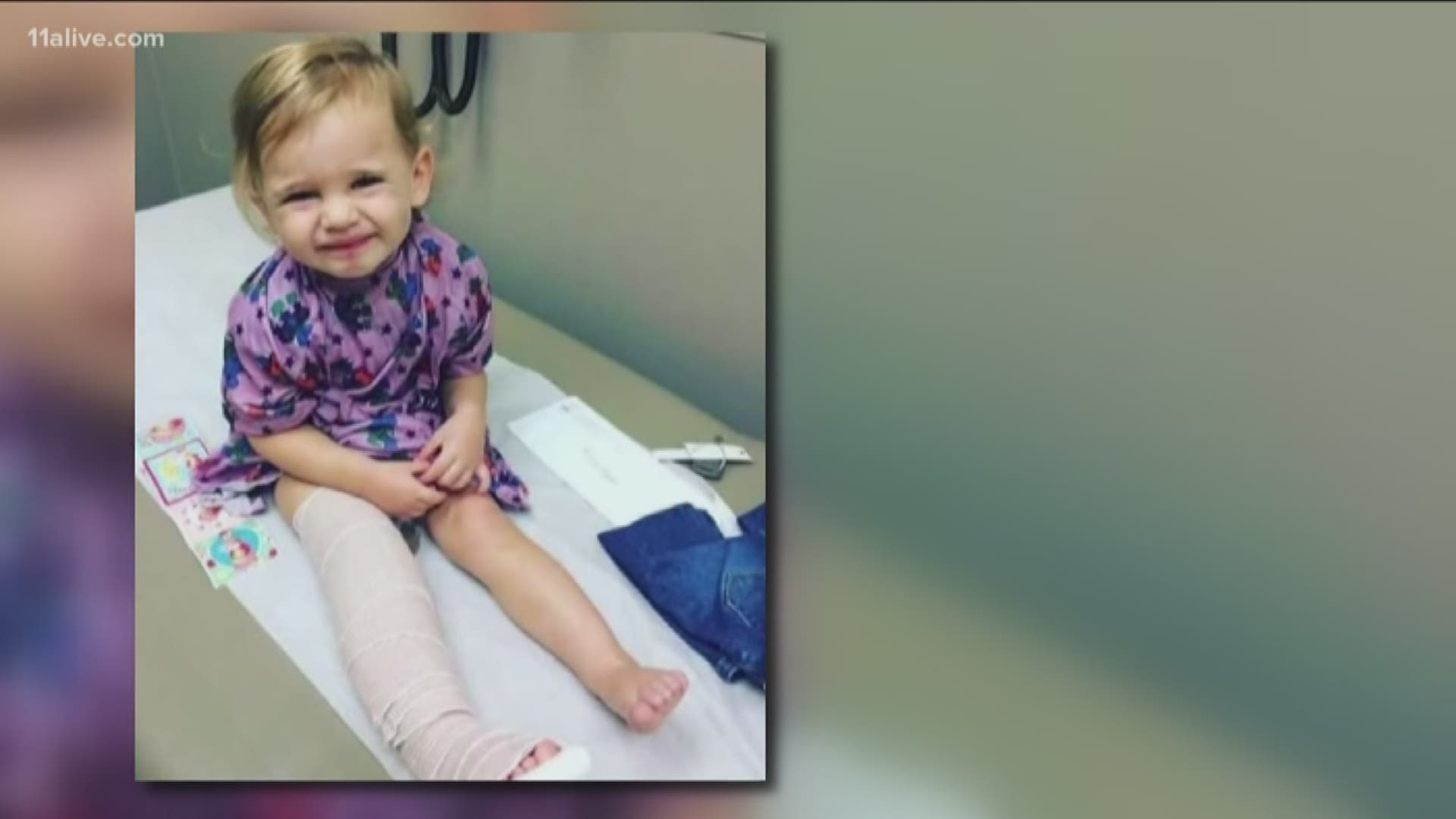 “There was a liver laceration," she said on the stand Monday. "A laceration to the pancreas. The laceration of the pancreas actually separated it into two pieces. There was internal bleeding.”

It was the internal injuries that ultimately led to Laila's death, Dr. Darrisaw testified Monday, the ninth day of the murder trial against her foster parents.

Jennifer and Joseph Rosenbaum were foster parents to Laila and her older sister, Millie, for several months in 2015. Jennifer said she was home alone with the girls when Laila choked on a piece of chicken on Nov. 17, 2015 and died.

Prosecutors say Laila died from abuse at the hands of the Rosenbaums.

Dr. Darrisaw said the description of Laila’s death indicates a terminal (deadly) seizure. She mentioned Jennifer Rosenbaum saying Laila was shaking and, at one point, the toddler’s eyes rolled into the back of her head.

“The whole scenario is a description of a child going into shock as opposed to a child who has a foreign object such as food,” Dr. Darrisaw told the court. “The description is not consistent with that at all.”

Darrisaw went on to explain that seizures are “quite frequent” with trauma that leads to blood loss, which Laila suffered.

“When you have blood loss your body is going into shock,” said Dr. Darrisaw.

She went on to explain blood loss can cause the seizure because your body is dying. She speculated, in her medical expertise, Laila suffered some sort of traumatic event “about an hour before she started to exhibit these symptoms.”

Dr. Darrisaw told the court she found no food or food particles in Laila’s esophagus that would have indicated choking. She says there would have been food debris if the child was choking.

On Monday afternoon, Dr. Darrisaw told the court there was evidence Laila Daniel had an old injury to her live, perhaps one to three weeks old, that went untreated.

The doctor said these types of injuries are very painful. In the end, Dr. Darrisaw said it was Laila’s blunt impact injuries that caused her death.

Corinne Mull, Rosenbaum's lawyer: You do not know who caused the death of this child?

Dr. Darrisaw, performed autopsy on Laila Daniel: That is correct. I do not know that.

Dr. Darrisaw said the internal injuries were not the only ones she found when performing Laila’s autopsy.

“Laila had numerous bruises on many parts of her body ranging from her head to her legs,” Dr. Darrisaw told the court. “The most prominent bruises were on her back and that involved the entirety of the back.”

She said she found 22 injuries in the head and neck area alone.

During opening statements, the Rosenbaums' lawyer said the injuries on Laila were the result of Jennifer Rosenbaum trying to give Laila the Heimlich Maneuver and CPR when she began choking.

The court heard a recording of the call Jennifer placed to 911 dispatchers. In it, it sounded as if she was performing life-saving maneuvers on Laila.

Prosecutors rested their case Monday. Then defense is expected to present its case, Tuesday.

MORE FROM THE CASE