FBI arrests founder of Atlanta activist group, charges him with fraudulent use of donations

Sir Maejor Page has been charged with one count of wire fraud and two counts of money laundering. 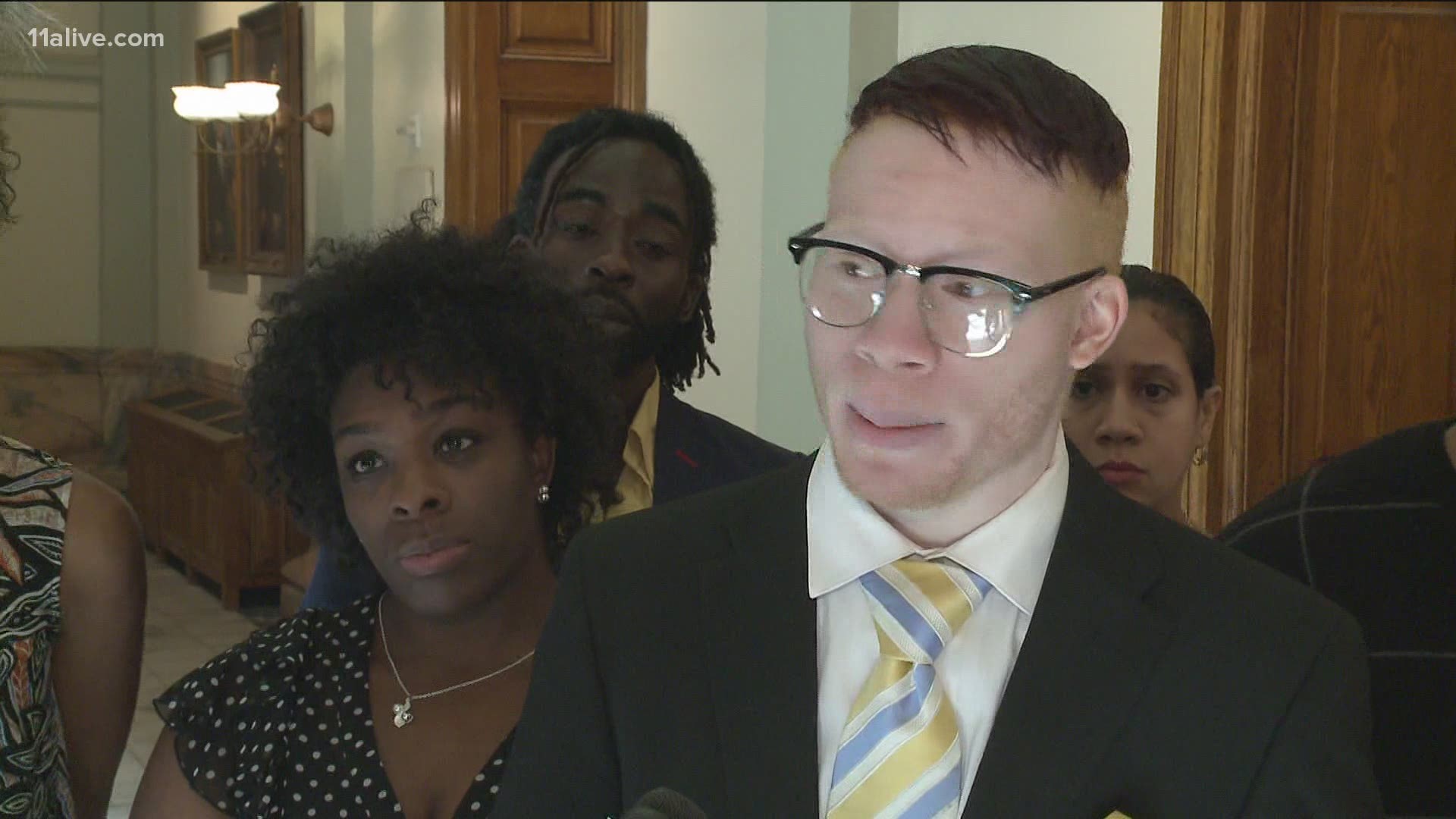 ATLANTA — A once-prominent face in the racial justice movement in Atlanta now faces federal charges in Ohio after allegations that he used a non-profit account to raise money that he later used for personal purchases.

A criminal complaint filed in the US Northern District of Ohio shows that Tyree Conyers-Page, who goes by the name of Sir Maejor Page, has been charged with one count of wire fraud and two counts of money laundering.

More than a year later in June 2020, that same witness went back to the FBI showing that the BLMGA organization Conyers-Page founded - a splinter group that was never recognized as a representative of the official Atlanta Black Lives Matter organization - was receiving donations from it's official Facebook page. The page, which was registered with the social media company as a non-profit, was cleared to receive donations because of that, even though Conyers-Page's organization had lost its tax-exempt status in 2019.

According to the complaint, the Facebook page was linked to a bank account named "Black Lives Matter of Greater Atlanta, Inc." that was opened in April 2018, and Page was the only signatory on the account. From April 2018 until May 2020, the complaint said the BLMGA bank account’s balance "ebbed and flowed," however, it never had a balance that exceeded $5,000. The beginning balance of the account as of May 2020 was negative $12.42.

During those same months that the donations were received, the complaint said a debit card linked to the BLMGA bank account repeatedly used the account to make purchases related to food, dining, entertainment, clothing, furniture and a home security system - all while Conyers-Page allegedly flaunted new purchases in posts and live streams on his own personal accounts.

But, according to the complaint, the greatest sum of the donation money - more than $112,000 - went to the purchase of a home in Toledo, Ohio and another lot next to it.

In all, the complaint said that Conyers-Page spent over $200,000 on "personal items generated from donations received through BLMGA Facebook page with no identifiable purchase or expenditure for social or racial justice."

"PAGE is unemployed and has no other known sources of income other than from BLMGA bank account," the complaint noted.

At one time, Conyers-Page was a prominent name in racial activism in the Atlanta area. In July 2016, he participated in the closed door meeting between Mayor Kasim Reed and local protestors, and even spoke to the media alongside Reed and then-Atlanta Police Chief George Turner.

After that event that many local activists walked out on, national Black Lives Matter network co-founder Alicia Garza told WABE that he and Black Lives Matter of Greater Atlanta was not affiliated with the national organization and did not speak for them.

Conerys-Page has a criminal record. Court and arrest records from 2014 and 2015 detail charges of impersonating an officer.

On Friday, the FBI and Toledo Police Department raided the Glenwood home to arrest him. He is expected to have a court appearance the same day. However, Goolsby told WTOL he believes whatever the FBI has "won't stick."