The leader allegedly threatened others in the group and witnesses that he would kill them with a machete if they spoke to police. 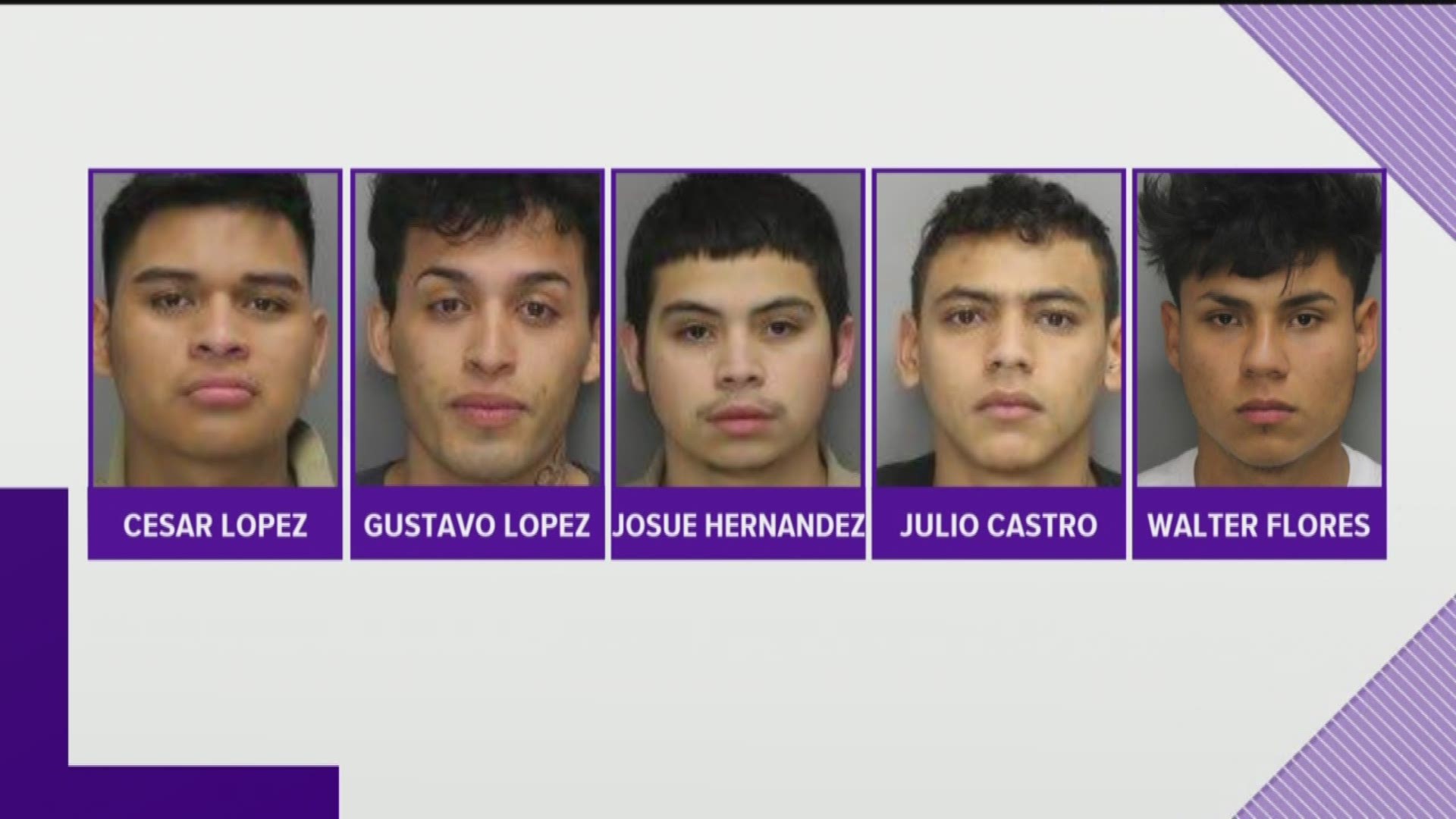 COBB COUNTY, Ga. — A group of alleged MS-13 associates will go to prison after admitting their role in a 2017 Cobb County shooting that left three people injured.

The acting district attorney of Cobb County, John Melvin, announced their guilty pleas on Wednesday. A release said they have all been submitted before a judge since January.

Authorities are still searching for a seventh person, 19-year-old Alex Bautista, who was never found after the incident.

The six were among a group that got into a verbal argument on June 23, 2017 at the Marietta Event Hall which then escalated at a Smyrna shopping center at 2112 South Cobb Dr.

According to the district attorney’s office, “several people began shouting that they were members of MS-13 and one then pulled out a MAC-10 semiautomatic pistol and began shooting.”

The three people injured, who were not gang members, all survived.

The group of MS-13 associates were given varying charges, including Violations of the Street Gang Terrorism and Prevention Act. They received prison sentences ranging from 7-25 years.

1 / 6
Cobb County District Attorney's Office
Julio Cesar Castro, 21, of Marietta, pleaded guilty to gang crimes, aggravated assault and threatening a witness. The investigation found that Castro was a leader of the gang and threatened fellow members and witnesses that he would kill them with a machete if anyone talked to authorities. Castro was sentenced to 20 years with 15 years to serve in custody.

Julio Cesar Castro, 21, was described as the leader and sentenced to 20 years, 15 of them to be served in custody, for threatening others in the group and witnesses that he would kill them with a machete if they spoke to police.

Gustavo Adolfo Lopez Mendez, 22, was sentenced to the most time, 25 years with 20 to serve in custody.

Walter Alexander Flores, 19, and Josue Hernandez-Perez, 18, were sentenced to 20 and 15 years, respectively. Hernandez-Perez will only serve two in custody, while Flores will serve 15 in custody.

Cesar Lopez, 19, was sentenced to seven years, with one to serve in custody, and the sixth unnamed individual was sentenced under the First Offender Act, which allows him to plead guilty and complete a sentence without a conviction going on his record.

Police are still searching for Bautista and say he last lived in the area of Smyrna Powder Springs Road in Smyrna. They ask anyone with information on him to call 911.