Sole survivor in family's massacre happy to be home

The little girl who not only witnessed her entire family stabbed to death, was also a victim in her mother’s alleged rampage. But today, she’s out of the hospital and back to living it up on her summer break. 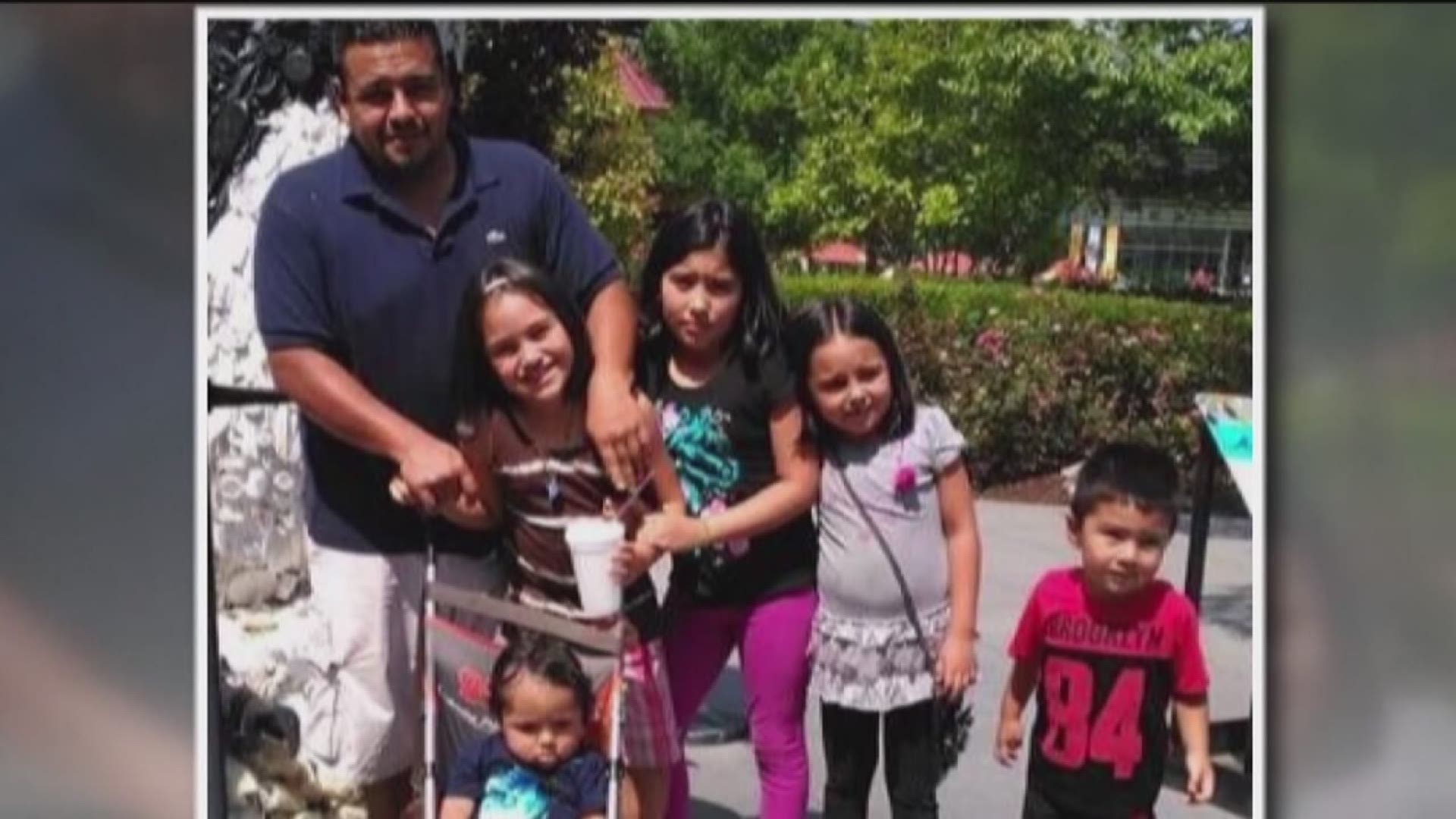 LOGANVILLE, Ga. – The little girl, who not only witnessed her family stabbed to death and was a victim in her mother’s alleged rampage as well, is out of the hospital and enjoying what’s left of her summer break.

Nine-year-old Diana Romero, answered the door with her aunt when 11Alive’s Faith Abubey knocked Monday morning. She was happy to be home, and happy to talk.

Living with relatives now, Romero said she is feeling a lot better since being released from the hospital, following two weeks recovering in the ICU.

Romero, who wants to be a photographer when she grows up and loves baking cookies, was playing with her four cousins, laughing, smiling and showing off her colorful beaded bracelets she wears with pride. They’re all from nurses, kids, police officers and the many people who visited her in the hospital.

But the biggest reminder of her hospital stay, and what happened to her on July 6, are the scars she showed on her chest.

At about 5 a.m., Gwinnett County Police responded to a 911 call from whom they believe was 33-year-old Isabel Martinez. It was a bloody scene that first responders won’t soon forget.

“This is a horrendous crime. We don't have a motivation. But when our officers got here, they placed a female into custody,” Cpl. Michele Pihera, Gwinnett County Police spokesperson, said from the scene that morning.

Police found the knife used to kill Martinez’s husband, Martin Romero, 33, as well as their children, Isabela Martinez, 10, Dacota Monserrat Romero, 7, Dillan Martin Romero, 4, and Axel Oliver Romero, who would have turned 2 in August, inside their home at 509 Emory Lane.

They also found Diana brutally stabbed, but alive. She was rushed to Children's Hospital of Atlanta.

“What prompts a person to take the life of such innocent children and her spouse is something we may never understand. This is a horrendous crime not only for the victims but for the extended family, neighborhood and community,” Pihera said.

While the family had a history with the Georgia Division of Family and Children Services (DFCS), there were no signs, according to their caseworkers, predicting a horrendous ending to their story.

Inside the 96-page report from DFCS, there was a note in the file about a complaint made two years ago for the father physically disciplining the children. But, in 2015, the family refused state services and the case worker ruled the children were not in danger.

The only person who seemed to know something was wrong was the stay-at-home mother herself.

In the DFCS report, Diana described, as best she could recall, the terrifying events of that morning.

RELATED | DFCS investigated family who was allegedly massacred by mother

In an interview with investigators conducted on July 10, Diana, who acknowledged that she was feeling better, became emotional when talking about what happened four days earlier inside her home, saying that her mother’s attack came out of nowhere.

She saw her mother grab a knife from the kitchen.

Her father was sleeping.

Her siblings were also sound asleep.

That’s when the stabbing began, including cutting herself, Diana remembered about that morning and what she saw her mother do.

Diana cried, pleading with her mother that she didn't want to go see Jesus. Isabel told her, without screaming or crying, to forgive her and that she loved her.

Isabel cut Diana, Axel and Isabella—then took Diana to her father’s room to wake him and show him what she’d done to their children. Martin went into the living room and tried to get help, but as he made his way to the door, Isabel began cutting him as well.

Diana, who couldn't move or walk because of her injuries, said she saw her mother then stab Martin Jr., and carried him into the living room where Diana was.

In her own interview, Isabel smiled, took a deep breath, and told investigators a family friend was responsible for the crimes and that she was innocent—insisting that “the truth will come to light.”

Furthermore, she said that she could not accept guilt because if she was guilty she wouldn’t be as calm as she has been. She did acknowledge, however, that she does know that her family is dead.

She told them that she had felt a demonic spirit inside of her, recalling a day-trip to a Savannah, Ga., beach, when she asked her husband to bring her home because she was afraid the waves would steal her children, and she wanted to protect them.

Her children had no idea anything was wrong, Diana said during the DFCS interview. In fact, she told investigators that her parents didn't fight during their trip and her mom seemed fine to her.

1 / 15
Police said Isabel Martinez called 911 after stabbing four of her children and their father to death Thursday morning. Police discovered the bodies of her husband and four children inside the Loganville, Ga., house. (Jessica Noll / WXIA)

Her aunt and uncle told 11Alive on Monday, that Diana doesn’t remember or understand the gravity of what has happened and they are taking her to therapy as soon as possible.

Two GoFundMe pages have been created for Diana and the family’s expenses, including one by Maria Salazar and another by Hallie Romero.

Isabel is currently being held at the Ginnett County Jail, charged with six counts of aggravated assault with a deadly weapon, five counts of felony murder and five counts of malice murder.

Her court-appointed counsel, Rob Greenwald initially filed a motion for a psych evaluation for Isabel, but has since redacted that motion. She waived her first appearance hearing last week.

It could be months before she’s back in court, according to Greenwald, who said he still needs to meet with the district attorney about the case.