South Fulton police are asking for help from the public in identifying the person pictured and described. 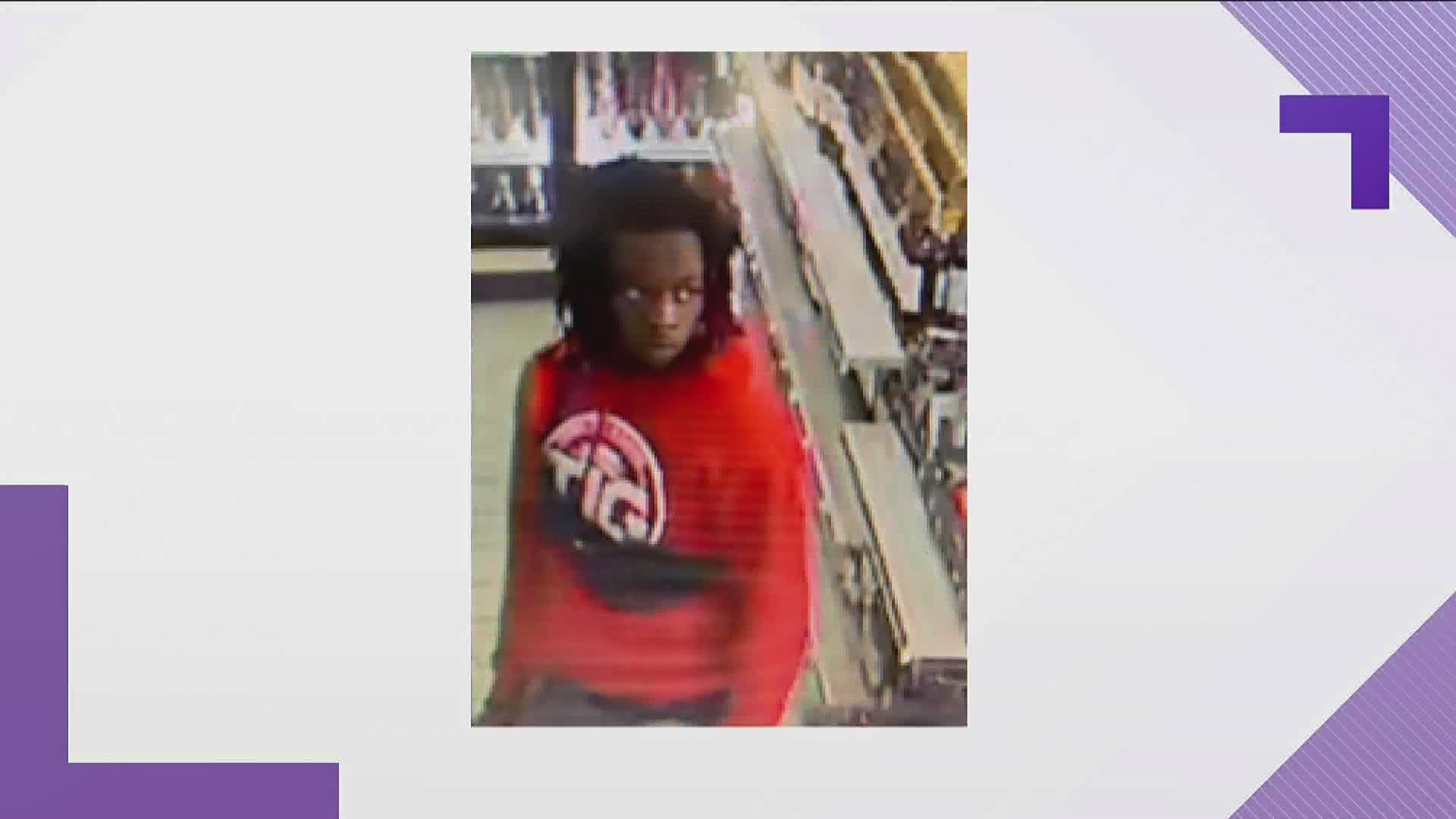 SOUTH FULTON, Ga. — Police in South Fulton said they are looking for help from the public in finding a person of interest in connection with an August homicide of a 17-year-old.

According to a release from police Lt. Jubal Rogers, Ke'Sean Palmer was found suffering from a gunshot wound near building 800 at the Orchard Springs Apartments in the 5500 block of Oakley Industrial Boulevard on Sunday, August 16, 2020.

Palmer was taken to an area hospital, where he died as a result of his injuries, Rogers said.

Homicide detectives are continuing to follow up on leads as investigate the case, Rogers said.

He said they have identified a person of interest in the case, described as a black male with dreadlocks, pictured in a surveillance image wearing a red hoodie and a black fanny pack.

Anyone who is able to identify the person described and pictured, or who has knowledge of the incident is asked to contact Detective N. Moss at 470-240-1279.

Anonymous tipsters may contact Crime Stoppers Atlanta at 404-577-TIPS (8477). Tipsters do not have to give their name or any identifying information to be eligible for a reward of up to $2,000 for information leading to the arrest and indictment of the suspect in the case.