The news comes as a neighboring county announced uncovering 450 pounds of the drug, in liquid form, just days earlier. 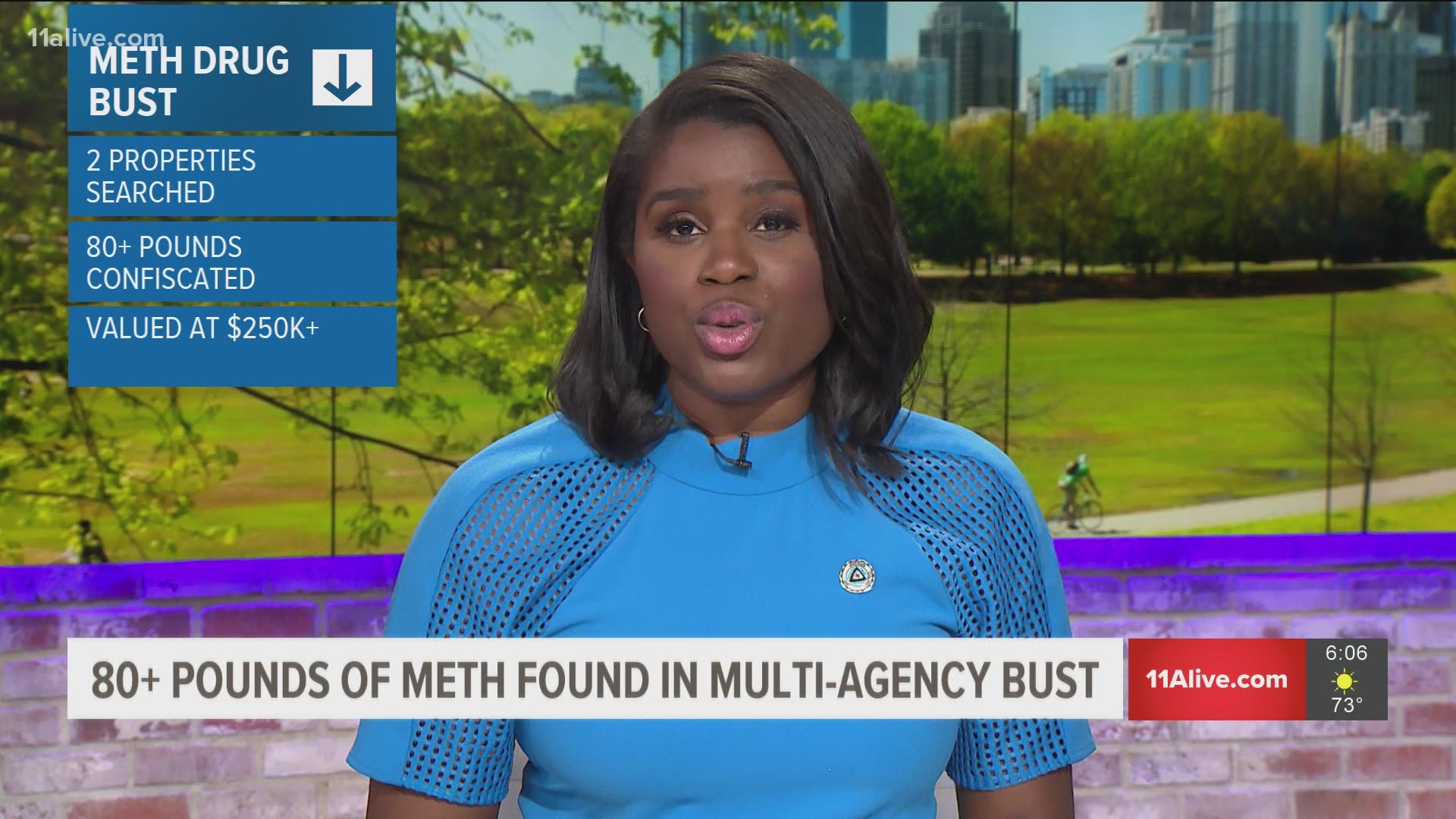 SOUTH FULTON, Ga. — Several pounds of methamphetamine worth over a quarter of a million dollars have been confiscated following an investigation involving multiple agencies.

The discoveries began when South Fulton officers executed a federal warrant on Tuesday at a home in the 5300 block of Stonewall Tell Road on Tuesday morning. Police said they found four pounds of meth.

But, while executing a second federal warrant in the 5900 block of Westbrook Road in Union City, Union City officers found much more - roughly 77 pounds of the drug. Police also discovered equipment used to dry and produce it.

The drugs, allegedly tied to a Mexican cartel, were estimated by South Fulton Police to be worth roughly $290,000. The department helped in uncovering the lab with help from state and federal agencies and tipsters who first alerted them to the operation.

“We’ve seen significant activity involving meth and heroin, including overdose cases, in the northern part of the city,” said Police Chief Keith Meadows. “Homeland security contacted us with information about a suspected meth lab that was connected to the cartel.”

He added that this wasn't the only time in recent memory that the department has uncovered large quantities of the deadly drug. Meadows said that officers discovered 35 pounds of the drug during a traffic stop on Roosevelt Highway not long before.

Investigators have since charged a 59-year-old suspect with trafficking methamphetamine and said that both properties belonged to him.

“Our area is considered a hub for meth trafficking,” Meadows said. “Interstate 85 is a major route for trafficking between Atlanta and Florida.”

The news also comes just days after another, even larger, drug bust involving liquid meth in Henry County. There, narcotics agents and members of the local SWAT team uncovered 450 pounds of the drug. According to Henry County Police, those drugs had an estimated street value of more than $2 million.

Police haven't suggested whether the two drug busts are connected.