The incident happened in early October. 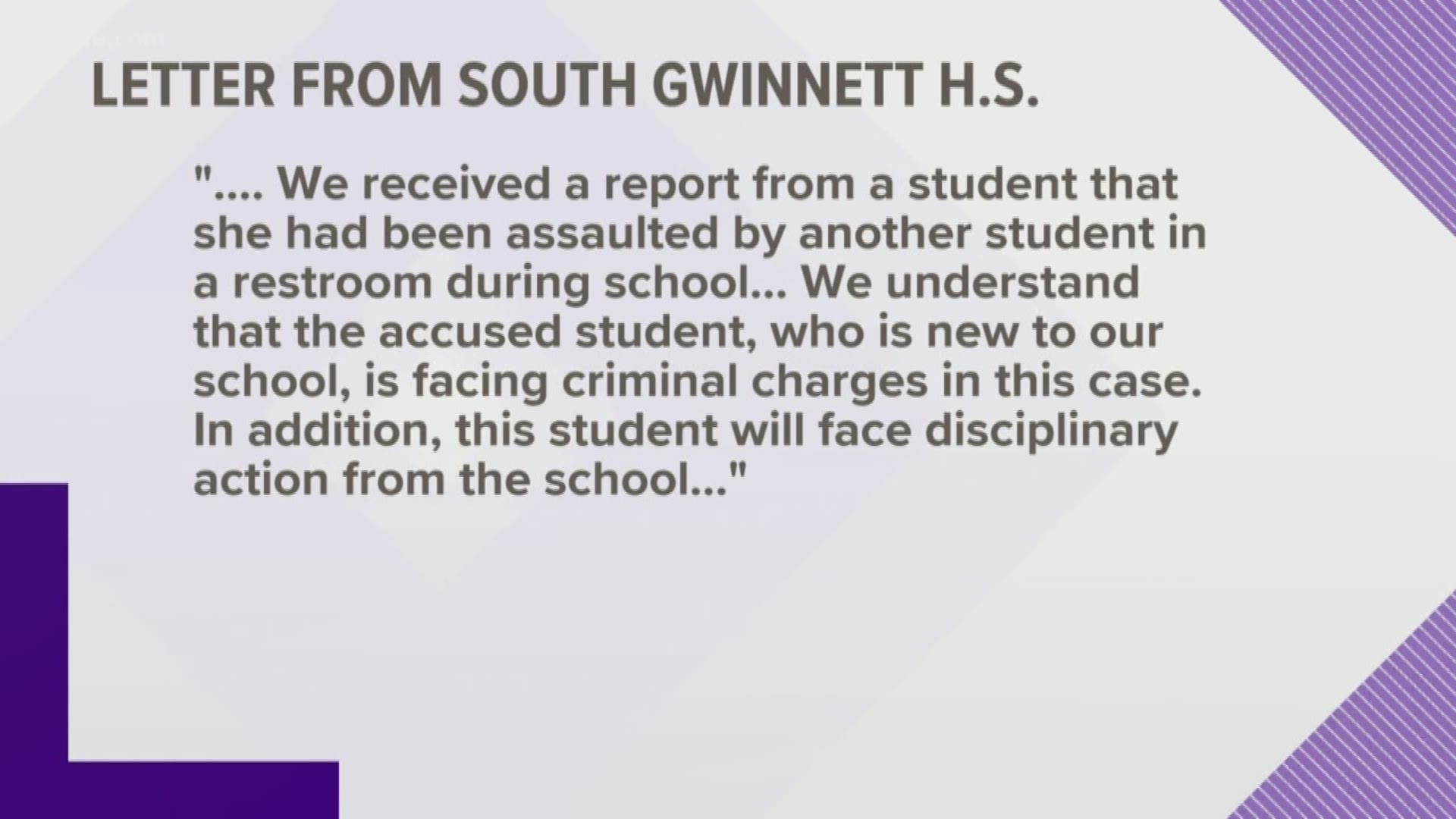 GWINNETT COUNTY, Ga. — A girl reported a sexual assault in the bathroom last month at South Gwinnett High School, in an attack that has the accused student facing criminal charges.

The school sent a letter to parents at the time of the assault, in early October, and provided that letter to 11Alive on Friday.

It explains how a student said she was in the bathroom when she was assaulted by another student during school hours.

"We understand that the accused student, who is new to our school, is facing criminal charges in this case. In addition, this student will face disciplinary action from the school," South Gwinnett Principal Dorothy Parket Jarrett said in the letter. "I understand that these types of allegations are a concern to all of us."

In her letter, Parker Jarrett said she understood "that when a serious incident like this is reported there are many questions" which "cannot be answered as this is an ongoing criminal investigation."

RELATED: What are schools legally required to tell parents about alleged assaults?

"That said, I did feel it was important to notify you about this situation and to reassure you that this allegation is being taken very seriously by our school," the letter stated. "Sexual assault has no place in our school and it is important to come forward and report a crime if it occurs."

The district provided a statement, which read:

Gwinnett County Public Schools is committed to providing our 180,000-plus students with a safe learning environment. That said, assault of any kind is a serious matter and has no place in our schools. Since the beginning of last school year (2018-19), School Resource Officers have investigated and filed criminal charges in two alleged rape cases. While sexual assault incidents are rare on campus, they unfortunately do occur and GCPS is committed to addressing all allegations from both a school and law enforcement standpoint, taking school disciplinary action and filing criminal charges when police determine a crime has occurred.