'I could see just from his demeanor, he had tears in his eyes and he was mad and walking off. I could see he had a pistol.' 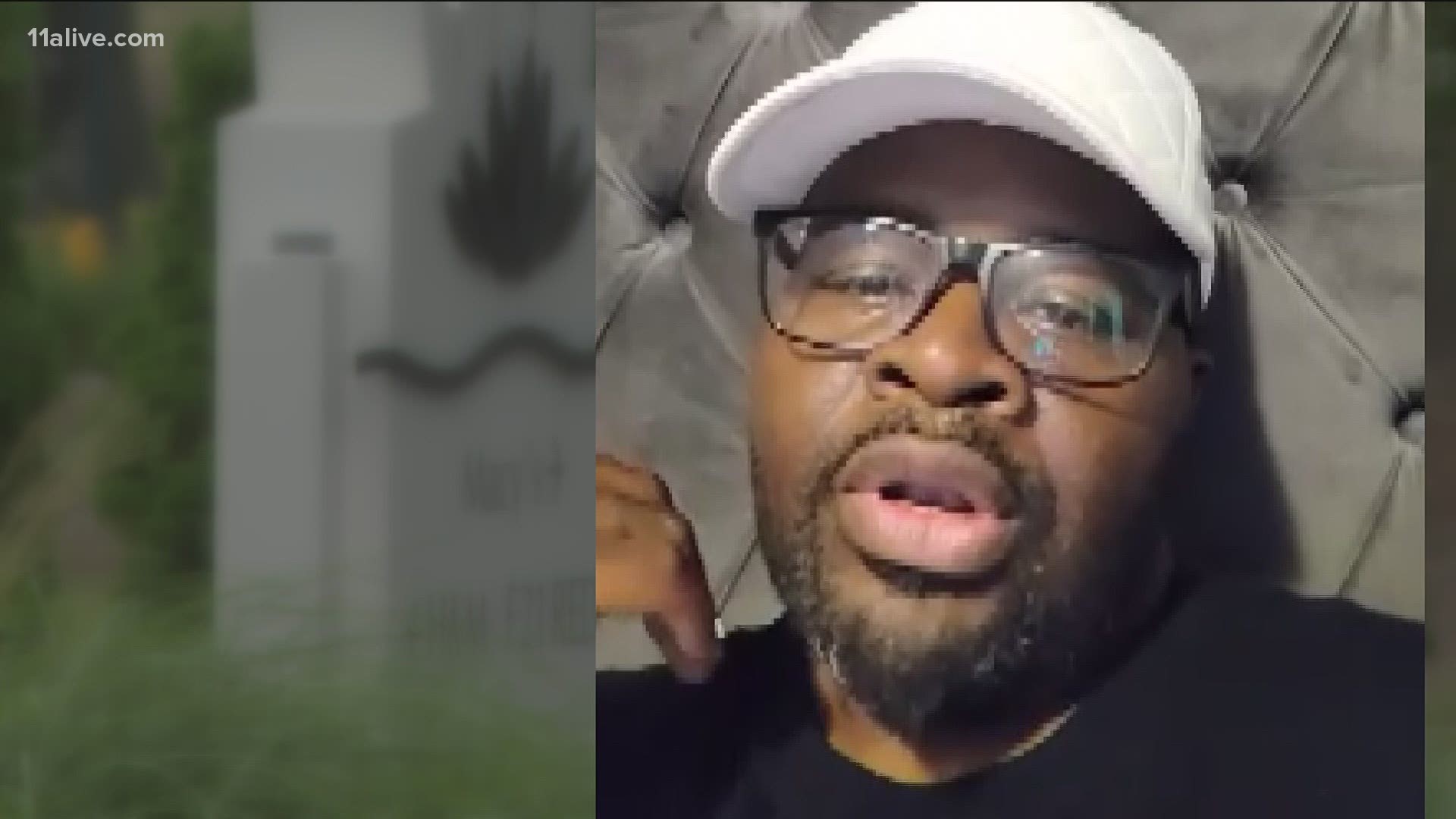 MORROW, Ga. — Morrow Police spent hours interviewing witnesses at Southlake Mall after at least 25 shots were fired during an argument.

Police said they believe it started with an argument inside the mall that migrated to the parking lot, ending with gunfire. One person was hurt.

Anthony Johnson, a witness, said he was fearful as he tried to keep his family safe. He was at the mall with his wife and five children Thursday afternoon when it happened.

Johnson said his little girl bent down to tie her shoe when he noticed one of the men walk out with a gun.

“I could see just from his demeanor, he had tears in his eyes and he was mad and walking off. I could see he had a pistol," he said.

Johnson took his family inside quickly to a store.

“By the time we turned, that’s when everybody started running and they were shooting then," he said.

Johnson hid with his family and others in a store, waiting for gunfire to end.

When he walked out, that's when he noticed his car was riddled with bullets. Police said several vehicles were damaged by the gunfire.

“It’s a blessing we weren’t in the car, because I would have for sure been shot," Johnson said.

Like others, Johnson stood is disbelief, thinking of his children.

"The fear of what could have happened kind of overwhelmed me, but then it was like, it kind of pisses you off, because it’s like, enough is enough," he said. "When is the stupidness going to stop.”

Bullets have no name, Johnson added, and he’s grateful his entire family walked in the mall and left unharmed.

Seven people were detained and one person was shot in the leg. In addition, three people were treated for anxiety attacks.

Morrow Police Detective Sgt. W. E. Skelton said they were notified about the shooting just before 2:30 and arrived in minutes.

"We were able to get here quickly and control the situation," he said. "That's how we ended up with so many people detained."

11Alive is working to find out if all seven people are suspected of the shooting and if all will be charged with what happened.