Sandra White was 36 weeks pregnant. Her son was just 16 years old. Now, the community is gathering to heal and remember the lives that were lost. 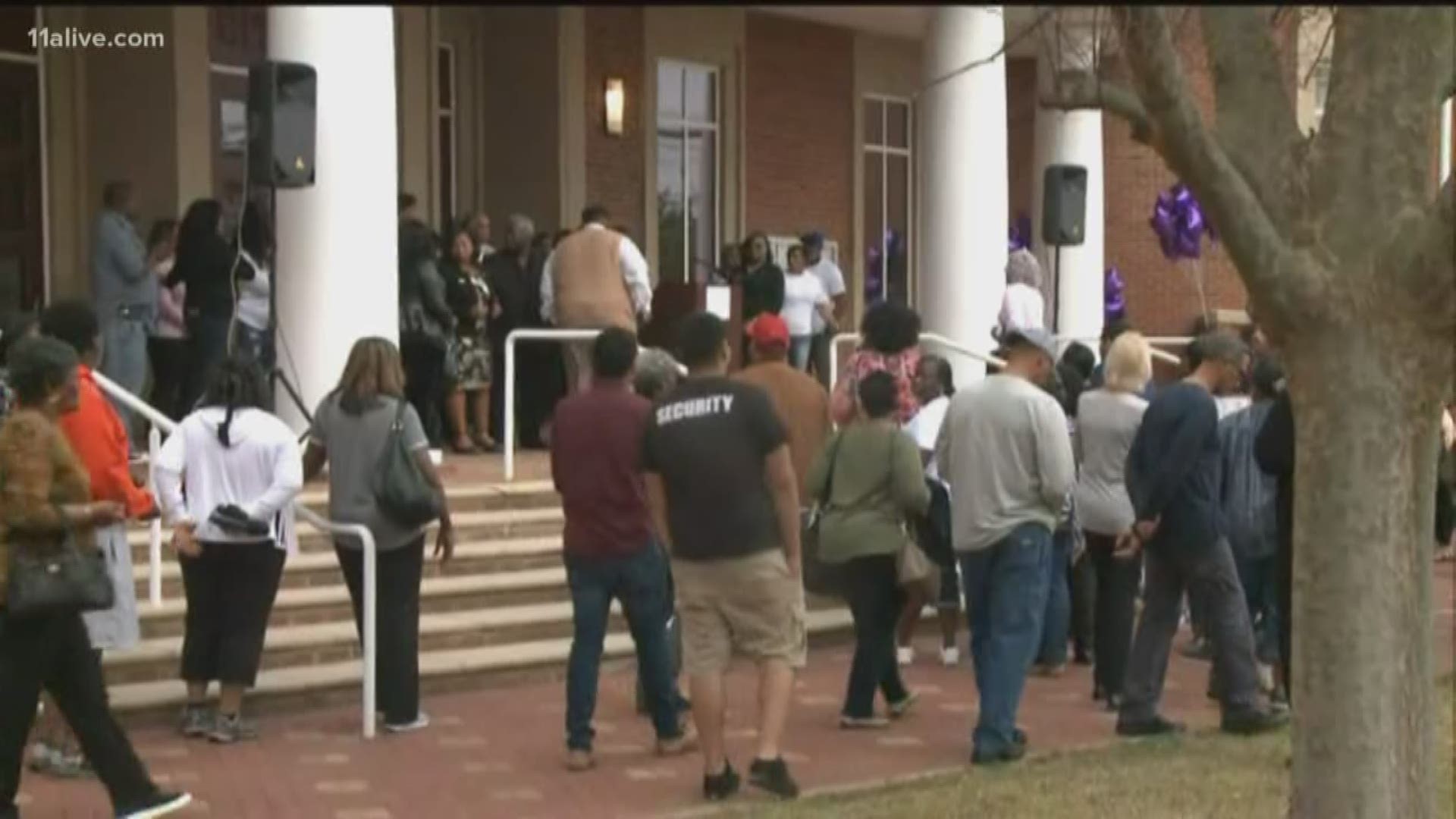 The two were shot and killed by Sandra White’s boyfriend, Anthony Bailey, inside their Stockbridge home on Thursday. The incident evolved into a 15-hour long standoff after Bailey shot two Henry County police officers and refused to exit the home.

Both Sandra and Arkeyvion White had bright futures. Sandra was a registered nurse at WellStar Atlanta Medical South and was back in school to become a nurse practitioner. She was 36 weeks pregnant and her family was preparing to surprise her with a baby shower on Saturday.

Arkeyvion, a promising football player and student at Dutchtown High School, was starting to think about college and dreamed of becoming a professional athlete.

“We were looking forward to holding that baby,” Sandra’s mother, Kathie White, said on Friday. “Me and my husband, we got three babies to bury. We don’t know how we’re going to do it. We don’t know what to do.”

An online fundraising campaign has been launched to help pay for their memorials.

RELATED: Lives cut short: A student-athlete with a promising future. A registered nurse and expectant mother.

The deaths have shocked the community, with neighbors describing the Eagle Ridge subdivision as “quiet.”

Two Henry County police officers were shot – one in the hand, the other twice in the torso. They both underwent surgery at Grady Hospital in Atlanta and are recovering.

After shots were fired, Bailey held police in a standoff at the home that lasted over 15 hours. After intense negotiating and deploying robots and teargas, police moved into the home. They found Sandra’s body in the garage and Arkeyvion was found in an upstairs bedroom. Bailey was found in another room upstairs dead from an apparent self-inflicted gunshot wound.

Police said they don’t know how long the mother and teen had been dead and no contact was made with the victims during the standoff.

"I want the community: my daughter was a good girl," Cathy White said. "She didn't have a record. My grandson was a good kid. He wanted to be a professional football player. He doesn't even have a chance now."

Bailey was Sandra's live-in boyfriend and the father of her unborn baby. Police believe that he attacked her when she tried to break up with him. She had served him an official eviction notice in March 2018, according to Henry County court records.

"We saw no problems whatsoever," Cathy White said. "She didn't let us know about her problems -- if she had any. But I think, yesterday, she got fed up. He was drinking a lot. She wanted him out of her house. That was her house."

Now, the grieving parents are offering their prayers for the wounded officers and asking for help in their own troubled journey ahead.

"We loved both of them," Cathy White said. "We need help."

If you or someone you know is a victim of domestic violence, call the National Domestic Violence Hotline at 1-800-799-SAFE (7233)