Store owner: Customer shoots, kills cashier who asked him to pull up his face mask

An off-duty deputy returned fire, wounding the suspect who was identified by the GBI as Victor Lee Tucker, 30, of Palmetto, Georgia. 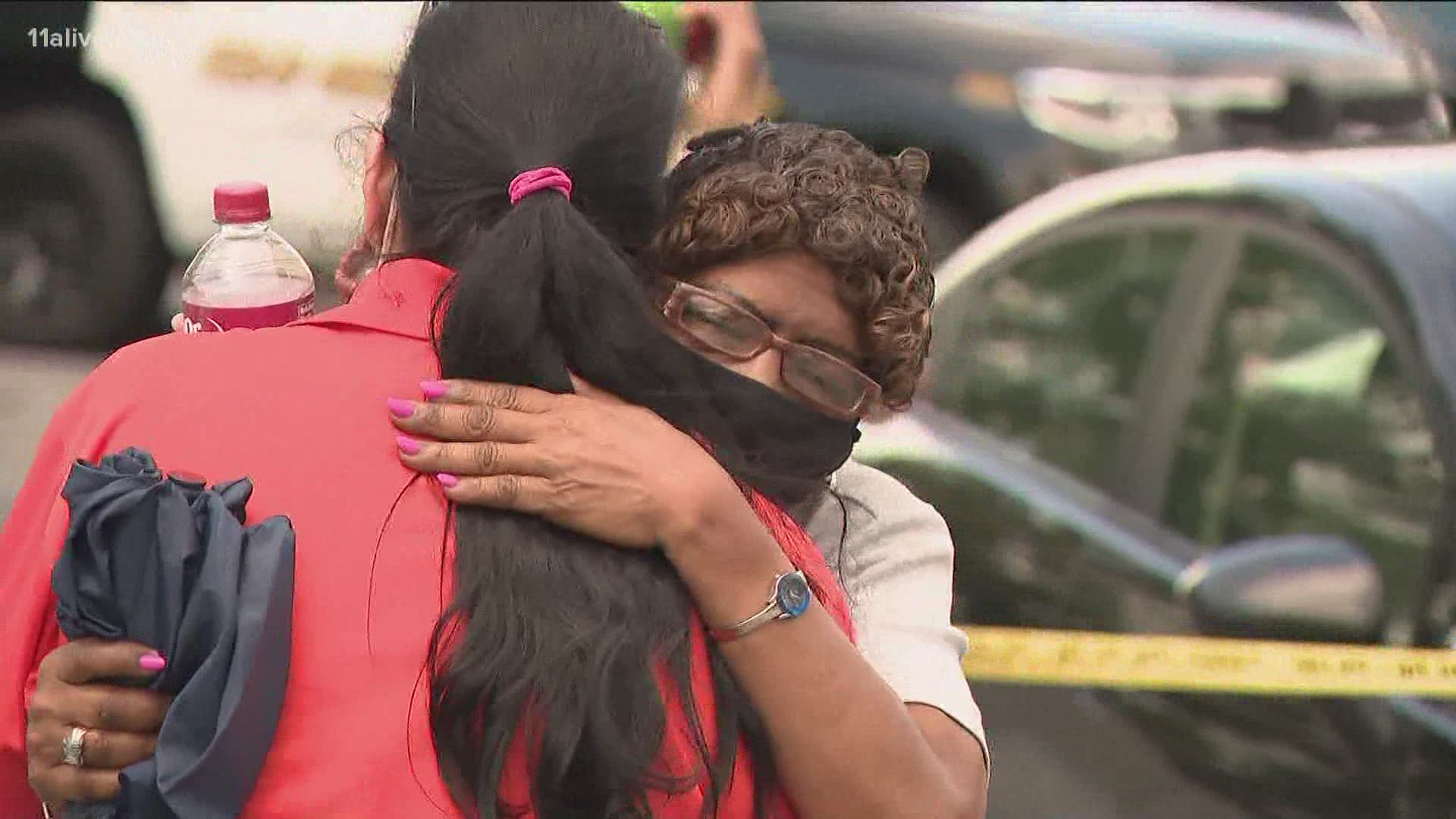 Monday night the GBI released the name of the man suspected of killing a supermarket cashier during a dispute over his face mask—Victor Lee Tucker, 30, of Palmetto, Georgia.

Tucker is also accused of shooting an off-duty DeKalb County Sheriff’s deputy who was at the store, Big Bear Supermarket on Candler Road, just south of I-20. The deputy was there working security.

The DeKalb County Sheriff said the off-duty deputy, who has been identified as Danny Jordan, 54, was shot twice and was stable at Atlanta Medical Center.

The owner of Big Bear Supermarket said Monday night that the cashier who was shot and killed was a kind, loving, human being, who simply asked a customer--the suspect--to pull up his face mask.

“He just walked straight up to her and hit her with the gun, and then started shooting,” said a witness, Allen Williams.

“Someone hollered, ‘They’re shooting!’ And I hit the floor,” said one of the customers.

The GBI confirmed Monday night that Victor Lee Tucker “got into an argument with a cashier about his facemask,” according to a GBI spokesperson.

“Tucker left the store without making his purchase, but immediately returned inside,” said the spokesperson. “Tucker walked directly back to the cashier, pulled out a handgun, and shot her.”

“Obviously, there’s something wrong with him,” said the store’s owner, Ray Kim, Monday night, saying he and the employees are “in disbelief, can’t believe someone would do this to another human being.”

Kim said he has known the cashier and her family for 15 years, and that she did nothing to provoke Turner.

“He had a mask” on his face, Kim said. “She is just a very cautious person, so she had asked him to pull up his mask. He refused, and walked out, came back in, and did that.”

Customers said later they heard two shots, at first, then additional gunfire as they ran for cover and dove to the floor.

“My life flashed before my eyes,” said Ashley Cheek. “And I said, ‘I’m in a grocery store buying groceries and I might never see my kids again.’”

“Everybody was afraid,” said another customer, “and then I still heard more firing and I said, ‘Oh, Lord, he’s going to kill up everybody in the store.’”

“He responded very well, to possibly keep other individuals from being hurt.”

Sheriff Maddox said deputy Jordan is a 30 year veteran of the DeKalb County Police Department and is now retired from the force, serving as a Sheriff’s Reserve Deputy and working, off-duty, as the supermarket’s security officer.

“This is a terrible world we’re living in, now,” said another customer. “But, you know, you just have to stay prayed up, and whenever you go out, ask God to watch over you and bring you back.”

In the parking lot outside the store, colleagues and friends of the cashier embraced each other, in tears, grief-stricken.

“She was a kind, loving human being,” Kim said. “We can’t understand. There’s nothing to understand.”

A second cashier was “grazed by a bullet,” according to the GBI, and she was treated at the store.

The suspect was being treated for his gunshot wounds at Grady Memorial Hospital.

DeKalb County police had not, as of Monday night, announced what charges they will be filing against Tucker in this dispute over his mask--charges will certainly include murder.