Witnesses said the racers blocked the street for more than an hour overnight Saturday into early Sunday. 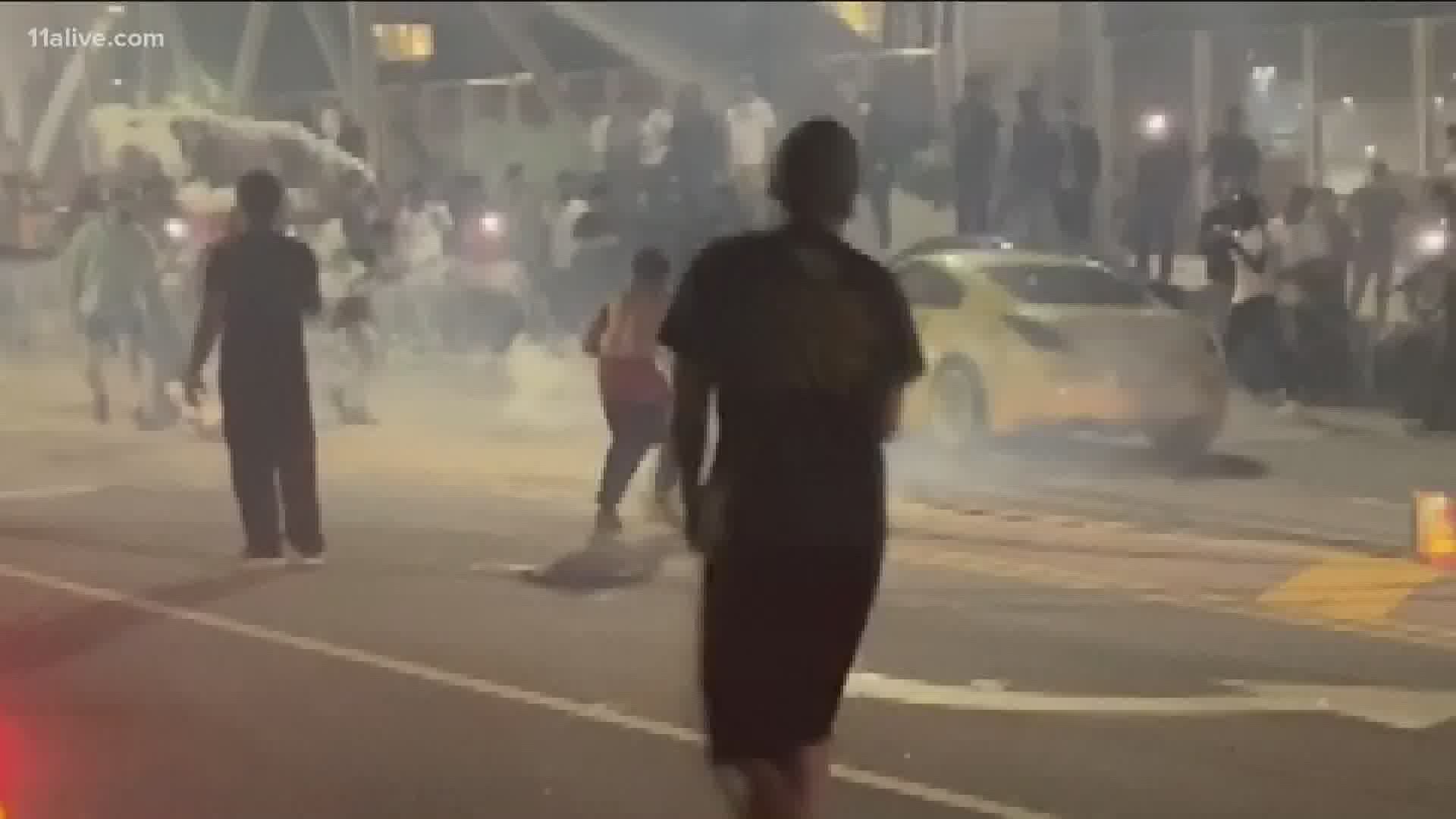 ATLANTA — Dozens of street racers were caught on video blocking off traffic on Peachtree Street near the intersection with Deering Road late Saturday night and early Sunday morning.

In the video, the racers can be seen smoking their tires and doing donuts in the middle of the street.

Some of the racers and spectators can also be seen shooting off fireworks.

Witnesses said the group was out there for more than an hour.

This is not the first time we have seen this type of activity. Back in May, Atlanta Police cited 114 people and impounded 29 vehicles following a street racing bust.

Other similar incidents have taken place on Intestate 285 inside the airport tunnel in Clayton County and at the parking lot behind the Varsity Drive-In Restaurant in Midtown.